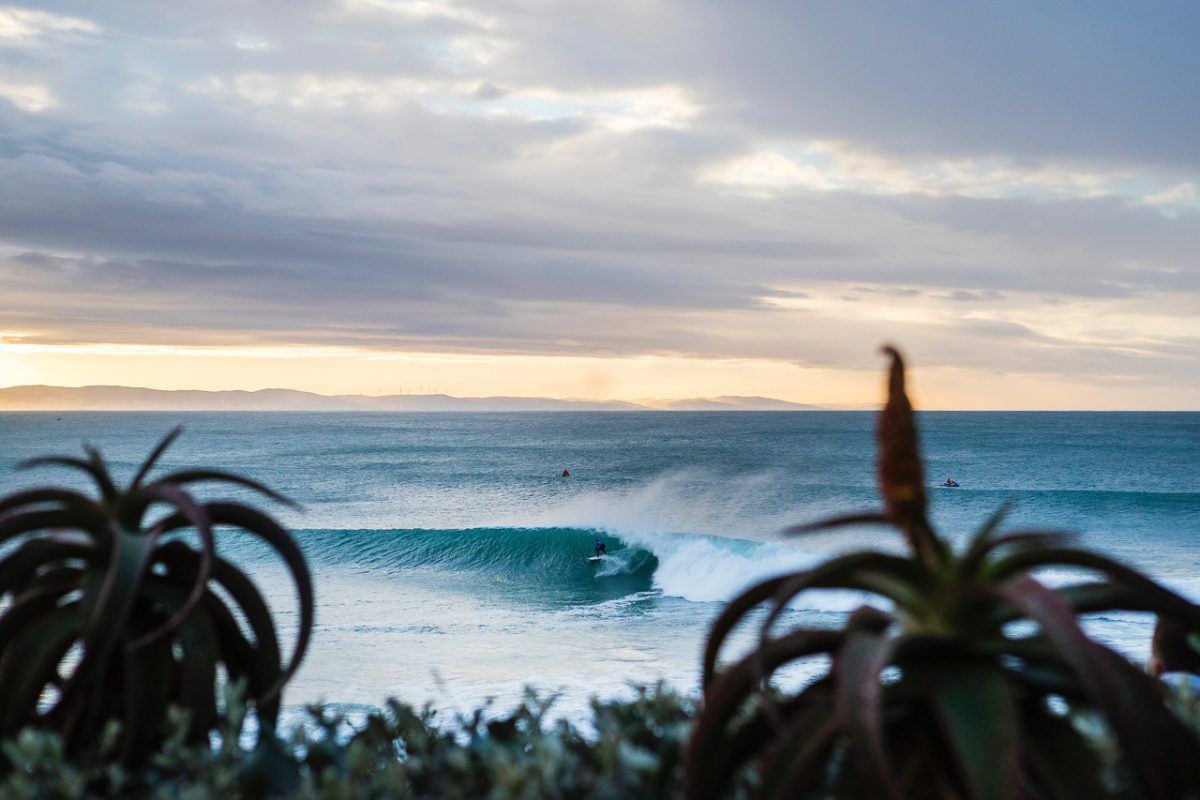 We Break Down Twenty Point Heat From 2017 With Jordy Smith

We waited until all the loud celebrations had subsided after Jordy’s prefect heat score, before we had a chat to try and break down what actually happened out there last year. It was a big deal, there are not too many 20-point heats in the history of the sport, and this was the first one ever at a Championship Tour level at JBay.

That was a great performance last year. Great waves as well.

At that stage I just felt so blessed. That was an incredible heat and I am so stoked to have surfed that heat last year. There were such unbelievable waves out there. To do it, to get twenty points in front of all my friends and family and all these local fans was also just such an amazing thing. It was on Mandela Day last year as well.  I think Madiba was looking out for me and sent me the bombs.

You obviously heard all the crowds roaring while you were out there. How did that make you feel?

Well, it was pretty windy and noisy out there, but yes, I could hear the crowds and it was really cool. It gets you so pumped. It makes you feel so stoked you know, to have all the support out there. 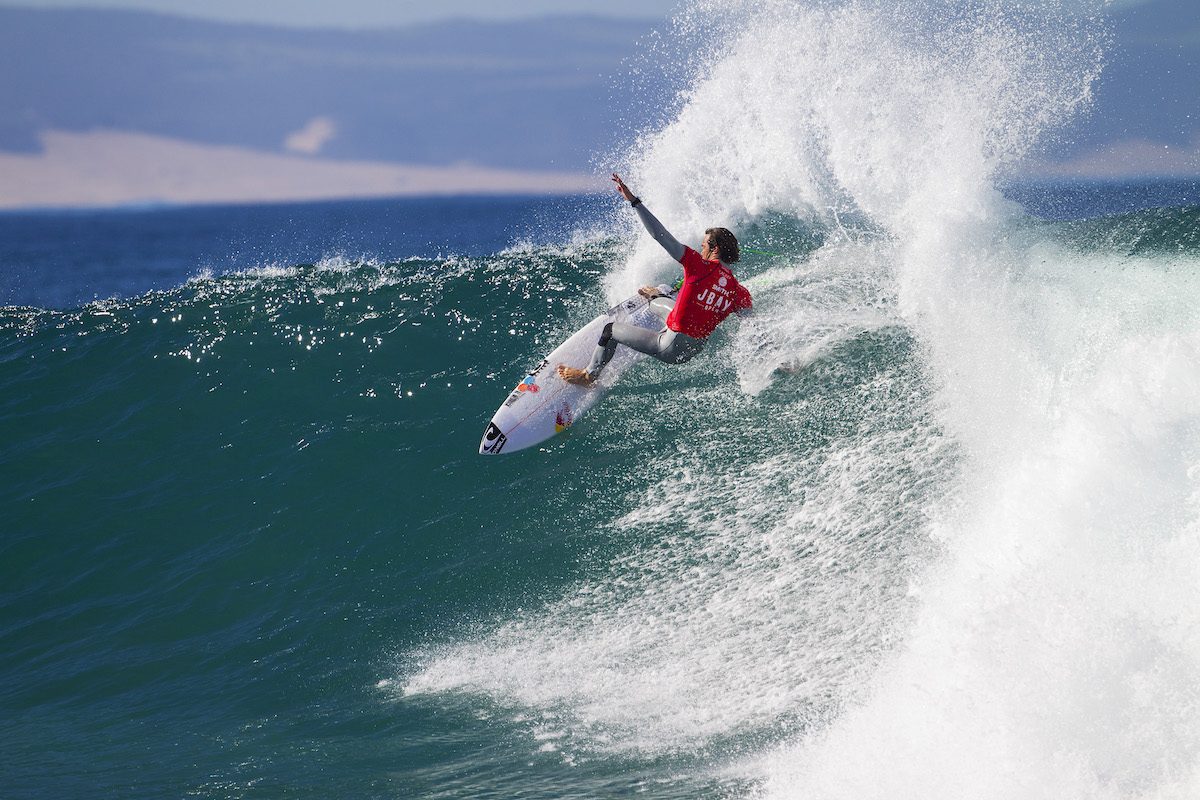 Your first ten was incredible, but that second ten. When did you feel that you might have something special coming up? You pretty much did everything possible on that wave.

I’m not sure. I think it was towards the end of the wave. That last floater, it was a big section, and a big move, and I already had done so much on the wave. It actually had me a bit stumped. I actually didn’t know what else I could have done on that wave. When I made the floater I though that it might be another ten.

Then you got it.

So stoked. It was just the most amazing feeling.

Your fans on the beach gave you quite a reception when the score dropped.

I know. That was so cool. I stopped and acknowledged all the cheering. That moment was such an incredible feeling.

Where did that leave you, in the bigger picture last year?

Well, the thing is, that score is already in the past, and I’ll have the rest of my life to bask on that result, but it’s done now. It bears no relation to what I need to do this year. I’ll have plenty of time to reflect on that heat in the future but for now I’m just focused on the next event.

You said that you did everything you though you could do on that second ten. Agreed, you had an incredible variety of moves on that wave.

That was exactly it. On a previous wave I did two carves that felt quite similar to each other, and I did two other lip turns that kind of also felt a similar, and as a result I got a score of 8.5. It was clear to me that the only way to get the big score was with a variety of moves, so I was totally focused on my repertoire and making sure that there were no repetitions out there in my turns. 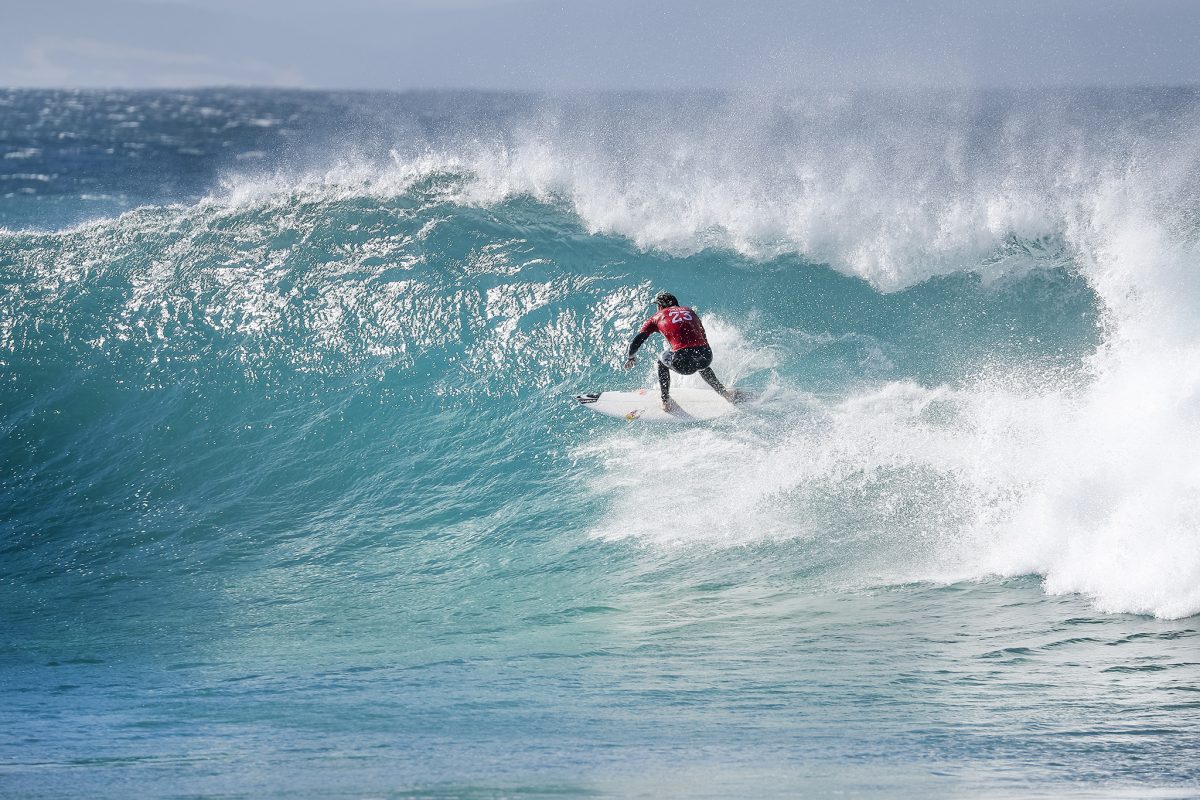 Pulling in along the way to a 20-pointer © WSL/Tostee

There are people who say that JBay is a complicated wave; that it’s a great wave to surf, but a hard wave to surf really good.

Well, the thing is that when you get a good one and you surf it really well, it’s magnified, you know? When you do a big carve or a power turn or get a good barrel, it looks so good at Supers. The problem is that it works both ways. If you do a poor turn it also gets magnified. So if you bog a rail or something on a perfect wave at Supers it looks so bad.

It was solid out there during your heat, and blustery at times. Did you need to change your equipment at all? There were a few surfers who were changing equipment a lot last year.

No, it was my standard board that I was using. There were those incredibly perfect waves out there. I was just gifted with two of the best waves of the heat, and there was no need for any changes in my equipment.

For sure there were quite a lot of different waves out there, with the bigger sets pouring through every now and again. You just had to be very careful out there to make sure you had the ones that unloaded. It’s hard when the waves are pumping like that because you just want to ride all the waves. So you have to keep it calm and focus on the right waves. If your waves had too much swing on them, going too wide, then it’s kinda more difficult to get the big scores.

I was sitting upstairs with Grant Baker at the time, and when you landed that final floater we looked at each other and we both said, “Ten point ride,” at the same time. There was no doubt in our minds, so well done. It was a proud moment.