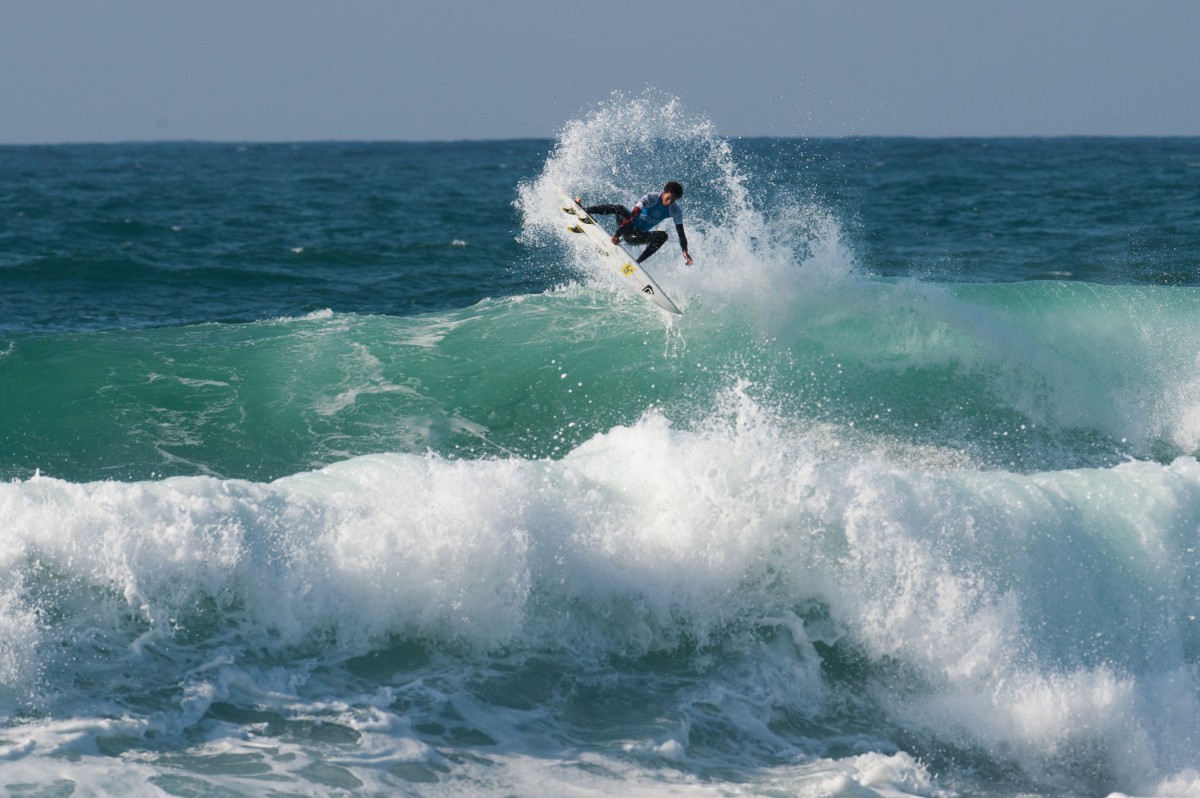 This morning, while anticipating a fun day watching his heroes after a leisurely breakfast, Michael February (22) had to grab his wetsuit and surfboard and paddle out for a heat with a mere 30 minutes’ warning. This was after Mike Banting of Australia had to withdraw from the JBay Open of Surfing, a 2015 Samsung Galaxy World Surf League (WSL) Championship Tour (CT) Event.

Mikey, as his friends call him, held the second wild card to the JBay Open, clocking in after Slade Prestwich during the JBU Supertrials presented by RVCA on June 14, 2015. He is a Kommetjie-boy who arrived only two days ago on the very slim off-chance that an upset might see him competing.

His most intimidating opponent when he could actually take to the water, was Mick Fanning of Australia, three times world champion and current king of the JBay Open. Tomas Hermes of Brazil was the third man in the heat.

“But there was no time for jitters,” says Mikey, thrown in at the deep end.

He caused quite a few gasps and enthusiastic applause from the grandstand when he boldly landed a forward rotation (360 Air) on his first wave in front of an international panel of judges. Scoring a 11.33 to Fanning’s 15.67 and Hermes’s 7.66, Mikey was stoked with his impromptu performance.

“I feel good, even more so now,” he said, getting out of the water and still gasping from the paddle.

“I used the wind to get some air. I am happy that I could be part of the competition today and super excited about tomorrow.”

He also had a dream come true – “through the luck of the draw,” Mikey added, referring to the last minute invitation.

With a host of little ones seeking signatures and wanting to chat with him, he patiently stopped, scribbled and talked, smiling all the way to the showers. With his gravity defying attempts he surely inspired a few future surfing champions.

Mikey is surfing against Filipe Toledo from Brazil in his Round 2 heat when the JBay Open resumes. 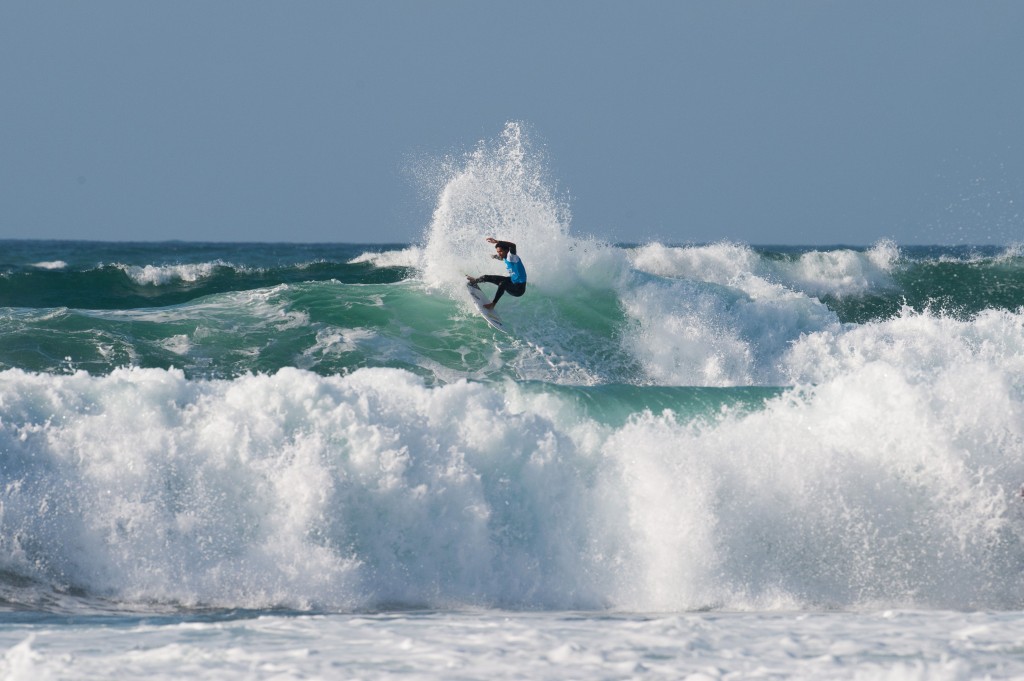 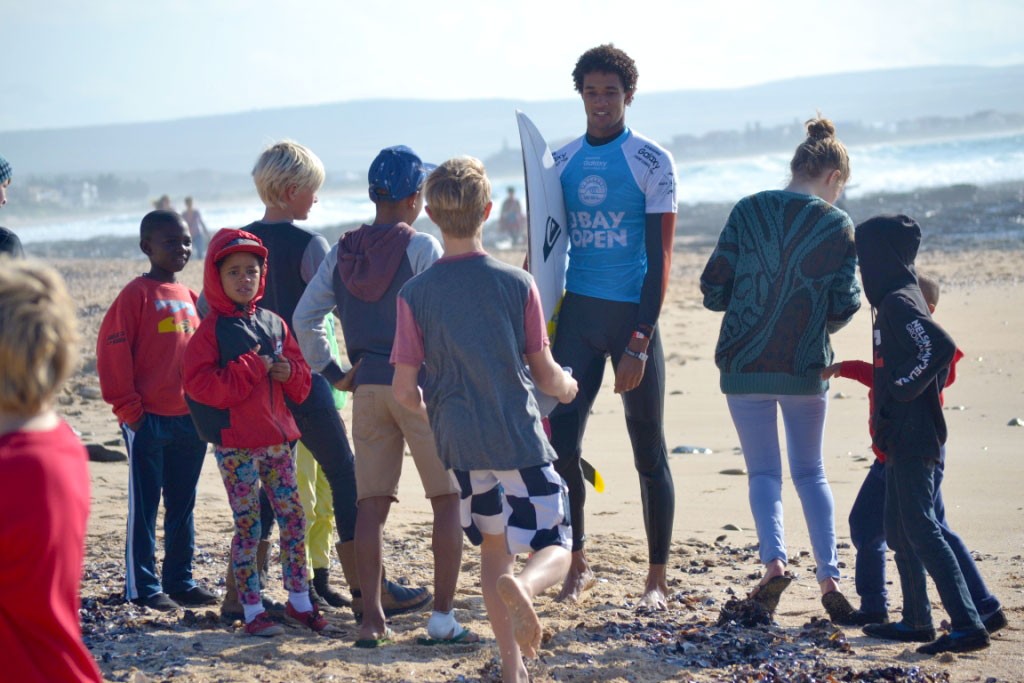