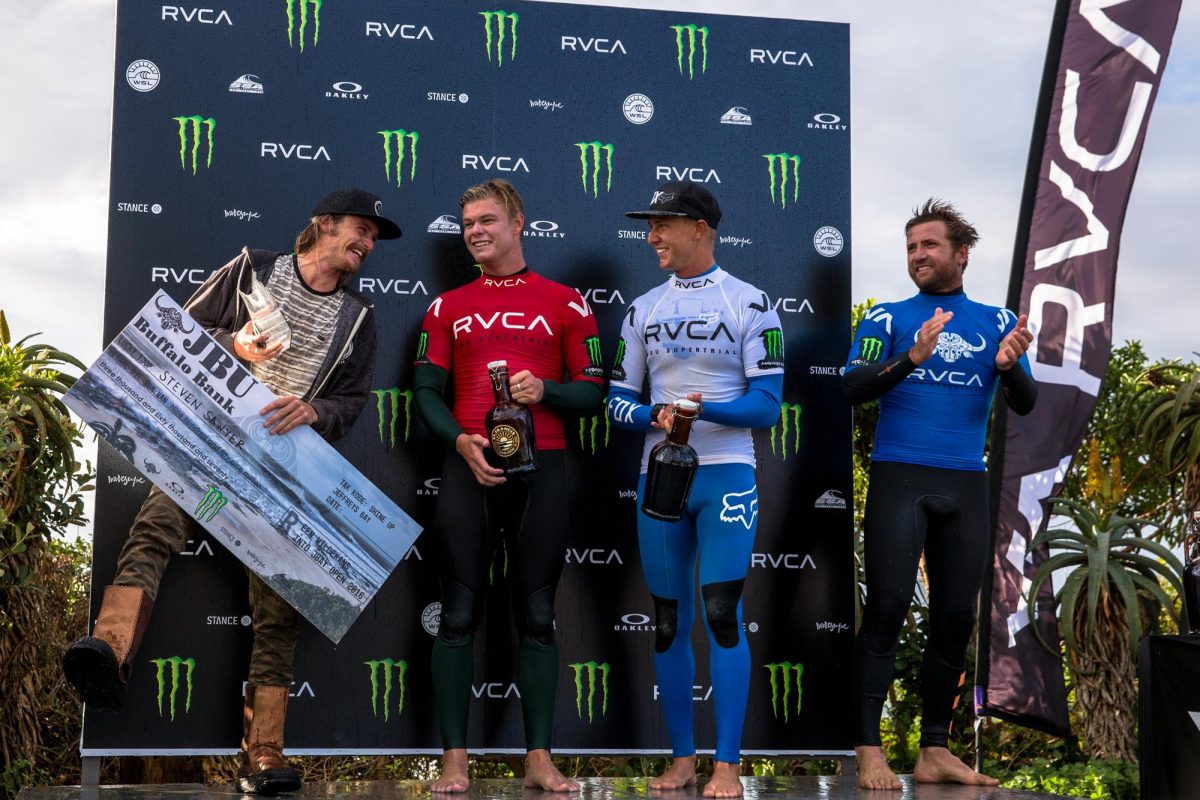 The surf pumped throughout the day, and the 24 invited surfers were blessed with consistent four to six-foot and perfect Supers waves all day. There were long tube rides, and some powerful rail surfing from the best surfers in the country, but it was the local surfer who emerged victorious in the end.

Sawyer, the only goofy-footer in the final, was trailing in second place behind Dale Staples, when he picked up a long wave near the end of the heat. Performing some big turns on the open face, and getting a tube-ride, he secured the score that he needed to win. 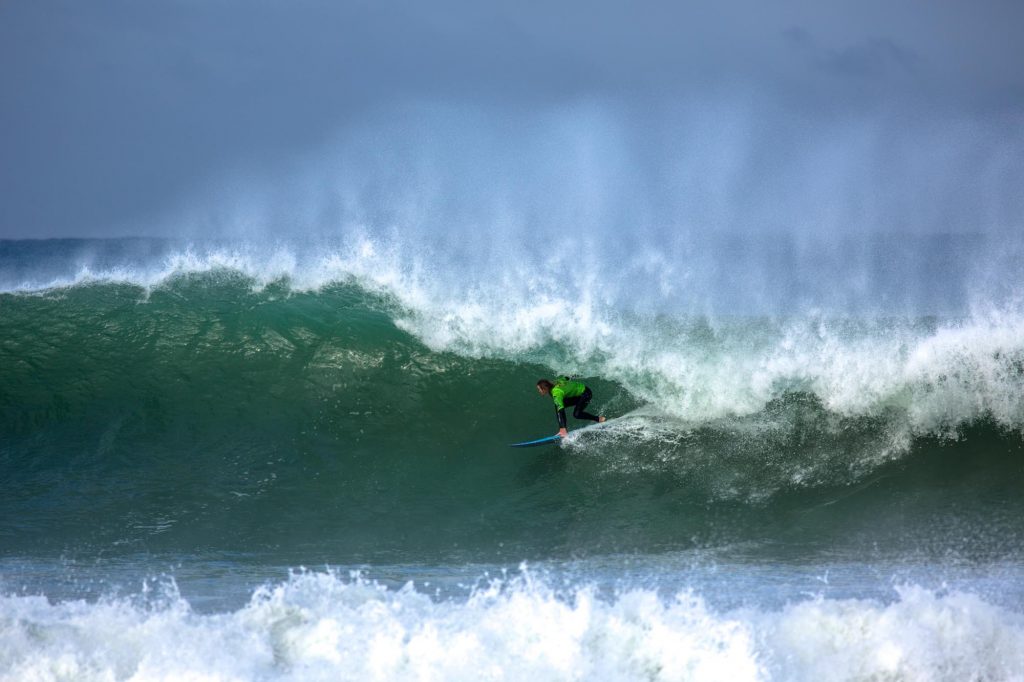 “I had no idea that I had won,” said an elated Sawyer on the beach immediately after the final. “I didn’t think I had the lead, but I am so stoked. I have wanted to surf in the JBay Open since I was a little kid and now I get my chance.”

Sawyer, who had a slow start in the final, admitted that he didn’t win the final with his best performance. “Well, I didn’t win by posting nines,” said Sawyer, “I didn’t do that much out there, but did enough to win. I have never been so happy to win an event.”

Dale Staples was in the lead for much of the final, but couldn’t hold at the end, succumbing to Sawyer’s late charge, and ended in second place. The 2014 JBU Supertrial winner Dylan Lightfoot was in third place, and Sean Holmes was in fourth.

Holmes, one of the most successful wildcards at JBay suffered a big wipeout in the beginning of the final that rattled him a little. Holmes went for broke on a big set wave, and came unstuck at the top, falling through the air and barely missing his board.  “I really got thrashed out there,” said Holmes afterwards. “My vest got pulled right off me, and I was totally winded.” 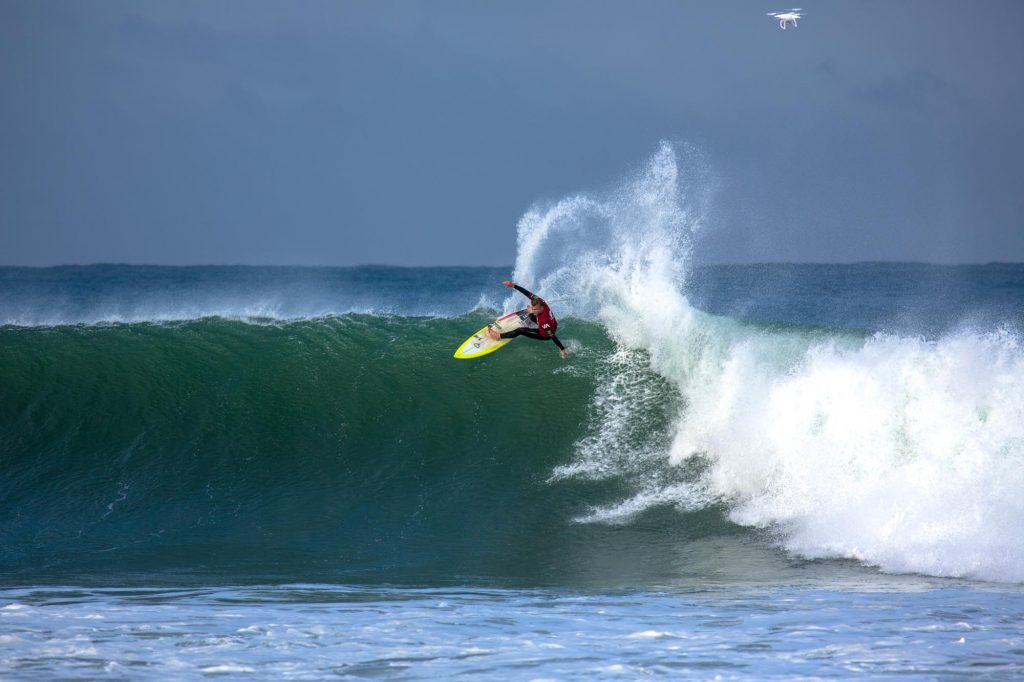 Other surfers who surfed well and won prizes accordingly in the contest were: