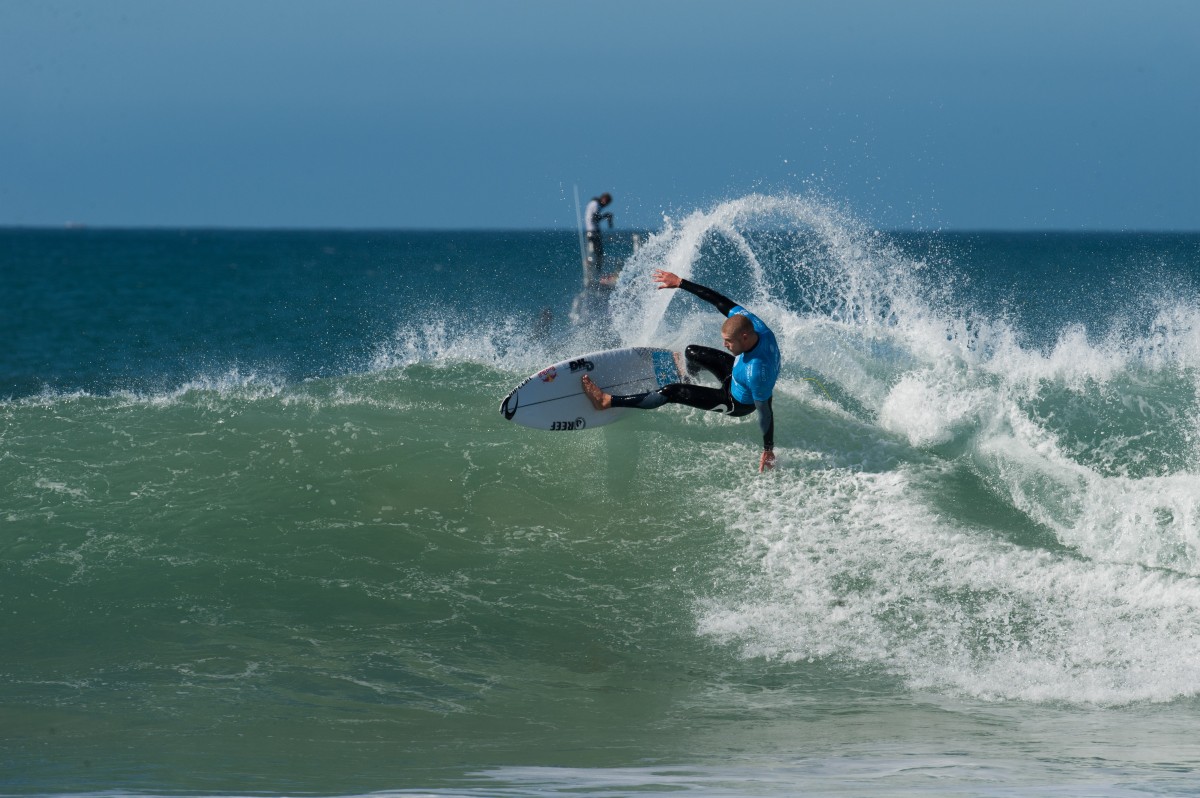 Jeffreys Bay – The JBay Winterfest presented by Woodlands Dairy drew to an early close yesterday, as the final event in the festival, The JBay Open, was called off due to a shark encounter.

Defending champion Mick Fanning was sitting up the point when the shark, presumed to be a Great White, attacked him, knocking him off his board. The scene unfolded live on  www.worldsurfleague.com and the world watched on in shock as he fought the shark. Mick was seperated from his board, and after a brief time swimming, was picked up by the Water Safety.

Despite being severly shaken by the experience, Mick was unscathed by the incident. Julian Wilson paddled straight towards Mick when he grasped what was happening. “I was watching him and had my eyes on him,” said Wilson. “Mick was looking up the point and I saw the whole thing pop up behind him. I saw him get knocked off his board and then a wave popped up and I thought, ‘he’s gone.’

The WSL awarded both Fanning and Wilson equal second place and 8,000 points on the Jeep Leaderboard. The also will split the prizemoney, receiving $70,000 (R840,000) each.

The J-Bay Open is the showcase event at the J-Bay Winterfest, a multi-sport and music festival in Jeffreys Bay from July 8 – 19. More details at www.jbaywinterfest.com .

The event hashtag is #jbaywinterfest