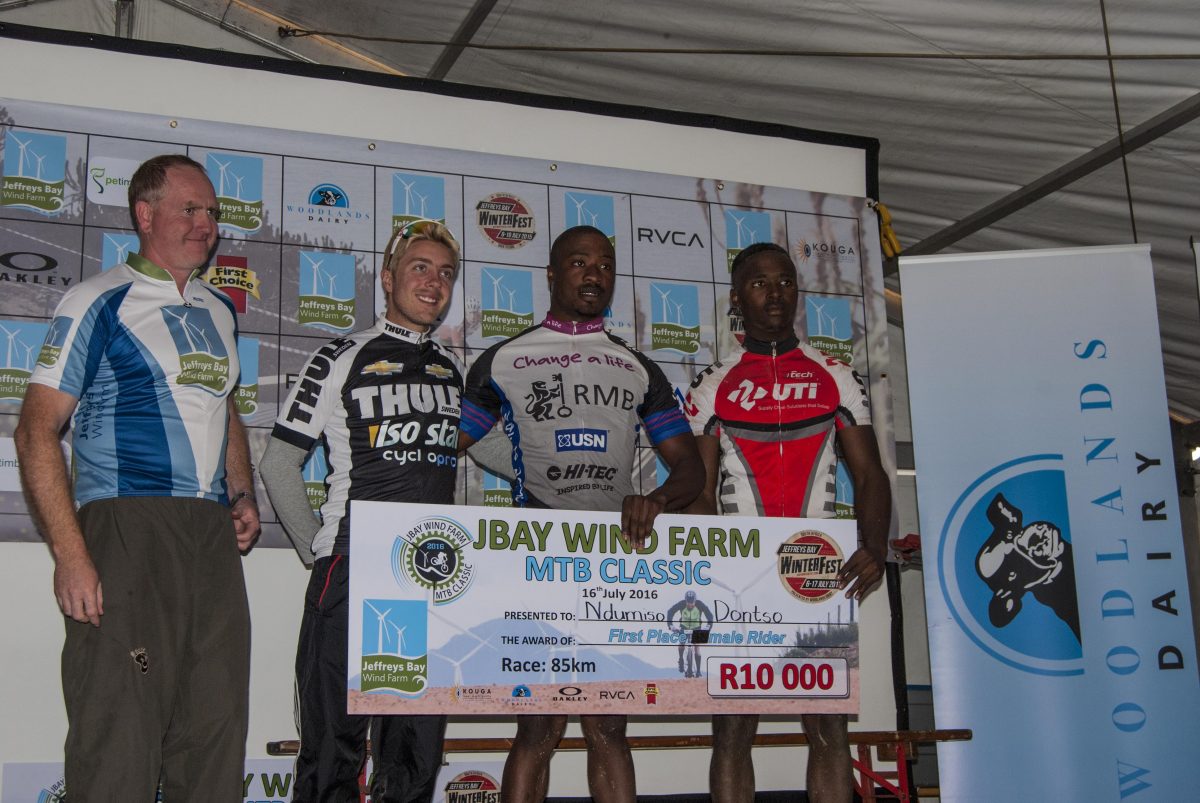 JEFFREYS BAY, EASTERN CAPE – Ndumiso ‘Maza’ Dontso won the JBay Wind Farm Classic on Saturday 16 July 2016, beating Jason Meaton and Luvuyo ‘Thando’ Siyasi. Maza, who hails from Molteno is part of Martin Dreyer’s RMB Change A Life MTB team and is based in The Valley of a Thousand Hills in KZN, this was his first win – and indeed his first race – in his home province.

“I’m very happy with the win,” said a visibly elated Maza after the win. “It was tough though – the wind played a big role and for a large part of the race I was isolated.” Indeed, the ‘wind’ did show up for the fourth edition of this event (previously known as the JBay MTB Open), in the form of a stiff morning Southwesterly – which provided perfect offshore conditions for the JBay Open to be completed up at Supertubes – but then perhaps it wouldn’t be a fitting ‘Wind Farm Classic’ without.

According to Maza he played it safe early on and worked with another rider while to others were up the road. At around the 35-kilometre mark he made his move and stayed out front for the rest of the 85-kilometres (with some 1462 metres of climbing). “I just put my head down and road a consistent tempo,” Maza said.

While Maza, De Villiers and co were battling it out at the sharp end of the field some 500 other mountain bikers braved the the chilly, blustery conditions to ride the only event of its kind to traverse a wind farm over three routes – 85km, 50km and 25km.

“The race is going from strength to strength and that shows in the entry numbers, which have more than doubled since last year,” commented Willie van Niekerk Commercial Director of the Jeffreys Bay Wind Farm, who himself completed the 25-kilometre route.

“There was some very good wind,” he joked at the prize giving, “we always appreciate good wind, being a wind farm.”

The Jeffreys Bay Wind Farm has committed to at least three more years as title sponsor of the event so it promises to keep growing. “Mountain-biking being a carbon-free, clean sport is exactly the way we want to do business,” he said. “Another aspect of the event is that it offers people the opportunity to get access to see the turbines up close, which is not always possible.” 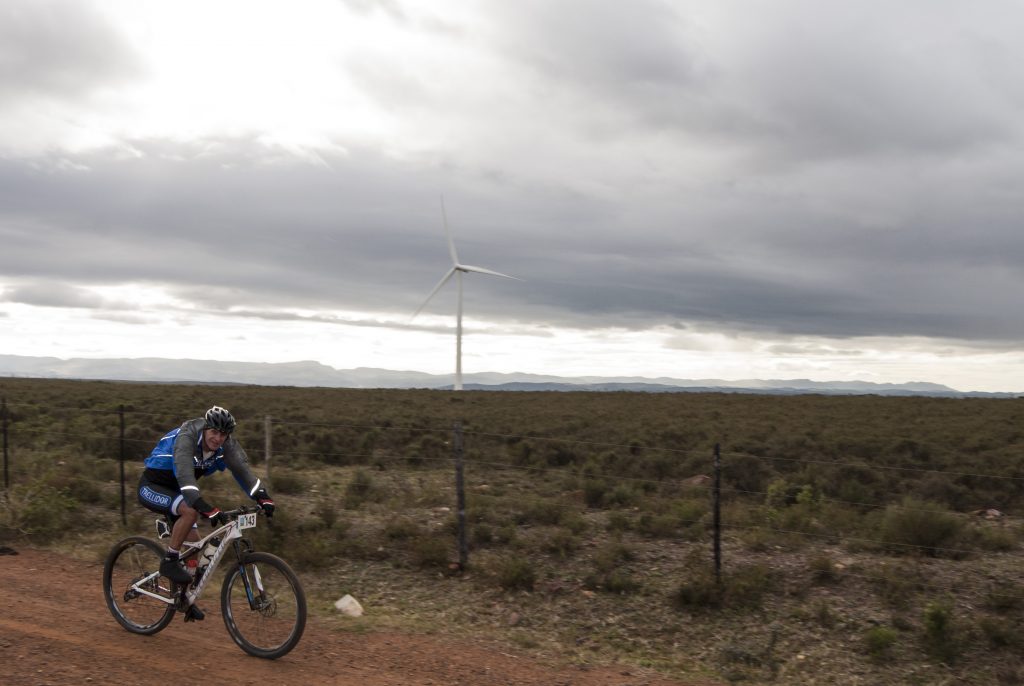 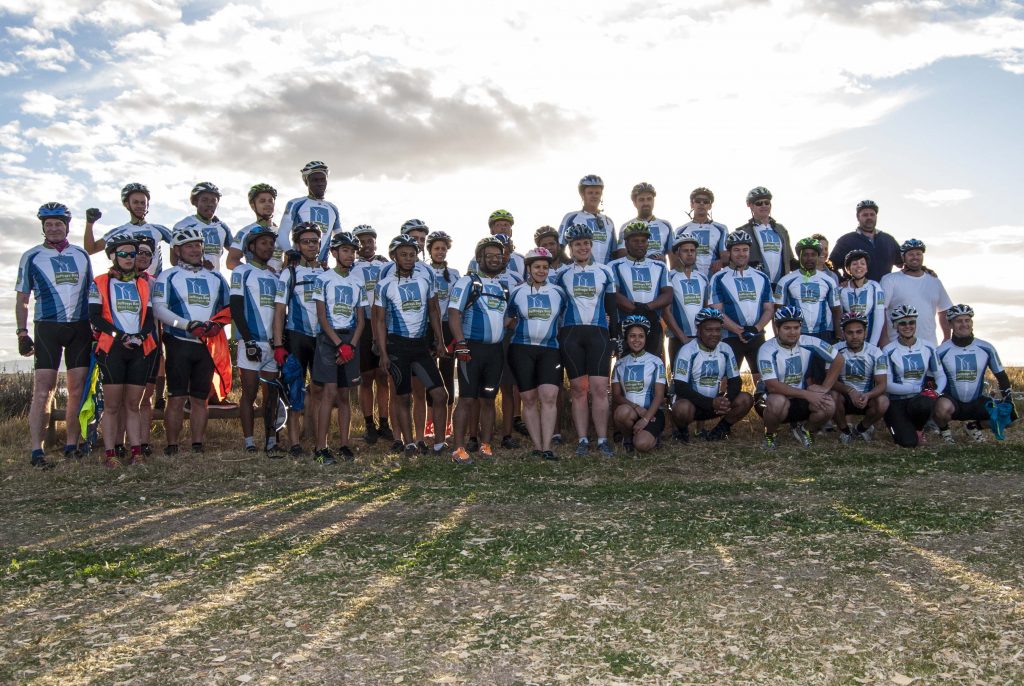