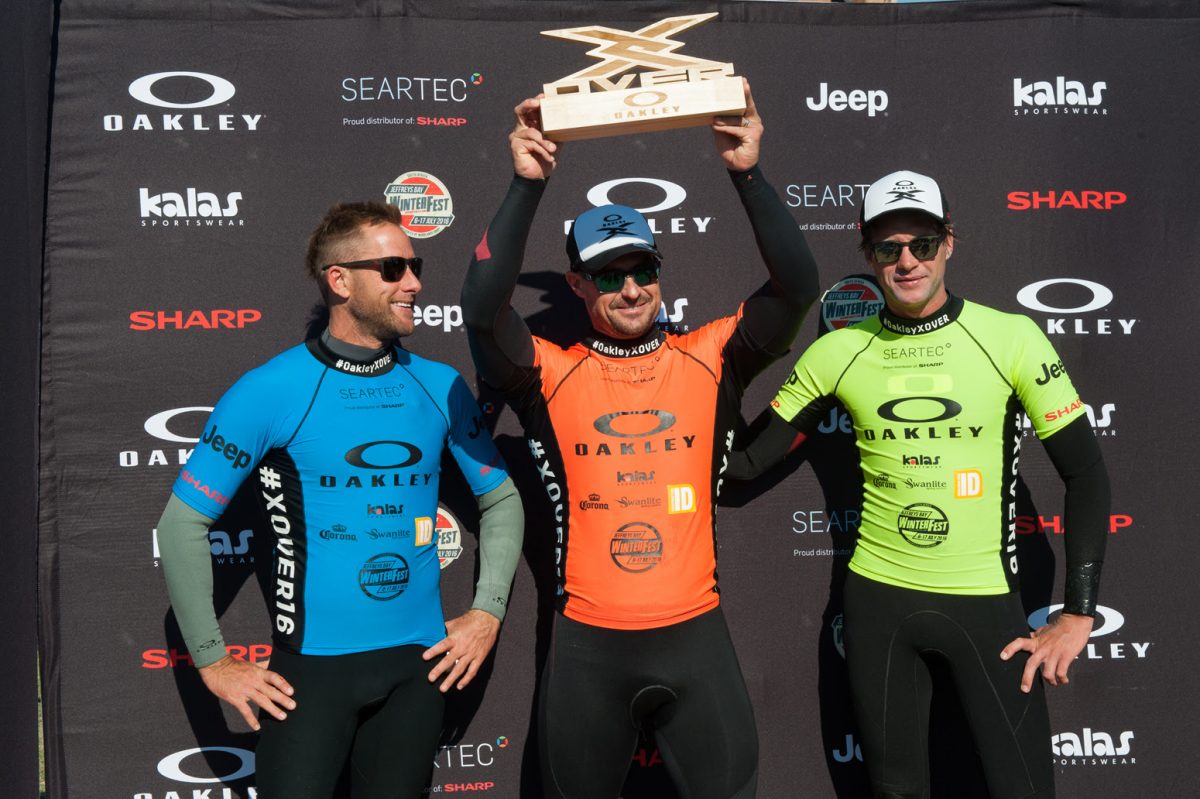 JBay – A warm northwesterly breeze ruffled the waves at Lower Point in JBay ever so slightly, but the conditions were very contestable for the final day of surfing in the Oakley X Over presented by Seartec.

With perfect two to three-foot waves reeling down the point and a packed Lower Point beach, the celebrities took to the water to contest for a place in the final.

A multi-disciplined crossover event featuring Golf, Mountain Biking and Surfing, the Oakley X Over has become one of the big attractions at the JBay Winterfest with competitors being some of the most famous sports celebrities in the country.

During the early rounds, learners from the St Francis College came down to do a beach clean-up and meet their heroes. They got to meet and shake hands with the likes of Garreth ‘Soldierboy’ McLellan, Butch James, John Smit, Bobby Skinstad and Tonderai Chavhanga to name a few. 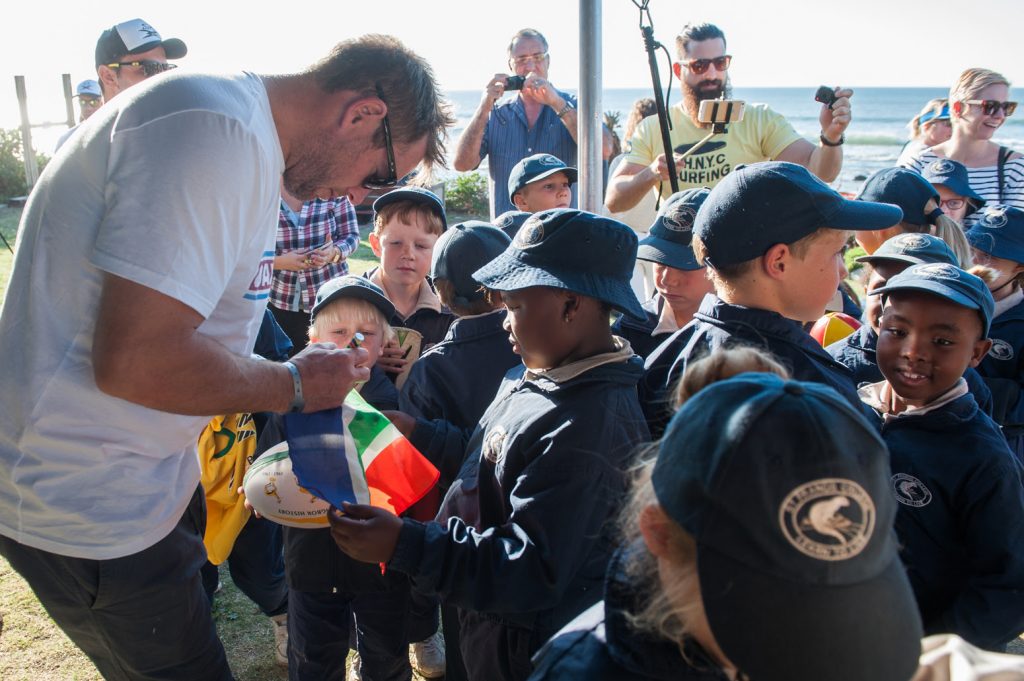 In the first semifinal it was Raynard Tissink and Greg Minnaar in first and second, eliminating Ryan Sandes and Bobby Skinstad in the process. “I was robbed,” said the joking ultramarathon ace Sandes.

In the second semifinal Australian wildcard Tom Whittaker secured victory, with Butch James in second, and Nick De Witt and John Smit bowing out of the event.

After a brief break, it was time to get out there for the finals.

Tom Whitaker showed why he is a former world tour surfing competitor by dominating the right hand walls of Lower Point. The waves peaked for the 30-minute final with sets pouring through – and Tom, using his knowledge of the break, was on all the best waves and dropped two scores in the excellent range. 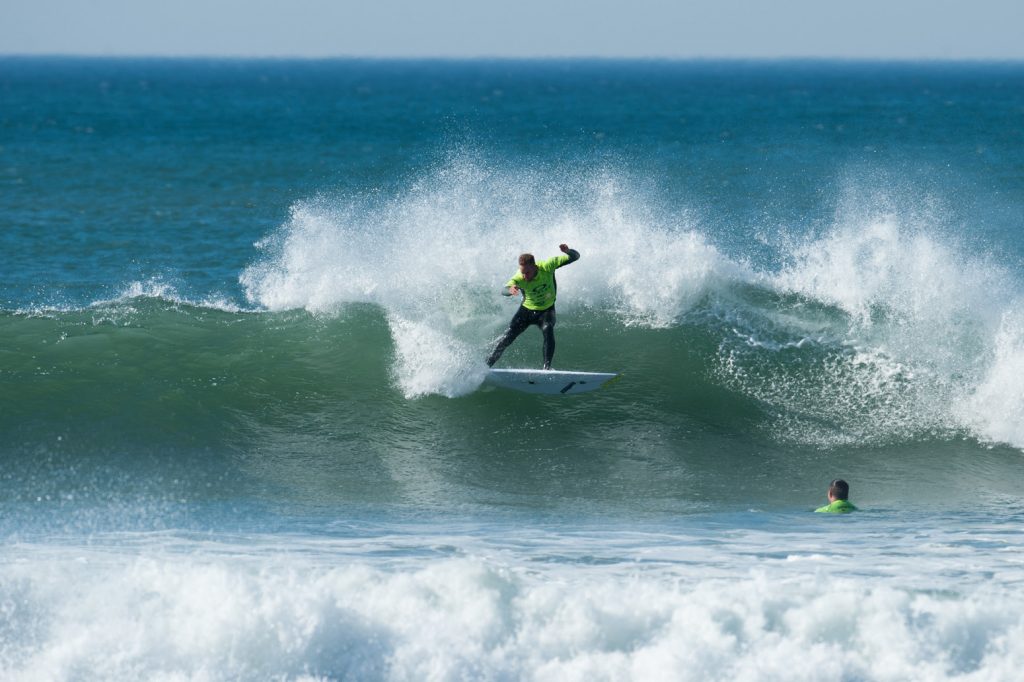 If the final was a Tom Whitaker show, it was a determined Raynard Tissink who did enough to finish second in the surfing tournament and win the overall Oakley X Over 2016 title. It was a well-deserved win for the Oakley X Over veteran who has competed in all three of the events and placed second in the inaugural competition in 2014.

“I’m absolutely chuffed with the win,” commented the goofy footer (surfs with his right foot forward) after the surf final. “It’s been a hard three years of trying to win this thing. Since I’ve retired from professional sport this is my annual sporting goal,” he said. Tissink showed the flair of an experienced surf competitor in the final and caught many waves, taking a few spectacular late drops and working a few all the way to the inside. “This event has actually changed my life you know. My first surf was at the first X-Over and now I love the sport. My life now consists of surfing and golf and I very occasionally ride a mountain bike.”

Along with the trophy, honours and bragging rights, Tissink also won an iPhone 6S, as well as an Apple Watch with 42mm Stainless Steel case and Red Sport Band from Digicape, valued at over R20,000. 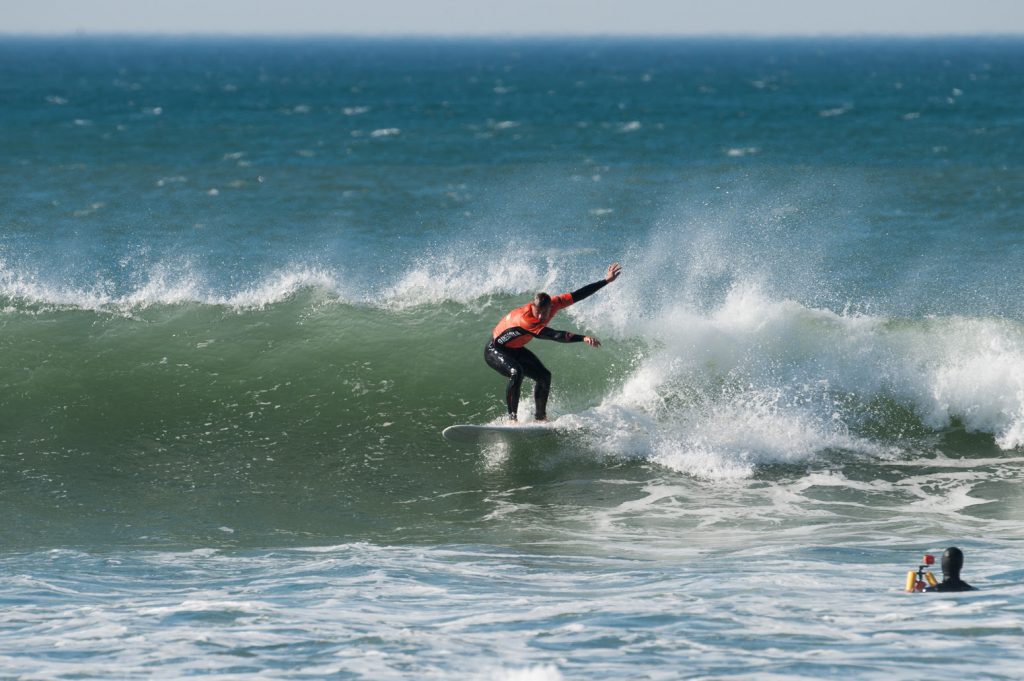 Raynard Tissink is the Oakley X Over 2016 Champ! ©Kody McGregor

The Oakley X Over presented by Seartec forms part of the JBay Winterfest.