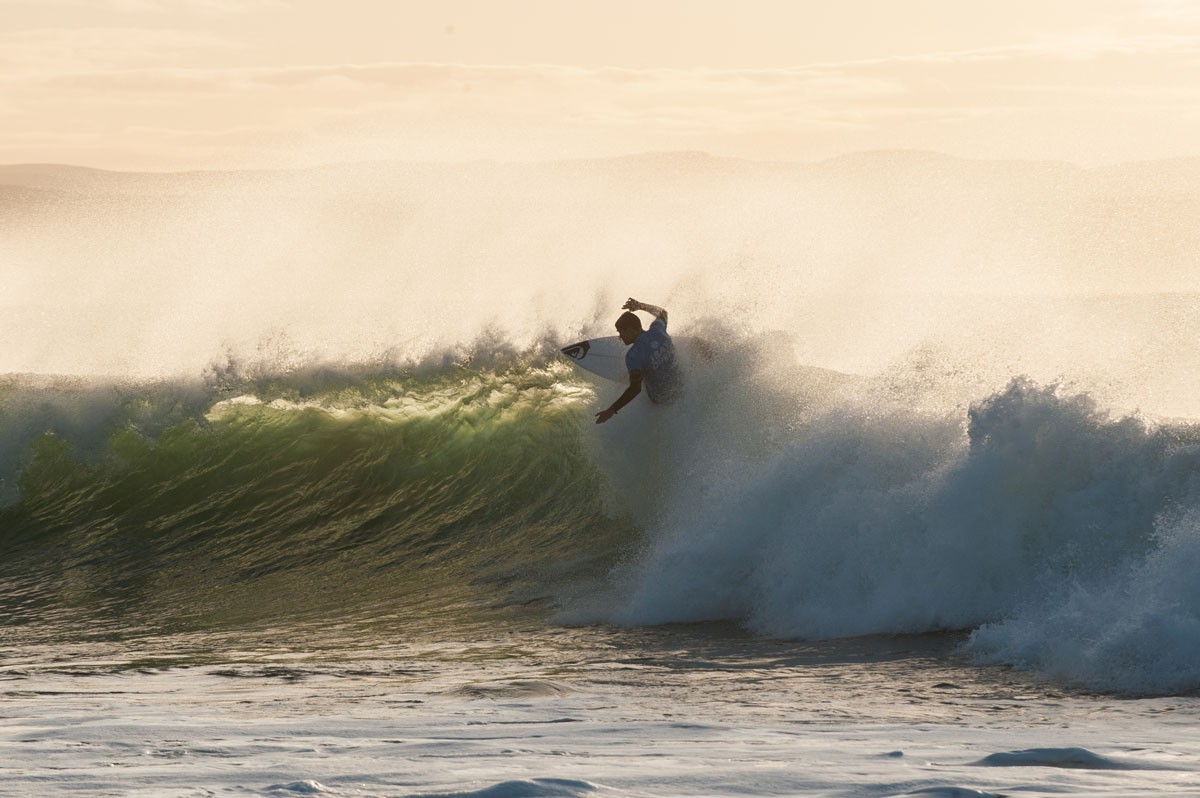 “Our boytjies did us proud!” This sentiment and words were rife after the performance of the two local wild card surfers participating in Round 2 of the JBay Open, part of the Samsung Galaxy championship tour (CT) of the World Surf League (WSL).

A home made banner hanging from one of the camera platforms along the lower dunes of Supers, loyally reading: “Brazilian Storm vs ZAF Hurricane”, reflects the mood of local surfing enthusiasts.

Adriano de Souza of Brazil, wearer of the Jeep yellow vest for being the points leader of the tour, was under pressure from the SA wildcard, young Slade Prestwich from Durban, who was in the lead until 5 minutes before the end of the half hour heat.

Slade gave a solid performance with a little cover-up, scoring 5.87 and 7.17 with his two best waves making up a final score of 13.04. The locals were clutching their hearts, keeping their hopes high.

Adriano, however, displayed the kind of patience that makes him the current king of the CT. He held on to pick the best wave of the heat, with a winning 8.33 score.

Slade had a lot to smile about, striding along the sand, saying: “I feel good – again. I am stoked with today’s surfing. We will be hanging around to watch the surfing, especially the final, which is always exciting.”

As Slade was recovering from the adrenalin rush of competing against one of the best surfers in the world, his wildcard friend was battling the waves a few meters away. Michael (Mikey) February from Kommetjie had to take on another Brazilian, Filipe Toledo.

This time Mikey was “unlucky”.

“I was waiting and waiting and the waves just didn’t come,” he said. Although he had priority for the last 5 minutes of the heat, the JBay waves seemingly went in power outage mode. In the end, Mikey scored a total of 8.00 against Filipe’s 12.00.

Mikey could also join friends and family for the rest of the day, picking up more tips from the professionals and just enjoying the JBay Winterfest-vibe after somewhat cold and stormy days. 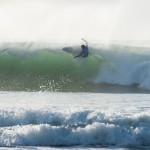 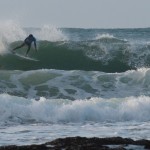 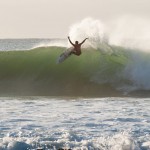 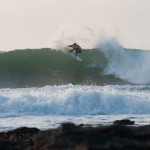 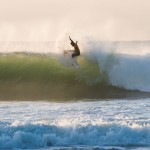 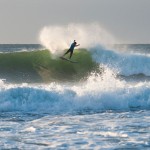 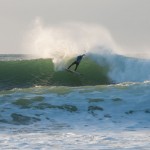 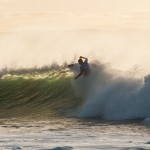