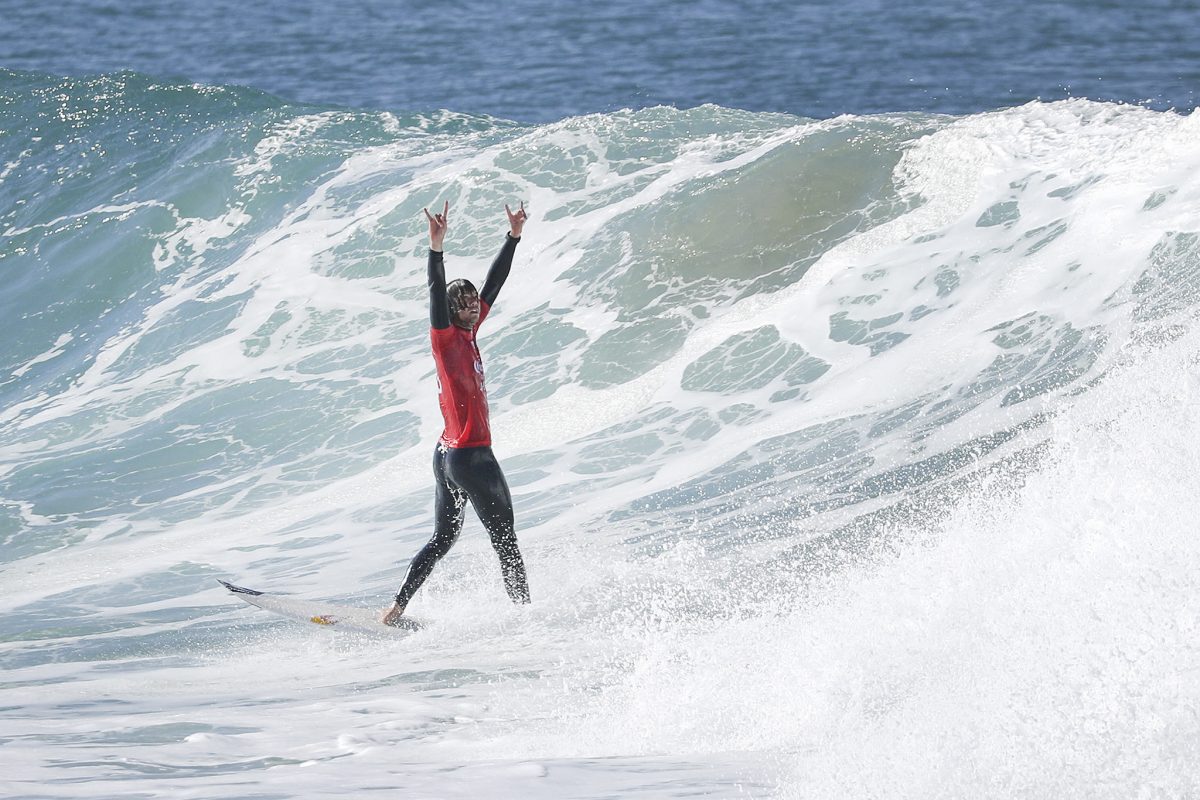 Jordy Smith had to surf two resurfs today in the excellent waves that were pouring down the point in JBay for the Corona Open JBay.

Jordy surfed three times today, and after some incredible surfing he defeated Conner Coffin (USA) with some scintillating surfing, including another 10-point ride.

The resurf was called due to the judges missing a wave of Coffin’s, and the surfers were sent back out. Jordy was energized, and put on a world-class performance to emphatically trounce the young surfer for the second time in a day.

A shark cruised through the lineup after this, stopping competition for a while during the quarterfinals, before the surfing was restarted. Gabriel Medina (BRA) and Frederico Morais (PRT) advanced through their quarterfinals before the contest was called off for the day. With a great forecast for tomorrow, the competition is set for an amazing finish in the morning.

Tomorrow will also see the first day of the Oakley X Over powered by Sharp, the popular two-day crossover celebrity event. The competition will kick off with the Mountain Biking race, and the Surf Contest and the Golf Tournament will take place on Friday. Sporting legends like Jean De Villiers, Dale Steyn, Greg Minnaar, John Smit and Jordy Smith are already confirmed, as well as former event champion Butch James and defending champ Raynard Tissink.

The Oakley X Over powered by Sharp always attracts loads of interest as the thousands of visitors to JBay and environs get to meet and rub shoulders with all their sporting heroes. The contestants are all relaxed and at ease, ready to chat to their fans and enjoy the time mingling and hanging with all their friends as well as supporters at the event.

Oakley athlete ultra-marathon runner and recent winner of the 2017 Western States 100-mile race in California, Ryan Sandes is a veteran of the Oakley X Over, and always brings competitive fire along with his self-effacing outlook to life, making him a popular athlete and feared competitor at the tournament.

“I have just raced a 100-miler so I have a little bit of fitness going into this event,” said a chuckling Sandes of the upcoming Oakley X Over. “I haven’t done any specific training, but I am really looking forward to the surf element of the tournament.”

The Oakley X Over event hashtag is #XOVER

Friday will also see the start of the Endurade JBay X Trail run as well as the JBay Loggers Classic at Lower Point.

Other happenings at the JBay Winterfest 2017 include the JBay Windfarm MTB Classic, a Kite Festival, the Fishing Skins tournament, a Funduro and more.