(JBay) – As the contest organisers of the JBU Supertrial presented by RVCA come to the back-end of their event’s waiting period, it looks like there is a chance of great Supers this weekend. A pulse arrives on Friday, and goes over until Saturday, and the contest organisers have decided to call the event on for Friday or Saturday. The 24 surfers, from all over the country, have started mobilizing for JBay, and a full turnout of invitees is expected.

“A large storm, which reaches a massively powerul 924mb at its core, is forming SW of South Africa along the ice shelf of Antarctica,” said Spike. “A large fetch area of galeforce SW wind is focusing swell towards the JBay area. With 2 days travel time, it will start filling in on Friday, peaking late Friday and early Saturday. It’s looking like there is enough power and size to run the event at this stage, with Saturday looking like the best winds.” 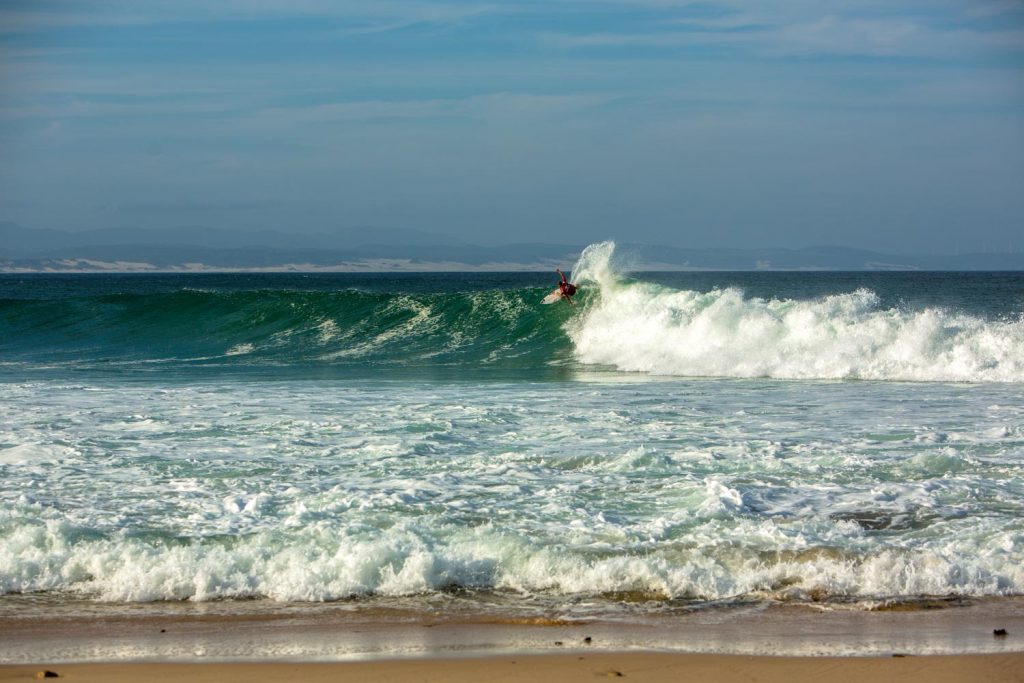 Contest organizer Koffie Jacobs has been monitoring the approaching storm. “It’s the last storm of the waiting period, and it looks like it has great potential to produce the surf we want,” said Jacobs. “We’re looking at possibly running on Friday, but we still have good  waves on Saturday, should Friday’s predicted swell arrive a little late.”

The winner of the JBU Supertrial presented by RVCA wins a wildcard into the World Surf League’s JBay Open Championship Tour event, and will bank a minimum of $8,000 (R120k)