The final day of the JBay Winterfest 2014 saw the Flamingo Trail Run take place on a cool Sunday afternoon. The midday start at Supertubes coincided with the low tide so that contestants would have the benefit of the hard sand. There were three divisions, the 2km youngsters run, the 12km run (beach, bush and riverside terrain) and the 28km run (beach and farmland terrain).

The event was a great success, and the organisers have promised a bigger and better event next year. 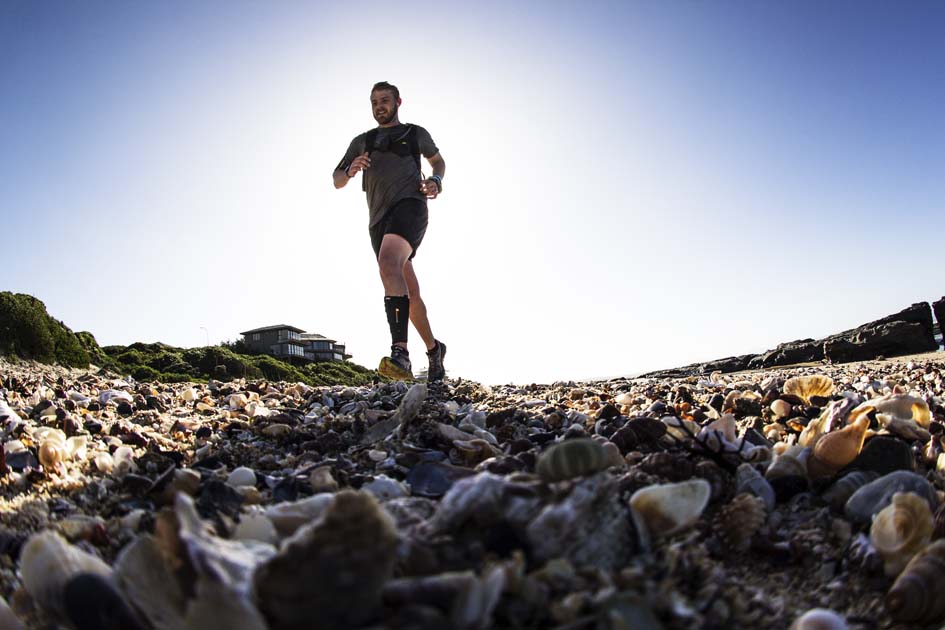 Saturday saw the JBay Mountain Bike Open Race take place in tough conditions. With torrential rainsqualls, high winds and chilly temperatures, it was always going to be a challenge.

So harsh were the conditions, that the 85-kilometer route was canceled as it was deemed to be too dangerous. The event then featured three routes, a 20km fun ride, a 40km and a 60km.

The event started and finished at Fountains Mall, with the mall sponsoring cash prizes for winners to a total of R36,000 with both the winner of the women’s and men’s 60km taking home R5,500 for their efforts.

The surf at Supertubes was possibly the best all year, as eight-foot hollow waves poured down the point all day. An estimated 10,000 people came down to the beach to watch their heroes battle it out at one of the best waves in the world.

The experience of both Fanning and fellow finalist Joel Parkinson was evident, as they chose to race down the line and set up the Car Park section for high scoring waves and surf all the way to the final.

Both surfers had lots of support from the beach, with Fanning finding his rhythm early on in the final and setting the tone with a solid 9 point ride on his first wave.

Parko battled to get waves and was clipped in the barrel on a few occasions, while Fanning looked in control with solid carves on difficult sections as the waves just kept rolling through Supertubes.

Fanning was a gracious winner, and a firm crowd favourite throughout the event. “It’s amazing to have a contest back in JBay, and huge thanks to Koffie Jacobs and crew for bringing the WCT back to JBay,” said Fanning.

Fanning was on fire ©Ayesha Makim