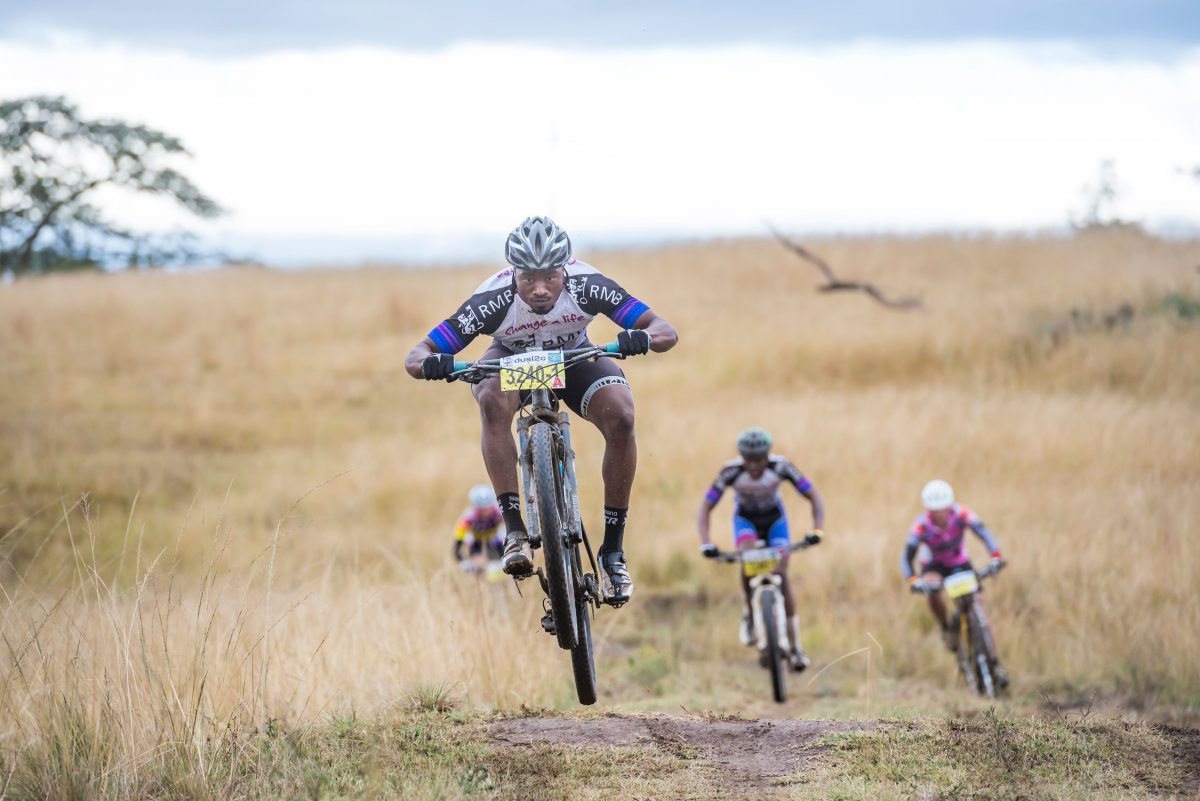 MOLTENO, EASTERN CAPE – The rural hamlet of Molteno in the Eastern Cape is known as the home of ‘Ouma’ Rusks and, as the town with the coldest recorded temperature in SA (-18°C June 18, 1996) but not as a hotbed for endurance athletes. That is all set to change.

Ndumiso ‘Maza’ Dontso and Luvuyo ‘Thando’ Siyasi, two up-and-coming mountain bikers from the area, are set to tackle the JBay Wind Farm MTB Classic, which forms part of the JBay Winterfest. And, by all accounts they could be challengers for the 85 Ultra podium (and R35 000 purse).

“Hannes – a friend of mine, who is a sixth generation farmer in Molteno – started helping them a few years back,” explained Martin Dreyer from the RMB Change A Life Academy. “The two guys who were just super keen, you know, showed a passion for riding. Hannes didn’t have any support structures in place to properly assist the promising riders, so he invited Maza, as he is known, to come and live in the Valley of a Thousand Hills at the Change A Life headquarters and become part of the current RMB Change a Life Mountain Bike Team”.

In a few short years he’s become one of the strongest riders in the team. “He’s done a quite a few big events now,” Dreyer said. “He’s ridden Sani2C and just recently finished third overall at the Dusi2C with his partner Sipho Kupiso.”

Maza and Kupiso also finished second in the two-man team category at the gruelling 36One MTB Challenge in Oudtshoorn in April.

“Thanks to Arthur Joubert and the Jeffreys Bay Wind Farm for hosting the riders and giving them the opportunity to take part in the JBay Wind Farm MTB Classic. It will be the first time Maza is racing in his home province,” Dreyer said.

“Maza also just got his driver’s license recently so he is going to take his mother’s car and they are going to go on a bit of a road trip, which will be quite a life experience,” said Dreyer.

“The RMB Change A Life Academy is not just about nurturing talent but is also about developing life skills, so this will be very good for them. The holistic approach is as important to me – just to give them the opportunity to travel and hopefully they become better people from being in the academy,” he said.

“Thando has phenomenal talent and if all goes well with this race he will get more opportunity for sure,” Dreyer concluded.

The JBay Windfarm MTB Classic takes place on Saturday 16 July and features three routes, 25km, 50km and 85km. The event carries the unique distinction of being the only MTB event in Africa to run through a wind farm. Entries are limited and selling out fast head over to www.jeffreysbaysport.co.za to enter.