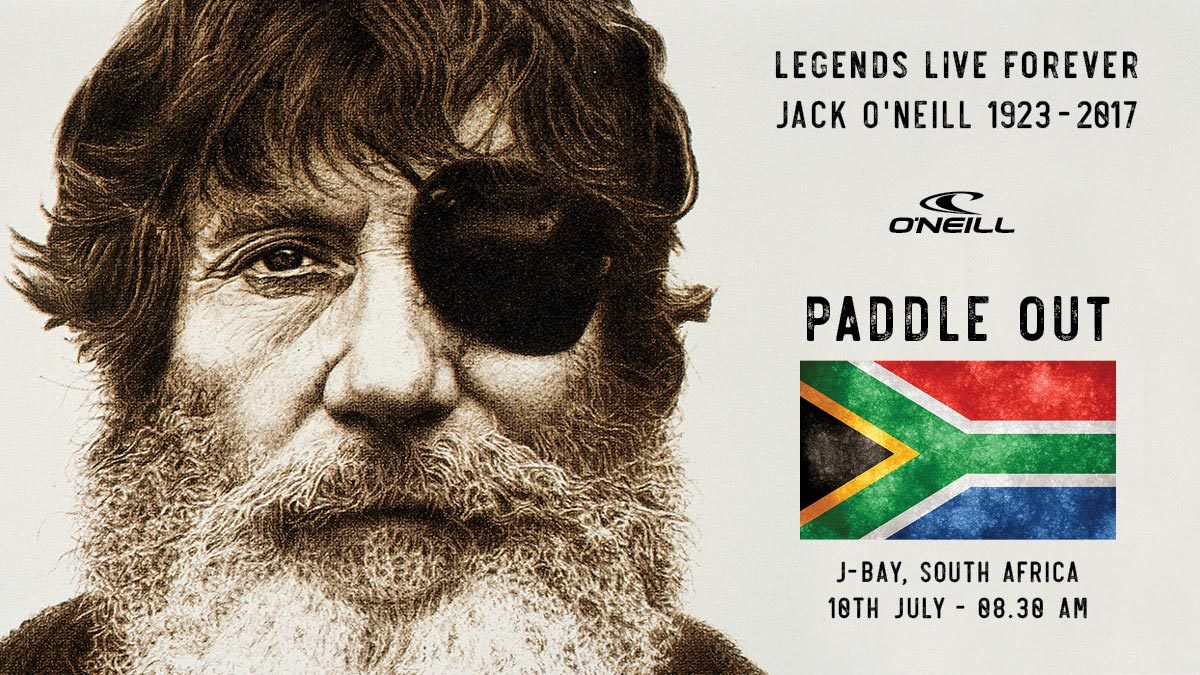 JBay – On Monday 10th July 2017, O’Neill would like to invite everyone to join a paddle out in celebration of Jack O’Neill’s life and adventures. From Santa Cruz to Jeffrey’s, O’Neill will honour the legacy of Jack O’Neill with numerous paddle outs worldwide on Sunday July 9th and Monday the 10th.

For the South Africa edition, those wishing to pay tributes to the pioneer of the wetsuit are encouraged to join O’Neill surfer Jordy Smith at the Lower Point Car Park in Jeffreys Bay on Monday 10 July at 8.30 am, for a 9:00 am paddle out. For further information please visit the SA Facebook Page

Most recognizable for his eye patch and his beard, Jack’s desire to surf longer drove him to create an innovative suit that allowed surfers to be the first in the icy waters of the San Francisco Bay and the last out. Playing around with materials to create a barrier between the body and the ocean, Jack’s first suits were built of unicellular foam material that he bought from a local surplus store. The invention was monumental – it made it possible for surfing to be a year-round activity in cold water areas and welcomed a new mass of people who previously didn’t surf. Those first suits led to more surfers, more fans and the eventual acceptance of surfing in popular culture. 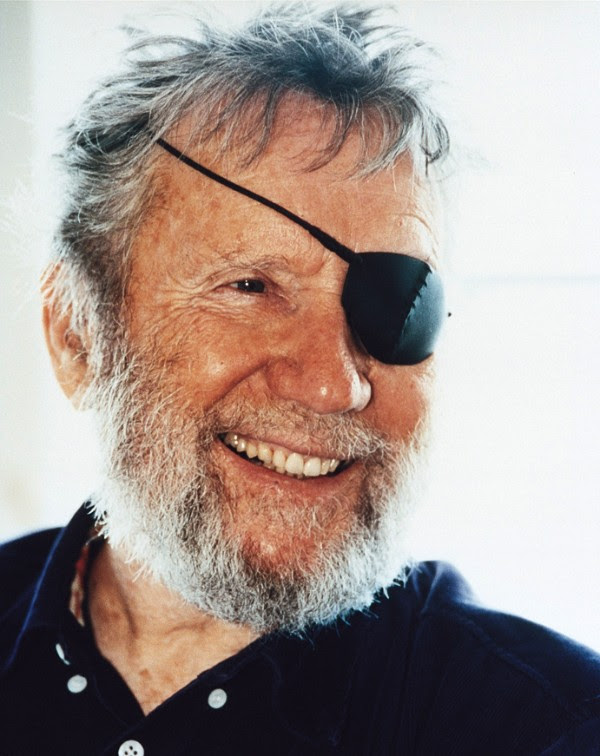 A series of memorial paddle outs will take place across the globe to celebrate the legacy of Jack O’Neill, a man who, through sheer passion changed the face of surfing forever. Honouree paddle outs are scheduled in the United States, Canada, the UK, Netherlands, Belgium, France, South Africa, Australia and Japan.

Jack O’Neill, surfer, ocean lover, wetsuit pioneer, sailor, balloonist, and founder of the iconic worldwide surf company O’Neill, passed away in Santa Cruz, California, of natural causes at the age of 94. The family of Jack O’Neill and the O’Neill brand would like to extend a heartfelt “Thank You” to all who have reached out with thoughts, prayers, sympathy, remembrances, stories and pictures since the passing of legendary waterman Jack O’Neill on Friday 2nd June 2017.

For further information on the Jack O’Neill paddle-out please contact:

While many things have changed since those humble beginnings, Jack’s initial vision of producing functional and innovative boardriding products continues to lie at the core of everything the company does. O’Neill’s core values – innovation in style and technology – have seen the brand devote itself wholeheartedly to the evolution of the action sports lifestyle.  From the first ever neoprene wetsuit and surf leash, to the world’s first stitchless boardshorts and range of groundbreaking wearable electronics, O’Neill’s progressive spirit will always drive the company forward.  For more information, please visit www.oneill.com