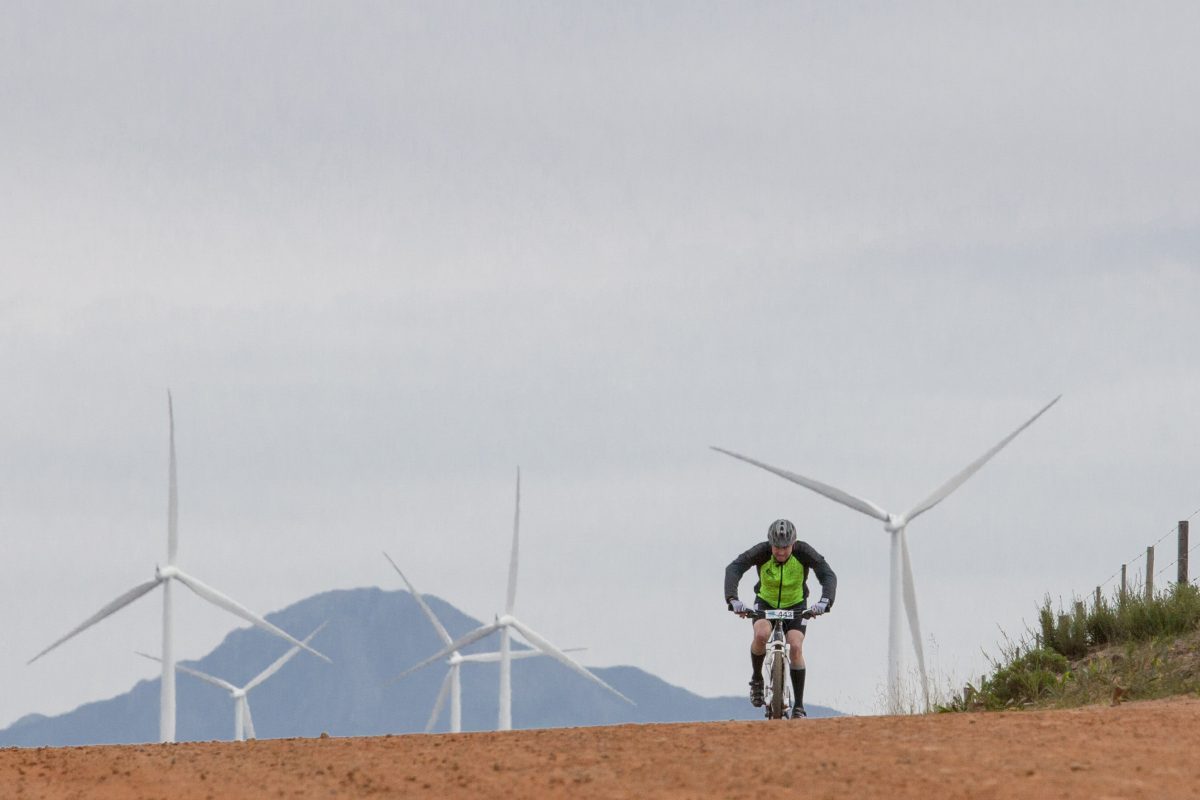 After two years of funding, Jeffreys Bay Wind Farm comes on board as title sponsor for the event.

“This (2016) will be the third year that we welcome this event through our wind farm,” Pickering said. “What was previously the JBay MTB Open, has allowed us to become involved in a sport that is green; and that has a very limited carbon footprint. We thought it right then to take the association to the next level,” he commented.

While it is essentially then in its fourth year, the JBay Wind Farm MTB Classic – which will take place on 16 July 2016 and forms part of the JBay Winterfest – will feature some exciting developments and improvements in 2016. There will be three routes, offering something for all skill and fitness levels – a 25km fun ride; 50km half-marathon and 85km ultra.

The longer routes will take in the spectacular trails of Impala Ranch. Impala Ranch has been a private game farm for the past 20 years but has now been turned into a mountain bike and trail running park. During that time the farm has been regularly stocked with superb specimens of a wide range of animals. All trails have been built to IMBA standards and we have been affiliated with the AMA with full public liability insurance in place for trail building, events and general riding.

Riders taking part in all three routes will be racing through the wind farm, riding along roads that are interspersed by 80m tall wind turbines towers, spread more than 500m apart.

The race village will once again be situated at Kabeljous, where riders and their families can look forward to significant improvements to the infrastructure.

A team from Jeffreys Bay Wind Farm rode the event alongside a team of development riders supported by the wind farm. Whilst Pickering hasn’t confirmed his own participation this year, he has indicated that there will be an increase in riders from the wind farm and its immediate communities. “This gives us an opportunity to make our wind farm more accessible our surrounding communities,” he said, explaining how big a priority the local community is to the Wind Farm.

Jeffreys Bay Wind Farm supplies the Eskom with enough clean renewable electrical energy to power more than 100 000 average South African households. The wind farm site spans 3 700 hectares on which there are 60 wind turbines. This project is one of the first and largest wind farms in South Africa and the race carries the distinction of being the only to traverse a wind farm. Check out:www.jeffreysbaywindfarm.co.za/ and https://www.facebook.com/jbayWindFarm/.

Entries for the event will open on 1 June 2016, check out www.jeffreysbaysport.co.za to enter or for more info.