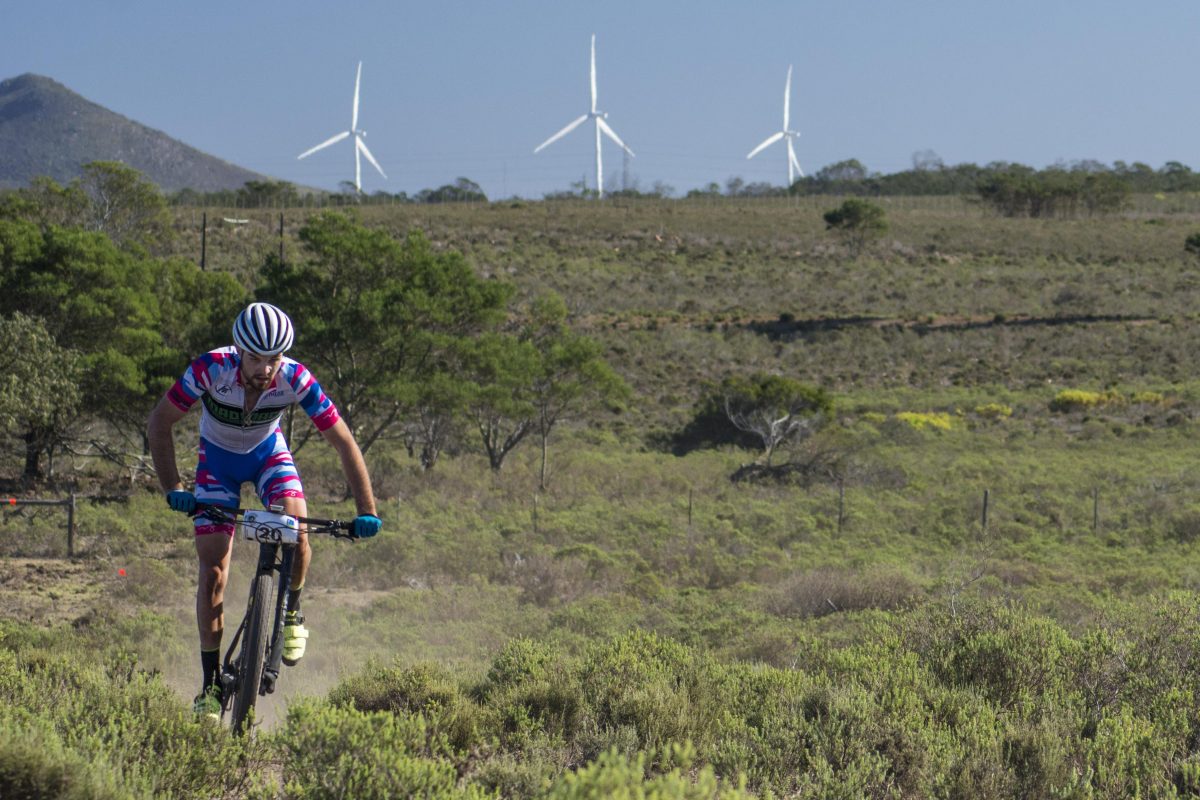 The fifth edition of the JBay Wind Farm MTB Classic took place today in perfect conditions. Some 500 riders of all ages and skill levels took to the trails in three distances, 25km, 50km and the gruelling 85km ultra marathon.

At the sharp end of the ultra marathon it was a tight two-horse race, with East London’s Jason Reed and Max Sullivan from Stellenbosch working well together from early on.

Reed eventually managed to breakaway from Sullivan in the wind farm and claimed the victory (and the R10 000 first prize) in a time of 03:20:41. Sullivan came in second (03:21:19), with 2016 defending champion, Ndumiso ‘Maza’ Dontso, rounding out the podium.

“Max and I have very similar technical skills, so we used that to our advantage to get a gap in the first singletrack,” Reed commented afterward. “We shared the pace and worked hard, Max has a big engine on the flats and then coming into the last climb I saw he was beginning to tire so I pushed really hard and got a small gap.”

Full results for all the routes will be available at www.mountainevents.co.za later on Saturday and keep a watch on the Facebook page (https://www.facebook.com/jbaywindfarmmtbclassic/) for image galleries over the next two days.