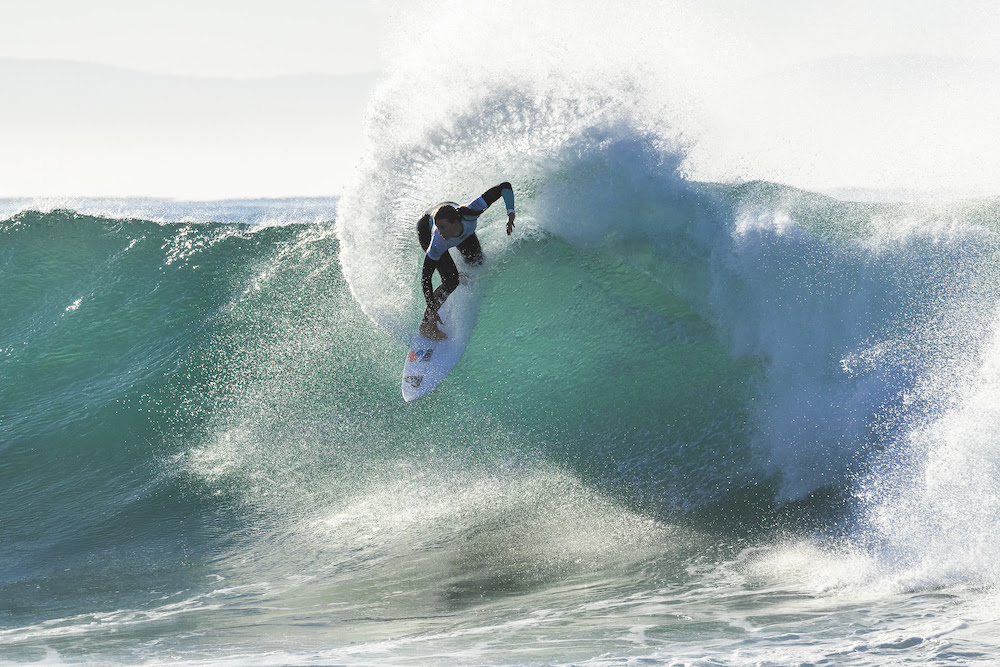 JBay – Three local wildcards have been announced to join Jordy Smith in the Corona Open JBay – event number six on the World Surf League (WSL) Championship Tour (CT) event, set to kick off on Tuesday 9 July. Beyrick De Vries from Durban, Mikey February from Cape Town and Bianca Buitendag from Victoria Bay will all get a chance to shine amongst the perfect waves of Supertubes during the upcoming contest.

De Vries secured his slot by reaching the round of 16 at the Ballito Pro on the weekend, and in doing so accumulating enough points on the Qualifying Series to become the highest placed South African on that series. De Vries went into the Ballito tournament in 61st place, and Adin Masencamp was sitting at a comfortable 29th place, but after the dust had settled De Vries jumped up to 26th slot, while Masencamp dropped to 38th.

“I have been working towards this for a long time,” said a very excited De Vries after his slot into the JBay event was officially confirmed in Ballito. “I’m obviously very excited to be competing against the best surfers in the world in JBay and I’m going to give it my best shot because I have nothing to lose.”

Mikey February from Cape Town is no stranger to this event, having competed in it twice as a wildcard before, as well as a full CT member last year. He is a superb surfer at Supertubes, knows the wave well, and has a unique style of surfing, that makes him stand out from so many of his peers. He draws different lines on the perfect waves of Jeffreys Bay, and could very easily cause some upsets in the competition.

Bianca Buitendag from Victoria Bay is the Women’s wildcard and is also a former CT surfer. Her powerful backhand style is well suited to the waves of Supertubes, and last year, competing as a wildcard, she went all the way through to the semifinals where she was defeated by Lakey Peterson (USA) for a third place finish.

The three surfers will join two-times event champion Jordy Smith, currently rated 4th on the Jeep Leaderboard. With the withdrawal of ratings leader John John Florence from Hawaii, Smith comes into the event as a favourite, and will enjoy his share of local support from the South African fans and spectators.

24 teams entered the first Winterfest bowling tournament over the weekend and the tournament was a huge success. 10 Games were played over 4 days.

In the Cup Event the results went like this.

Corona JBay Open, Vibe in the Park and the JBay Winterfest are all operating on a cashless system.

Download the JBay Winterfest app and stand a chance of winning a hamper comprising a Firewire Slater design Gamma surfboard, a Vissla wetsuit and more.