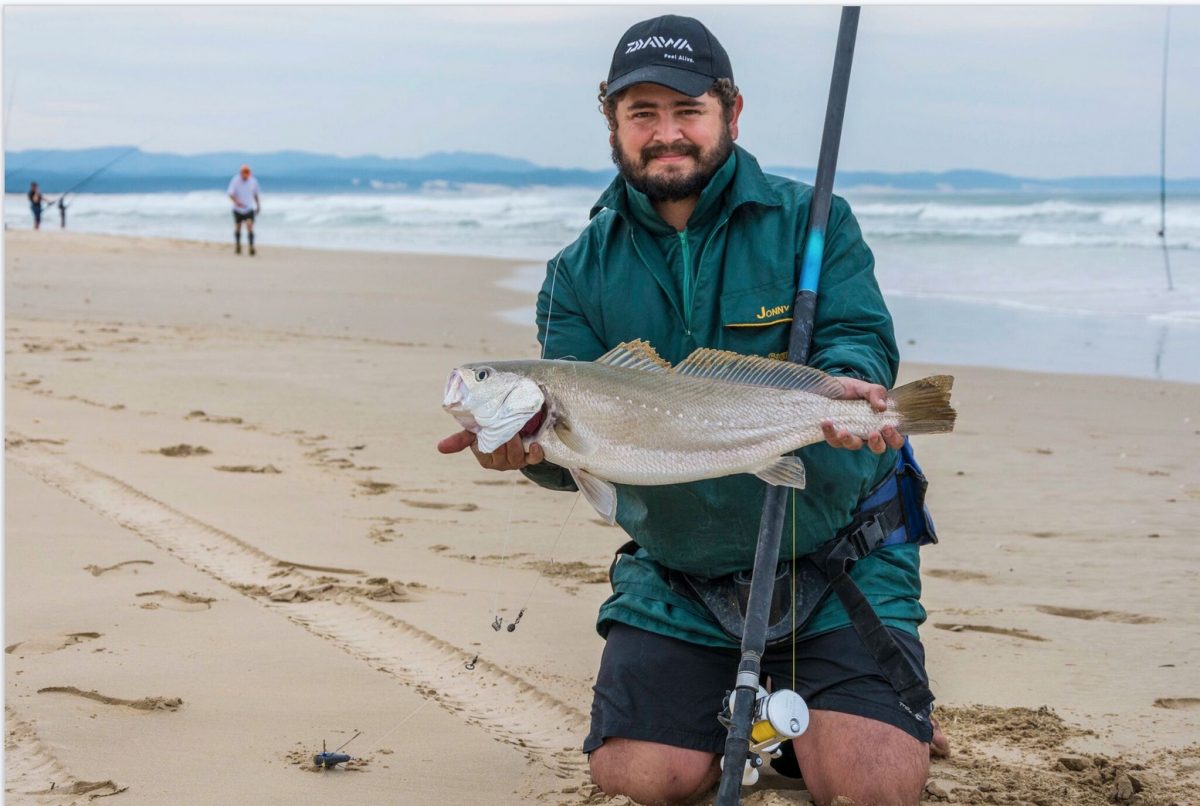 The Fishing Skins competition and PSG Catch a Nissan takes place this coming weekend, here’s what might come out.

Winter is a productive time for edible species such as Kabeljou, Steenbras, Musselcracker, Baardman, Leervis and smaller pan fish (Zebra, Blacktail and the like). Indeed a few good Steenbras has been recorded of late.

Non edibles are fairly scarce this time of the year but you could catch an odd Spearnose Skate, Blackray, Cow shark, Spotted Gully and Smoothound .

There is a big cold front with gale force westerly winds expected to move through on Friday. This will drop the barometer and average temperature right down. Fortunately this looks to clear by Saturday with light winds forecast swinging into he east later.

Friday’s wind will churn up the banks and there should be a lot of white water to work. This cool, discoloured water could bring a few non-edible species into play (use livebait, bloody fish baits, Mackerel heads etc). Also, the rocky areas and protected bays of the JBay beachfront should be a good bet. Most of your younger pan species can be targeted on various soft baits. Large Musselcrackers are often caught during the winter months in this area. Best baits are Saddleback (Armidilo), Ollicrocks, redbait and prawn.

On Sunday the sea should be fairly flat, with Berg Wind (northwesterly) conditions expected. The beaches should produce some Kob (lures, chokka, livebait), Leerfish (livebait and lures), Steenbras and Baardman (worm, prawn, mussel, sandcrab and chokka).