A crossover event is not a new concept, but usually the sports are, at the very least, slightly related and the athletes well versed in all of them. When the three disciplines are as diverse as what Oakley has cooked up for their Oakley X-Over Challenge set to take place during theJBay Winterfest on the 15 and 16 July – surfing; golf and mountain biking, things start to get a lot more interesting. Throw into the mix professionals (and celebs) from a wide variety of backgrounds and you have a recipe for some serious competition: Jordy Smith, Greg Minnaar, Ryan O’Connor, Butch James, Garreth McLellan, Ruan De Smidt, Raynard Tissink, David Miller, Kevin Evans, John Smit and Bob Skinstad.

Ultra trail runner Ryan Sandes is also on the illustrious invite list. We quizzed him on his strategy. 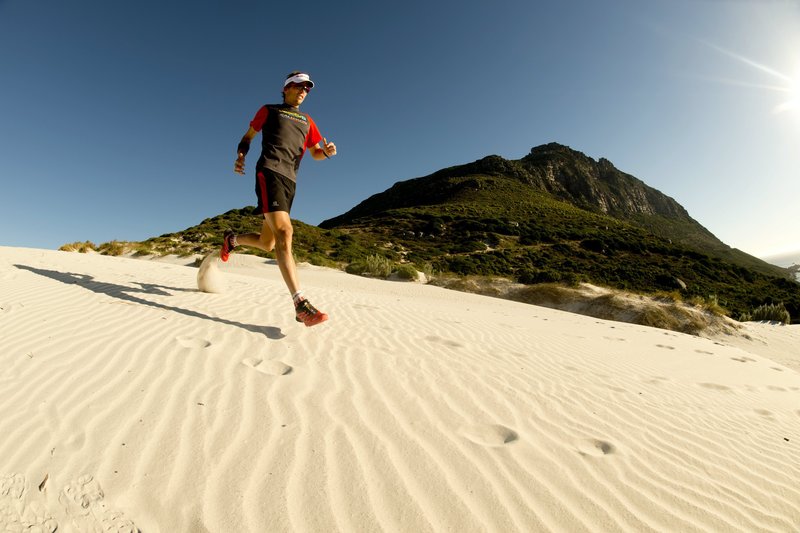 You surfed in your younger days, where – on a scale from bathtub to Jordy Smith – would you rank your skill level?
Sheesh, that was a long time ago! I did the maths and the last time I was on a surfboard was four years back. My skill level – I have to be honest here, I was more of a bodyboarder in my youth but converted to surfing a minimal now and again. I would rate myself a 2.5 out of 10 maybe a 2.8 on a good day. So just out of the bathtub and into the shore break.

So you’re amping for the surf in JBay to be pumping then?
Nah! I leave the big waves for my buddy Frank Solomon. The small waves are good as it allows me to showcase my moves – my favourite move is the upside down hedgehog superman.

Did you see Jordy drop that perfect 10-point ride at the JBay Open on Thursday? Do you think they should make him surf a longboard or something in the X-Over?
He would probably win it on a snowboard!

And what about Minnaar? That guy can surf too, he’s a threat for the overall for sure?
Yeah I think Greg is the favourite. I spent some time with him in California two weeks ago and have figured out his weakness – he can’t say no to a few beers.

Golfing, now there’s an interesting one! You play like two, three times a week? We saw Vanessa bragging about your good round somewhere in the US a while back.
Let the record state that I have never played golf before! I used to play a bit of put-put back in the day. I am going to try and get a lesson before otherwise this isn’t going to be pretty. 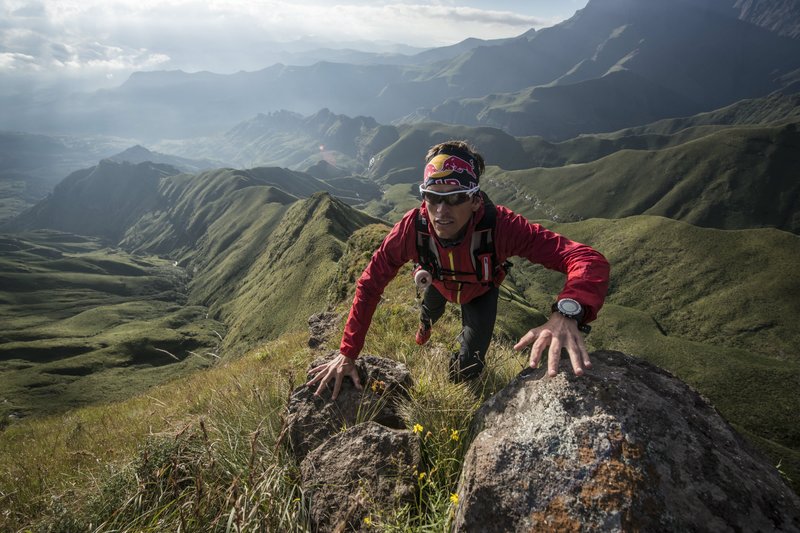 From deep within the Knysna forest mountain-biker Kevin Evans has been mouthing off at your skills. You reckon he’s scared of you? He’s been known to spend some time on the golf course but we’re not sure he can even swim?
Ha! I think he is terrified of me… My sports psychologist, a certain doctor Christoph Sauser has given me some advise on how to handle Kevin.

Who else do you think will be a threat on the course?
I have heard that Ruan De Smidt can swing a golf club and I am sure Butch James can hit a ball really far.

In terms of the MTB, that’s probably where you’ll be able to put some serious hurt on the guys, you got a strategy?
I plan on sticking to Kevin’s back wheel and then out-sprinting him at the finish. That is as long as he stays on course! Haha…

Who else do you think is a contender for the event? From the outside it’s kind of hard to call?
I think Raynard Tissink and Bob Skinstatd will be big threats. Rumour has it Raynard has been focusing on this event all year.