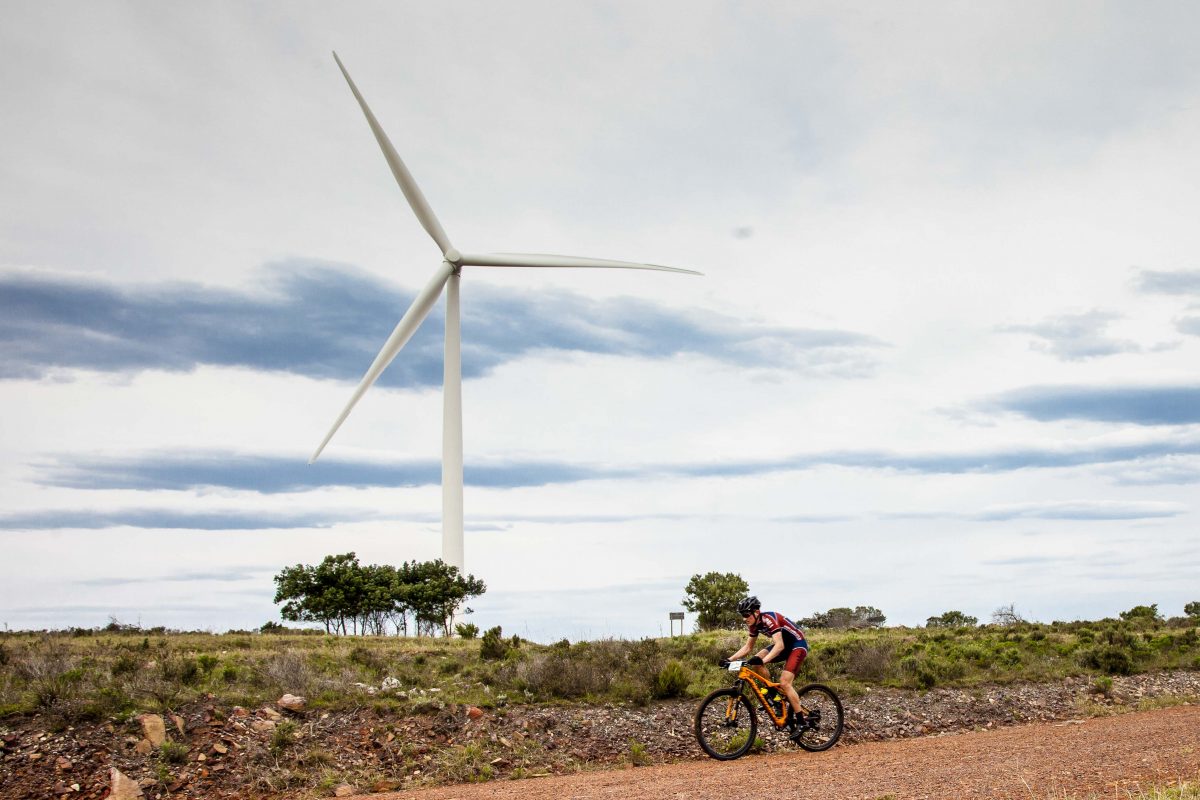 JEFFREYS BAY – Entries are open for the JBay Wind Farm MTB Classic on 16 July 2016. Previously known as the JBay MTB Open, the event – which forms part of the JBay Winterfest – is now in its fourth year and will once again offer something for riders of a range of fitness and skill levels.

The 2016 event will start at Kabeljous Lagoon (also the venue for the Skins Fishing Competition as  well as the kite festival) and feature three routes, 25km, 50km and 85km.

The event also carries the unique distinction of being the only MTB event in Africa to run through a wind farm, and, indeed, all three routes will be racing through the Jeffreys Bay Wind Farm which, after two years of backing, has come on board as title sponsor for the event.

The new headline sponsor means a healthy injection in prize money – R50 000 in total – with R10 000 first prize up for grabs in both the male and female 85km ultra categories.

The longer routes will feature spectacular trails in Impala Ranch, a bike park outside Jeffreys Bay.  The 1000 hectares of pristine countryside has been a private game farm for the past 20 years.

Other highlights in the ultra will no doubt include the purpose-built wooden bridges and berms of race director Arthur Joubert’s, property along the Seekoei River as well as tight and twisty singletrack along an old riverbed and a tunnel of natural vegetation. The 85km is the ideal shakedown training ride ahead of Transbaviaans in August.

** It is the Parents responsibility to know the CSA Age Restrictions for the distances.