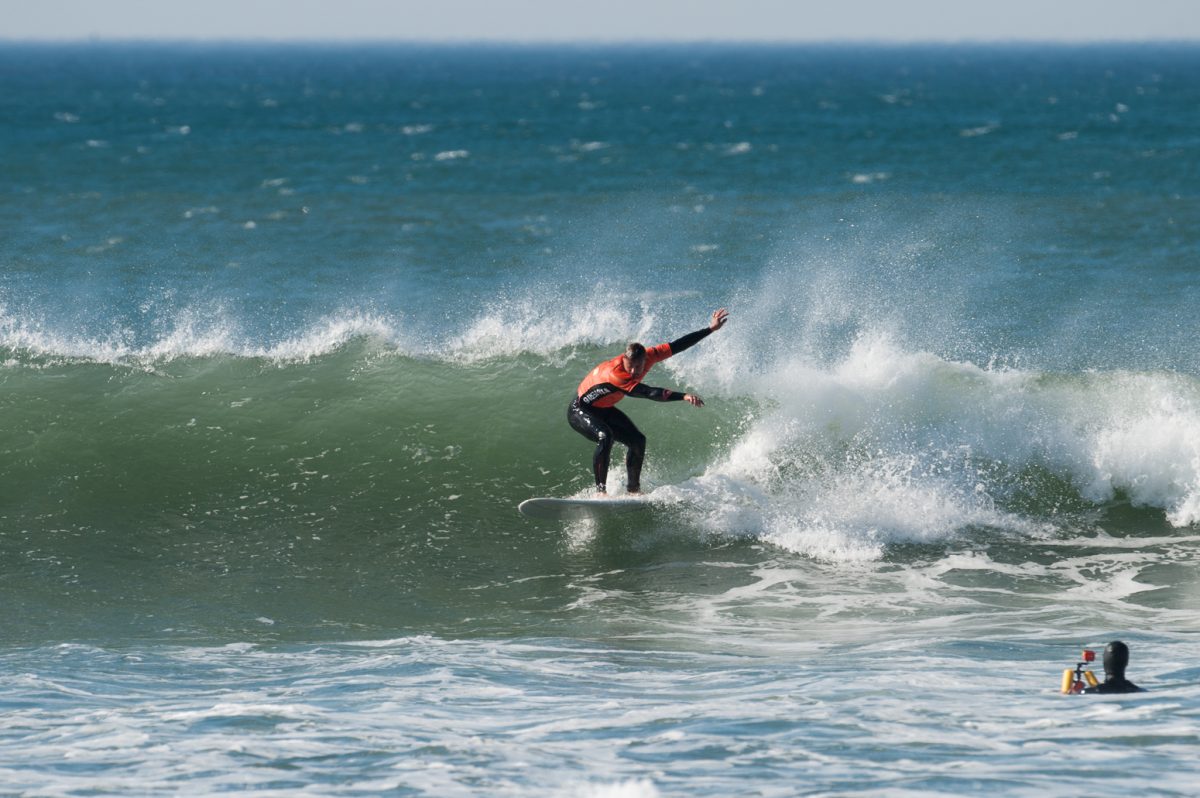 The majority of contestants in the Oakley X-Over event are from land-based professional sports. These sports, like rugby, running, MMA, mountain biking and golfing, to name a few, are worlds apart from the sport of surfing. There are only two surfers in the Oakley X-Over and they are Jordy Smith and Australian wildcard, Tom Whitaker.

That’s not to say that the rest of the contestants don’t give it their best shot when the Oakley X-Over moves down to Lower Point. Athletes that give it a good go in the water are Bobby Skinstad and Butch James, both pretty adept at riding waves. Greg Minnaar is also pretty sure of himself in the water, and has caught some great waves in previous events.

For those other athletes however, the ocean can be quite a daunting place. If you’re not an ocean person, the paddle out alone can be totally intimidating with powerful waves breaking in dangerous proximity to the rocks, strong currents, and the presence of ocean creatures at all times.

Intimidating that is, until you see all the young girls who are constantly surfing at Lower Point. Some of them as young as ten years old, if these girls can handle the waves at Lower Point then a world champion MMA fighter like Soldier Boy McLellan should be alright, and a former Springbok captain like John Smit should have no worries.

Hard to believe as it is, there is still plenty of nervousness around the surfing division in this multi-discipline event.

The golfing is fine, not too much danger in hitting that little white ball around, apart from getting a hole in one and paying at the bar. The mountain biking side of things is a bit more testing, with the possibility of bad weather, soft track and a few heavy slams always on the cards, but the fear of surfing, and fear of the unknown, is something that holds these big boys back a bit.

If the surf does get a little bit bigger and unruly, the athletes are always in safe hands with the safety team on the jet skis on duty the whole event. They are there to help the guys out, and to get them to backline should there be any difficult paddle-lines.

If you want to have some fun, come down and watch this year’s Oakley X-Over on the 20th and the 21st of July, during the JBay Winterfest.