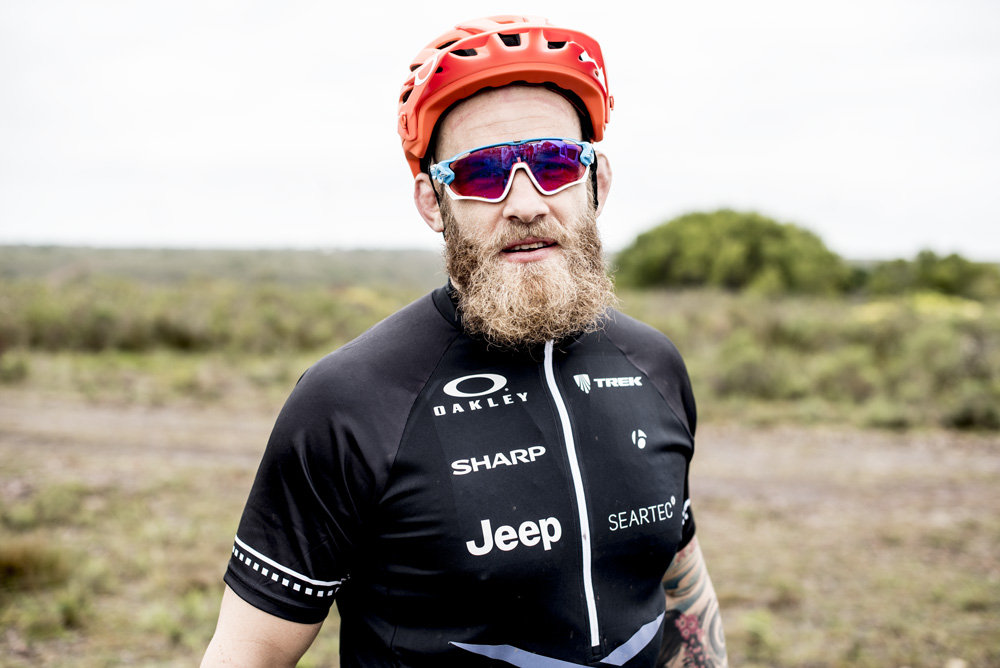 There is a bunch of tough okes assembling for the 2017 edition of the Oakley X Over, but who is the toughest?

The lineup for the 2017 edition of the Oakley X Over this year is overflowing with talent, as some of our greatest sporting legends gather to chase the glory of the 2017 title. There is the brawn of the Springbok crew of Bob Skinstad, Schalk Burger, Jean De Villiers and John Smit, and then there is the athletic litheness of athletes like world number three surfer Jordy Smith, and one of the world’s greatest ultra-runner, Ryan Sandes, to ensure that all sorts of athletes are represented in this cross-over challenge. When it comes to who is the fiercest, however, only one athlete stands out.

We caught up with Soldierboy to see what sort of preparations he has been making for the win that he hungers for, and it was pretty intense, as can be expected.

So tell us Soldierboy, have you been putting in some serious training? Have you been utilising any secret training methods to give you the upper hand in the Oakley X Over this year?

Right. Having said that, are any of the disciplines in any way daunting to you? Are you ok in the surf?

No, I’m not in any way daunted and am looking forward to the surf event. The fun of the event on the day removes anything that could be daunting, and I am excited for it all.

You’re an Oakley X Over veteran. This is your fourth time competing.

Yep.  I am super excited to be a part in the 2017 edition and it will be my fourth event. It’s one of the highlights of my calendar. I honestly can’t wait to be around the boys again and have some good, competitive fun.

While your eyes are on a title, who do you reckon are your biggest threats along the way?

Every last one of them is a threat. You know, they won’t say it, but every one of them hates to lose, at anything.

See more of the Oakley X Over on the JBay Winterfest website here http://www.jbaywinterfest.com/events-2017/