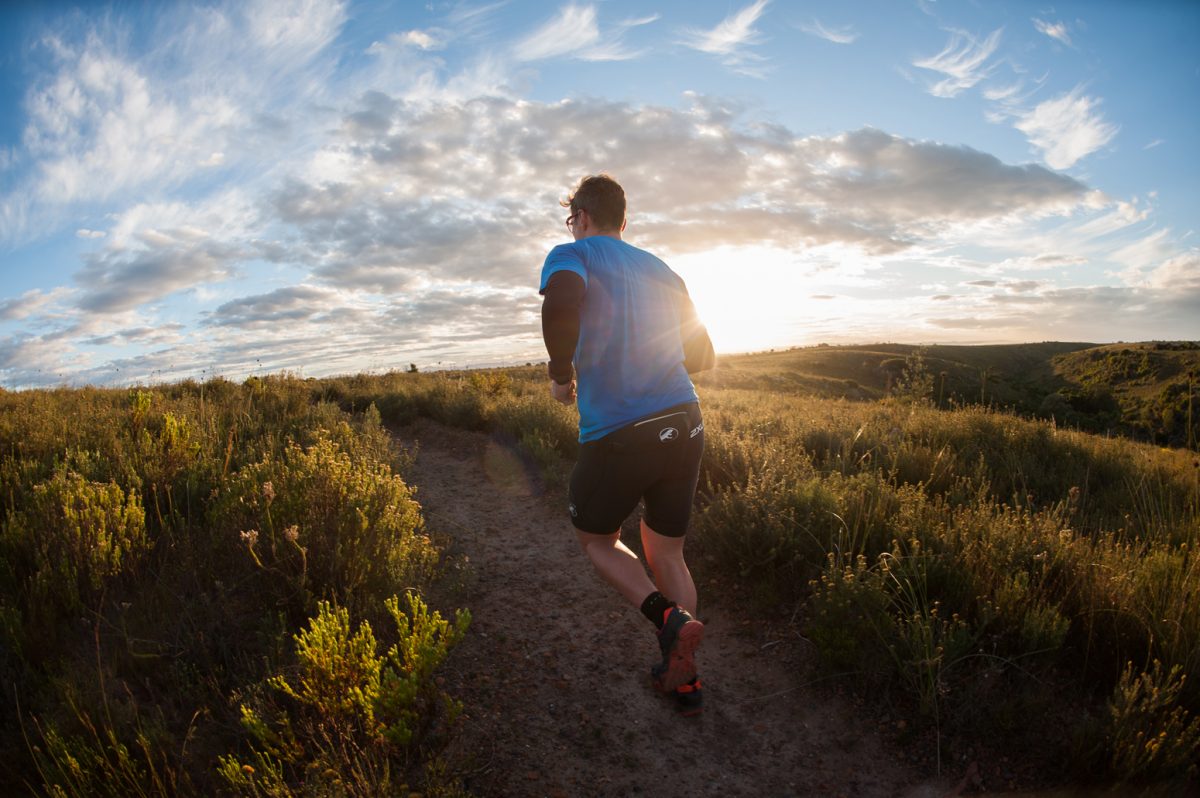 This year will see the 4th rendition of this unique stage race being presented as part of the annual JBay WinterFest. The race is unique in that it includes three 20km stages, all starting exactly 12-hours apart. This allows runners very little time to recoup between stages and essentially compresses a 3-day stage race into little more than 24 hours.
In 2017 Mvuyisi Gcogco snatched the win from overnight leader Christiaan Greyling to win by a mere 6 seconds, in the process setting a new record of 4 hours, 29 minutes and 27 seconds. Both Christiaan & Mvuyisi will be back. Landie Greyling won the ladies race and will also be back in 2018, albeit that she might not be racing, as she is expecting her and Christiaan’s first. 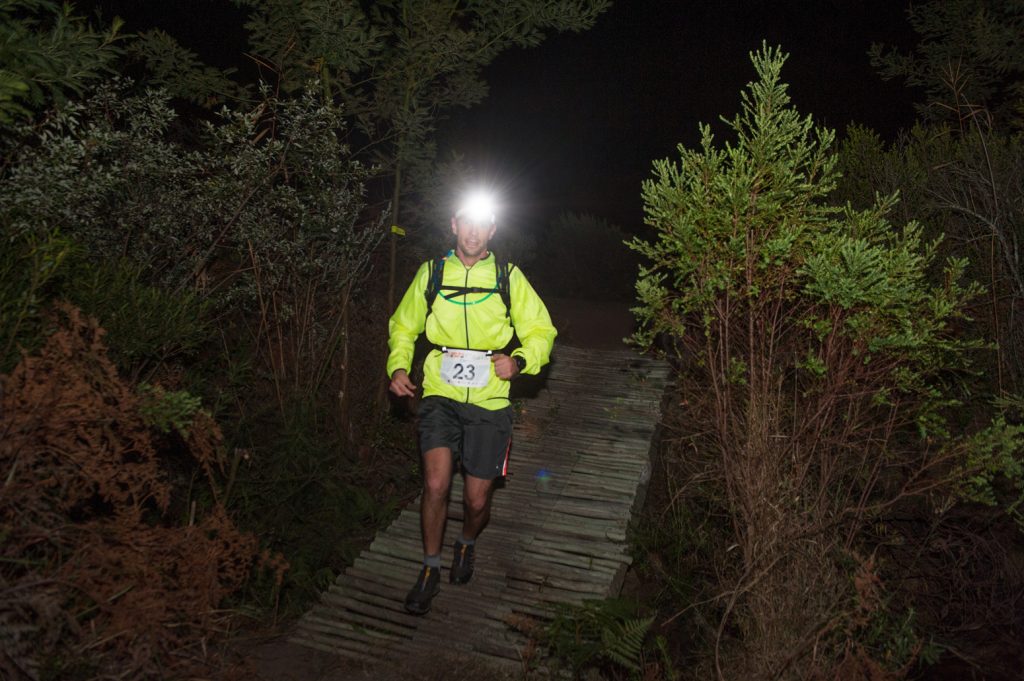 The 2018 race village will be at Super Tubes Park, only meters away from the WSL surfing action at the world renowned Super Tubes. Although most of the routes will be same as 2017, there has been a few changes. Stage 1 will now start at Papiesfontein, with all runners being ferried by bus to the start running in the direction of the Gamtoos River mouth for what promises to be a breathtakingly beautiful sunrise, before turning back to Jeffreys Bay for some beach running and a section in the Kabeljous Nature Reserve, all stages finish at Super Tubes Park.
Stage 2 will essentially be the same as 2017, except that the section next to Da Gama road has been replaced with beach, for a more authentic trail experience.
The final stage will follow very much the same route as 2017, starting at Zuurbron, with runners running back to Jeffreys Bay via the notorious ‘Mooidraai’. 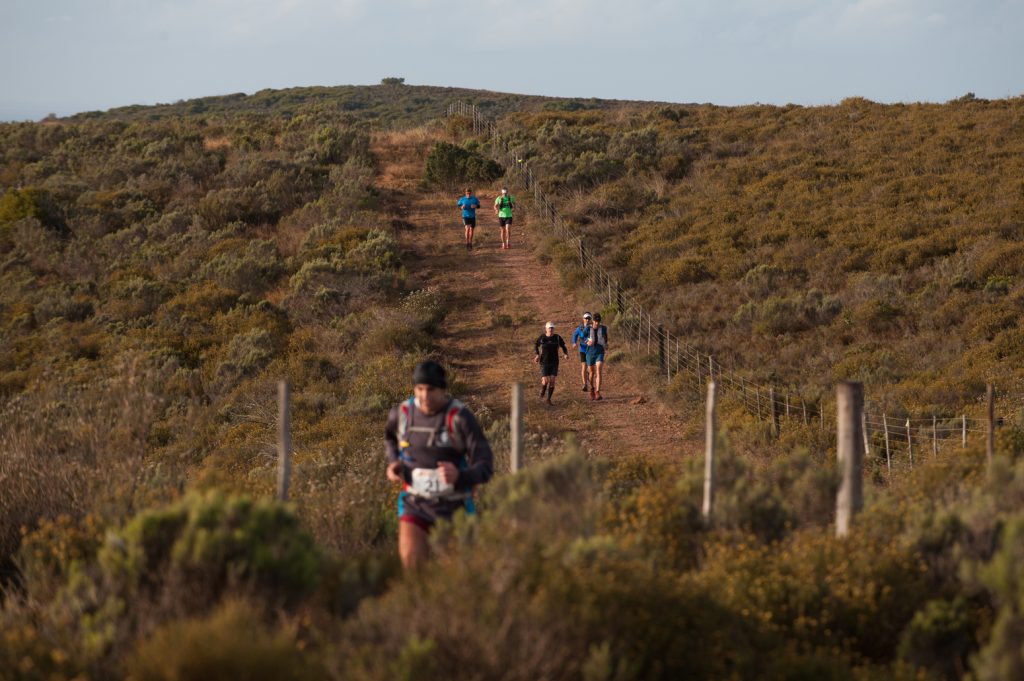 There will be a 5km beach run /walk, as well as a 10km and 20km trail run presented on the Sunday morning. The 10km runners will complete one lap of stage 2 (night run), with the 20km runners running stage 3 along with the stage race runners, although they will start 15 minutes after them.
Entries for the stage race will close on 6 July, with entries for the 20km closing on 13 July. Both the 5km and 10km will be open for up to 60minutes before the start, but subject to a late entry fee of R50, for entries received on race day.
All races, excluding the 5km beach run / walk will have a refreshment station powered by Nutritech Endurade and all stage race entrants will receive a race tee and race buff. Finisher medals to all finishers.
Landie and Christiaan will also be presenting a practical Trail Running Workshop on the Friday Afternoon. Visit the JBay WinterFest website for more information.