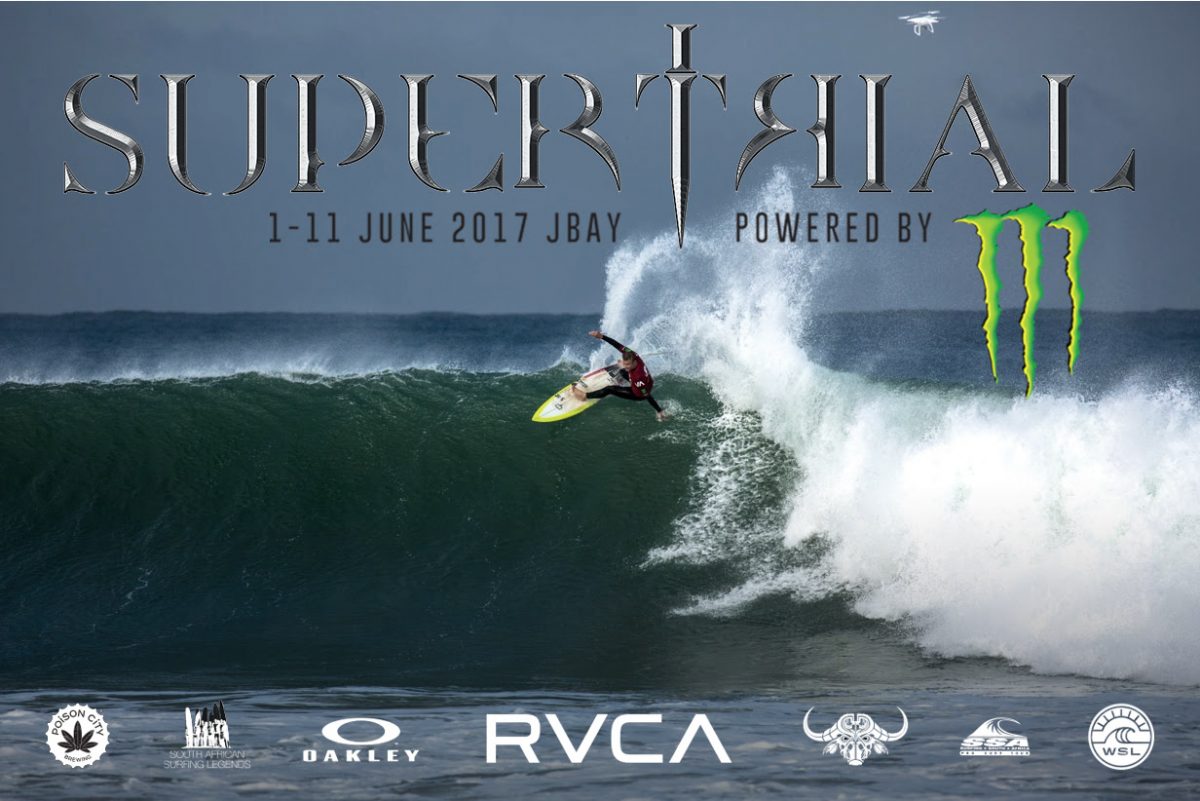 The JBU Supertrial Powered By Monster Energy is set for a 9am start down at Supertubes in Jeffreys Bay. The waves are pouring through and the decision was made to go at 9am.

“The waves are big, there are non-stop sets and we’re going to get the show on the road,” said contest organiser Koffie Jacobs. “There is a chance that it might get a bit too big this afternoon, so we’re running at nine o’clock”

Mikey February
First prize in the JBU Supertrial consists of a wild card into the Corona Open JBay, as well as the valuable Championship Tour competitive experience that comes with it. The Corona Open JBay has a waiting period from 12th – 23rd July, and is part of the JBay Winterfest.