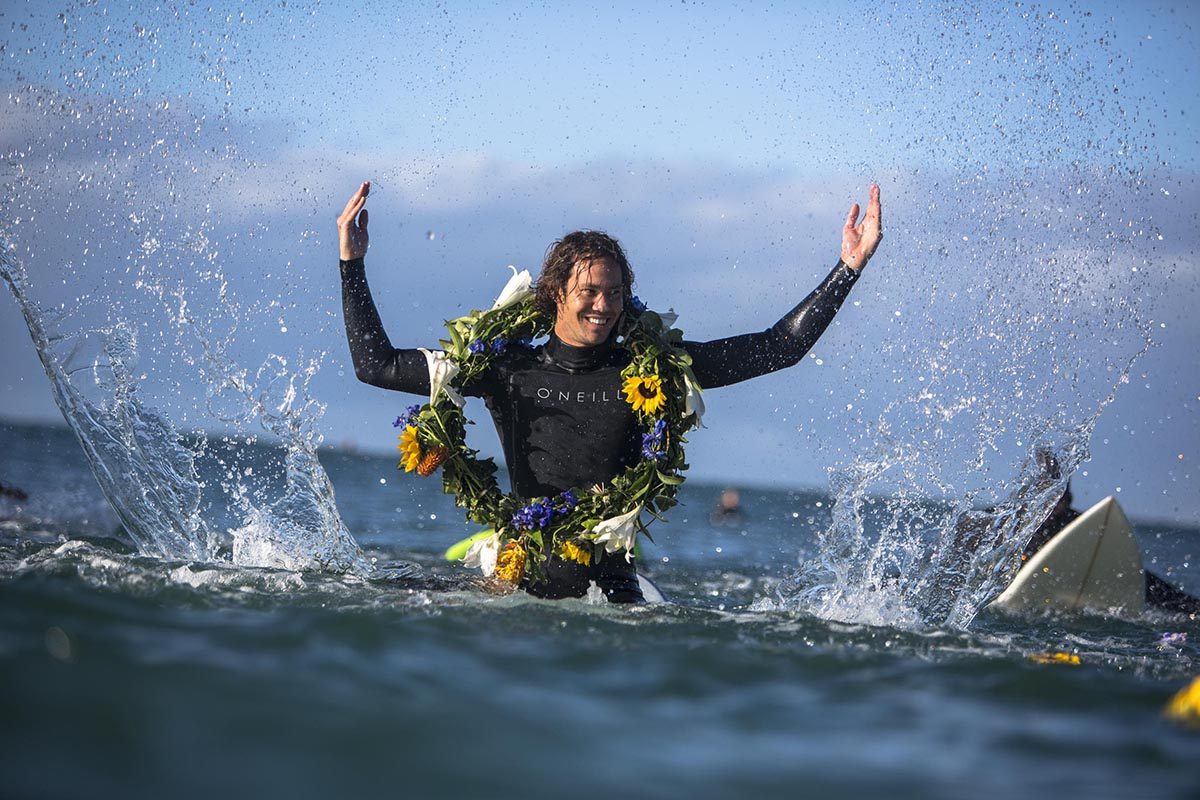 Lower Point, JBay – Championship Tour surfer Jordy Smith and friends joined locals and other surfers from all over the country for a Memorial Paddle Out in honour of Jack O’Neill at Lower Point yesterday morning.

For the man who pioneered the wetsuit, it was fitting that the weather had arrived in JBay, and it was a freezing morning at Lower Point. Surfers were trussed up in their best rubber as they launched through the keyhole into the fresh southwest wind blowing up the point, for the paddle out.

Memorial Paddle Outs were stage worldwide, with Jack’s hometown Santa Cruz leading the proceedings. Over 2500 people joined the celebration in what was the biggest memorial celebration the surfing world has seen to date. People were on surfboards, in boats in the water, and lining the cliff, as 1977 Surfing World Champion Shaun Tomson from South Africa made a speech honouring the man. 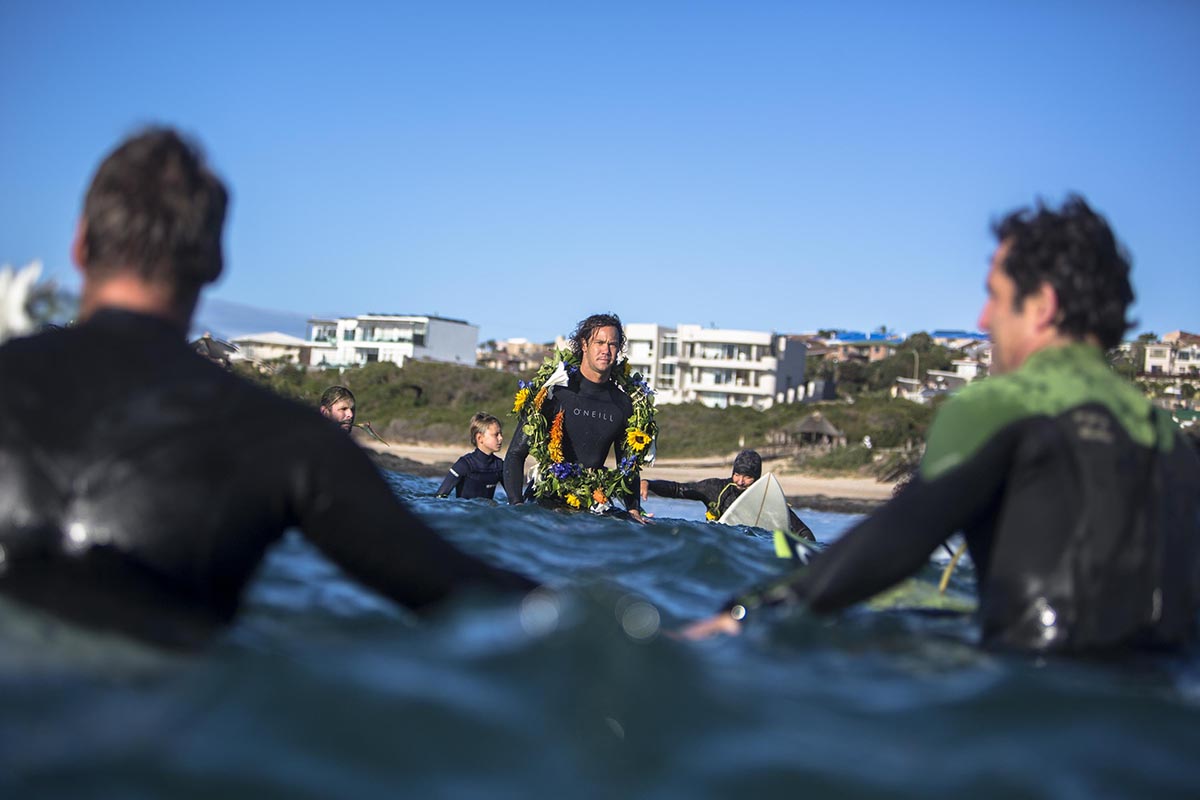 “Jack O’Neill was such a visionary and a pioneer,” said Jordy. “Apart from wetsuits and all he did there, he was a forward thinker on so many different aspects of our surfing life. I wouldn’t be able to surf in Cape Town if it wasn’t for him. He opened so many doors for people to be able to enjoy the ocean and it’s something that we can be grateful for.”

Jordy had the pleasure of hanging out with the man a few years ago.

“I remember hanging out with him at his house in Santa Cruz a few years ago,” said Jordy. “After a surf he asked me what the water was like. I told him that it wasn’t too bad, not too cold and he smiled and said to me, ‘you’re welcome.’ That’s all he said. It was the craziest thing. It was so funny, and something I’ll remember forever.”

Jordy paddled out into the small surf at Lower Point with a wreath, and surfers followed him out and joined the circle. It was a fitting tribute to the man who pioneered the wetsuit and did so much more for the sport. 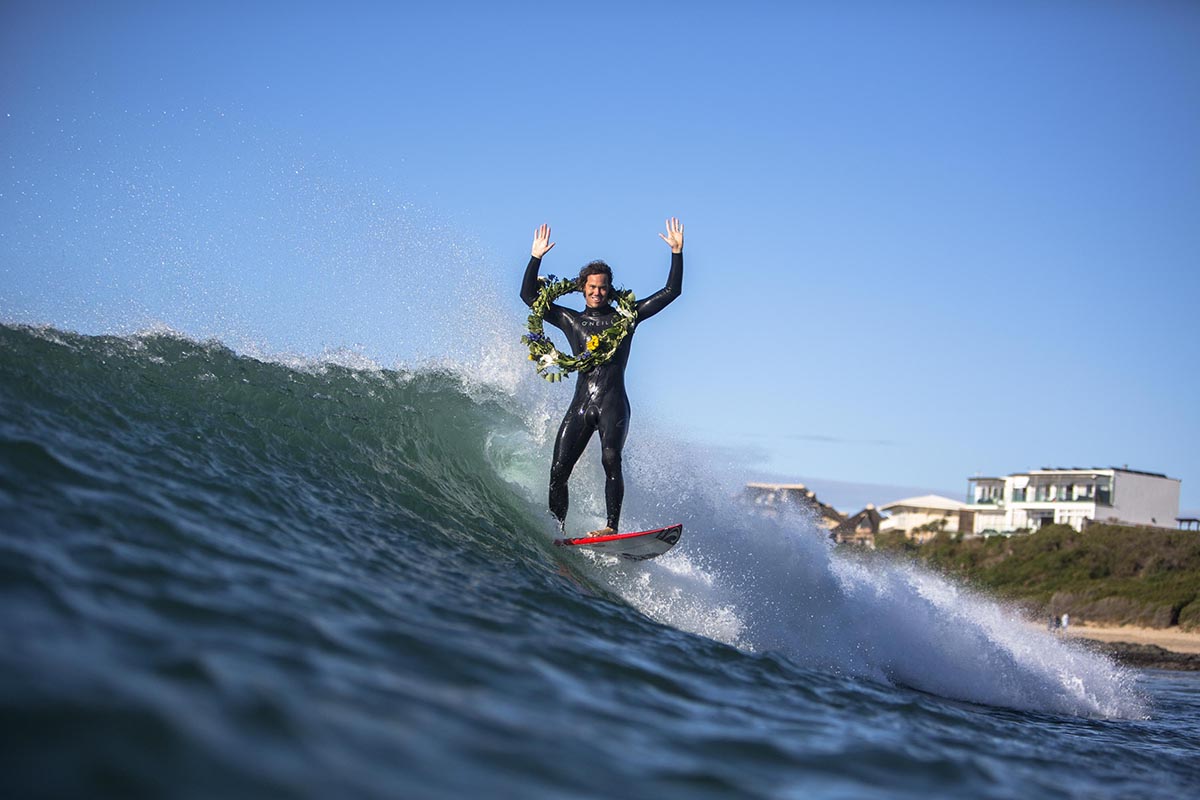 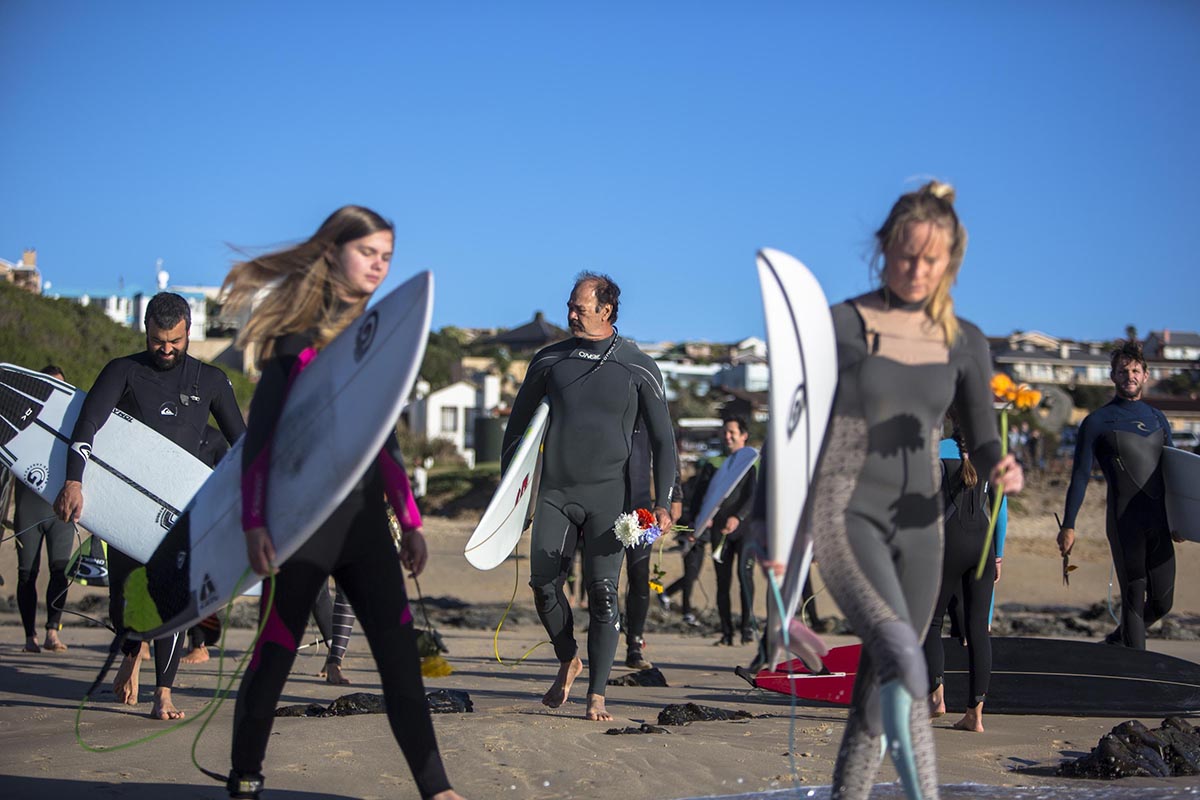 Groms, girls, moms and dads all arrived for the Jack O’Neill Paddle Out. ©Van Gysen

Surfers are gathered in JBay for the Corona Open JBay Championship Tour event. The waiting period for the competition starts tomorrow Wednesday 12 July. The Corona Open JBay is the showcase event at the JBay Winterfest, a multi-sport and music festival in Jeffreys Bay from July 12-23. More details at www.jbaywinterfest.com. .

Compiled and distributed by:

While many things have changed since those humble beginnings, Jack’s initial vision of producing functional and innovative board riding products continues to lie at the core of everything the company does. O’Neill’s core values – innovation in style and technology – have seen the brand devote itself wholeheartedly to the evolution of the action sports lifestyle. From the first ever neoprene wetsuit and surf leash, to the world’s first stitchless boardshorts and range of groundbreaking wearable electronics, O’Neill’s progressive spirit will always drive the company forward. For more information, please visit www.oneill.com

The Jack O’Neill paddle out at Lower Point is a foretaste of the JBay Winterfest. The JBay Winterfest is a multi-sports and cultural festival that takes place in Jeffreys Bay from 12 – 23 July. It is anchored by the Corona Open JBay. Other happenings at the JBay Winterfest 2017 include the JBU Supertrial powered by Monster, the Oakley X Over, the JBay Windfarm MTB Classic, the Cold Water Swim Classic, the Endurade JBay X Trail Run, the JBay Loggers Classic, a Kite Festival, a Skins Fishing comp, a Funduro and more.