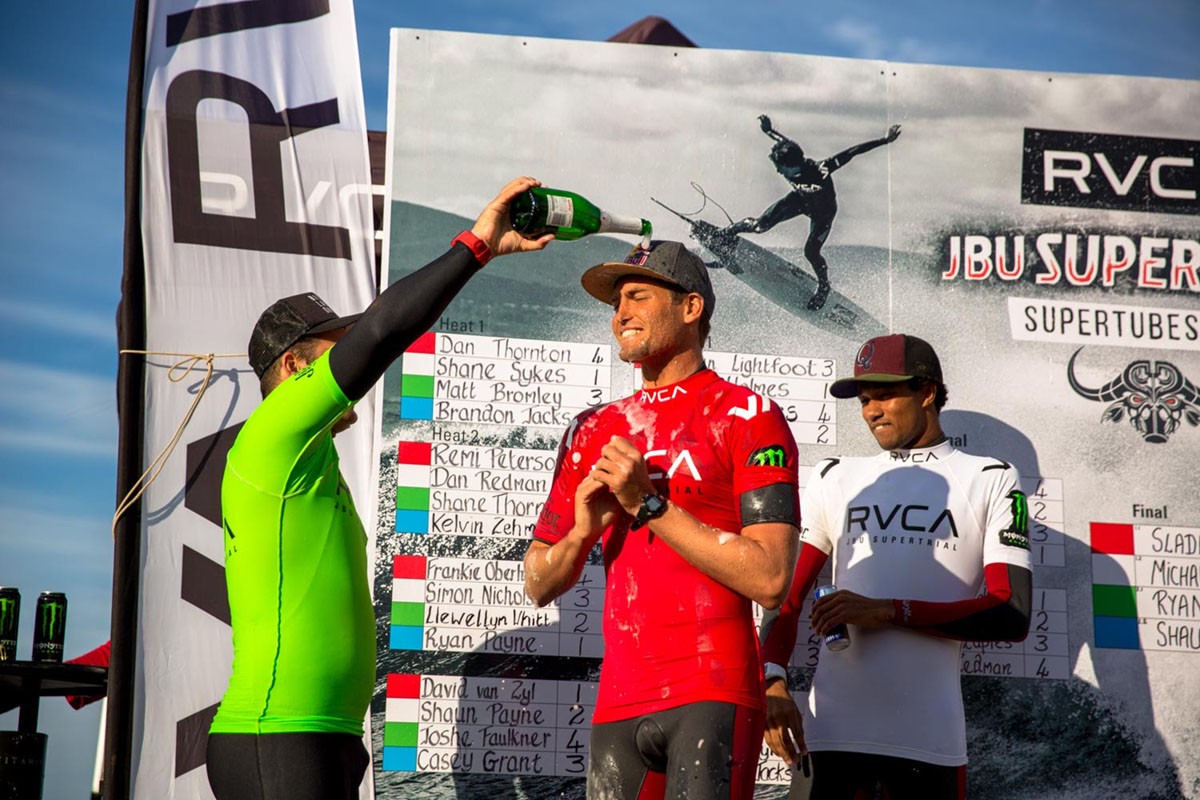 Combining long drawn-out bottom turns with big carves off the top, Prestwich overcame a strong challenge from Mikey February in the final of the JBU Supertrial presented by RVCA. Local surfers Shaun and Ryan Payne finished in third and fourth position respectively.

Prestwich won the coveted wild card entry into the World Surf League’s Championship Tour event, the JBay Open of Surfing, which will be held in Jeffreys Bay from 8 – 19 July.

“Surfing Supertubes with just three other guys in the line up was the highlight of the Supertrial for me,” said an excited Prestwich after his win.

“Seeing three big sets coming and knowing I could take any waves I wanted too was an amazing feeling and I cannot wait to surf against the likes of Kelly Slater in the JBay Open next month”. 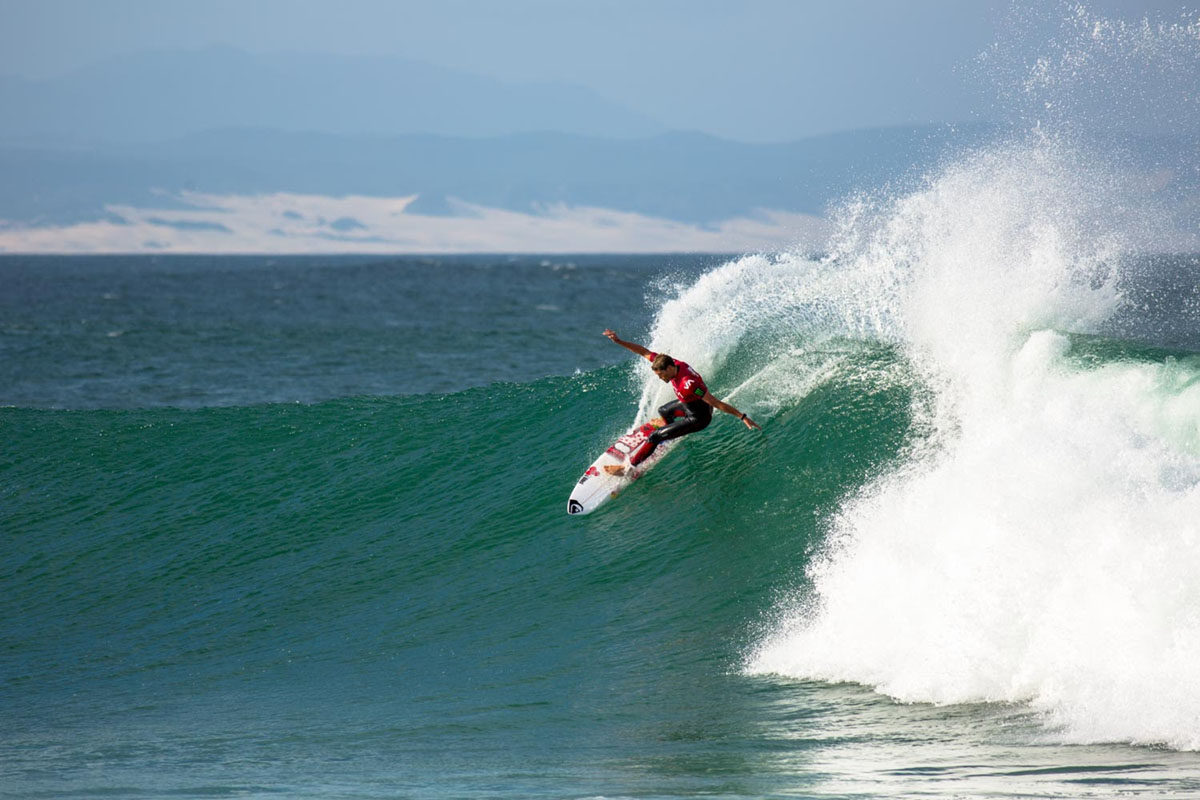 Prestwich is guaranteed a minimum purse of R109 000 for competing in the WSL JBay Open, the only World Championship Tour event that is held on the African continent.

Contest director Koffie Jacobs who called the Supertrial on this morning was happy with the conditions on the day.

“Supertubes delivered yet again and proved why it is rated as one of the best waves in the world. It was tough having to call off the JBU Supertrial last weekend with the gigantic surf that battered the coastline but waiting the extra week was worthwhile as we witnessed a high standard of surfing today in Jeffreys Bay.”

Watched by nearly 1 000 spectators on the beach, Ryan Payne won the award for the worst surfed best wave, while Davey Van Zyl won an Arbor skateboard for the best carve of the event.

Shaun Payne won a Nixon watch for the best barrel of the JBU Supertrial, while Mikey February won a Firewire surfboard for being nominated as the surfer of the event. 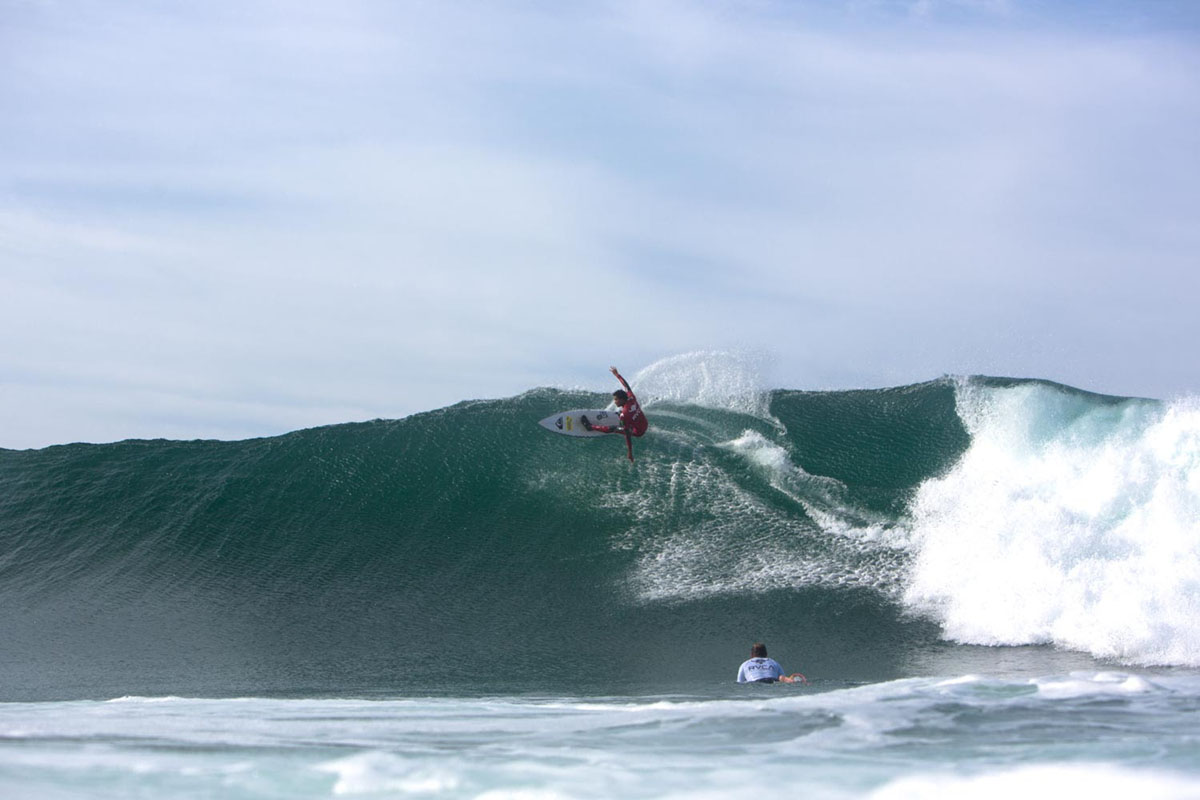 The JBU Supertrial presented by RVCA, forms part of the annual JBay Winterfest –www.jbaywinterfest.com, a multi sports festival which takes place every July in Jeffreys Bay and is presented by Woodlands Dairy.