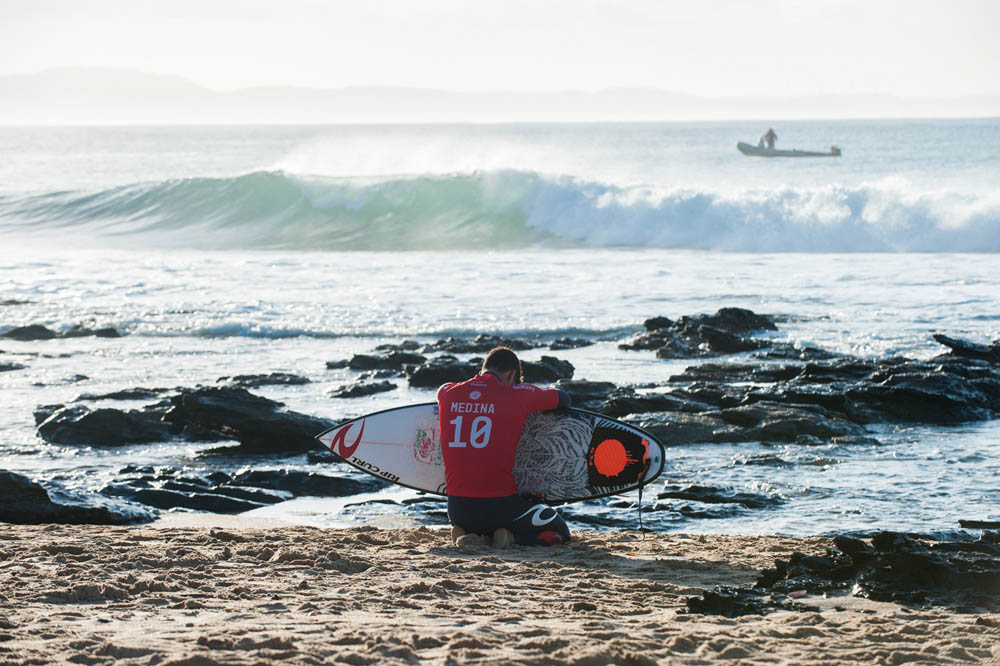 Day 4 of the JBay Winterfest saw the third day of competition at the JBay Open, with small waves on tap at Supertubes.

The early morning heats saw inconsistent waves peeling down the point, with a few exciting pulses throughout the morning. Jeep Leaderboard tour leader Matt Wilkinson was eliminated, while title chaser Gabriel Medina remained in the game. Other stand-out performances of the morning included Julian Wilson and Mick Fanning, who both won their heats.