Jeff Clause from The Links briefed the athletes before the tournament started, and then they headed on out. 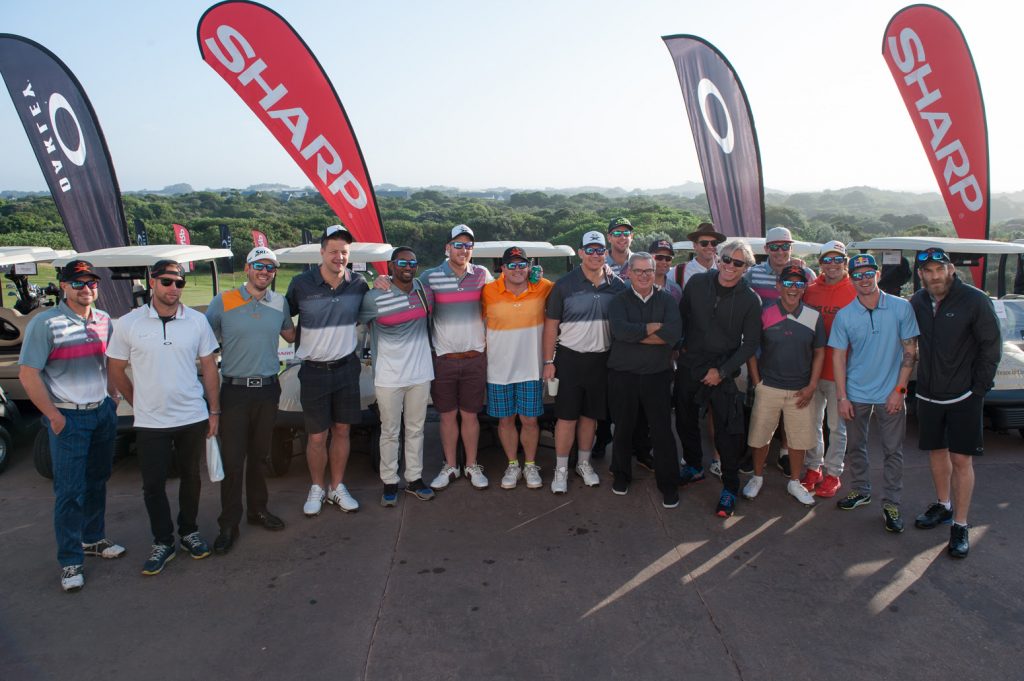 The morning was all about successful Sunshine Golf Tour campaigner Ruan de Smidt. Also known as the-pro-golfer-who-nearly-won-a-surf-contest, when he (almost) rode to the overall win in the 2014 event, he was the eventual winner in the golf event this morning, and is eyeing the surf event again.

“I’m happy to get the win this morning, but the next two events are definitely not my strong points,” said Ruan. “I’m just going to try and have some fun out there.”

Bobby Skinstad was another athlete who shot a decent round this morning.

“I got to play with Tommy Whittaker and Ruan de Smidt,” said Bob.  “Ryan O’Connor and I were the least talented players out there, but at least I got some tips from Tommy for the surf event tomorrow.” 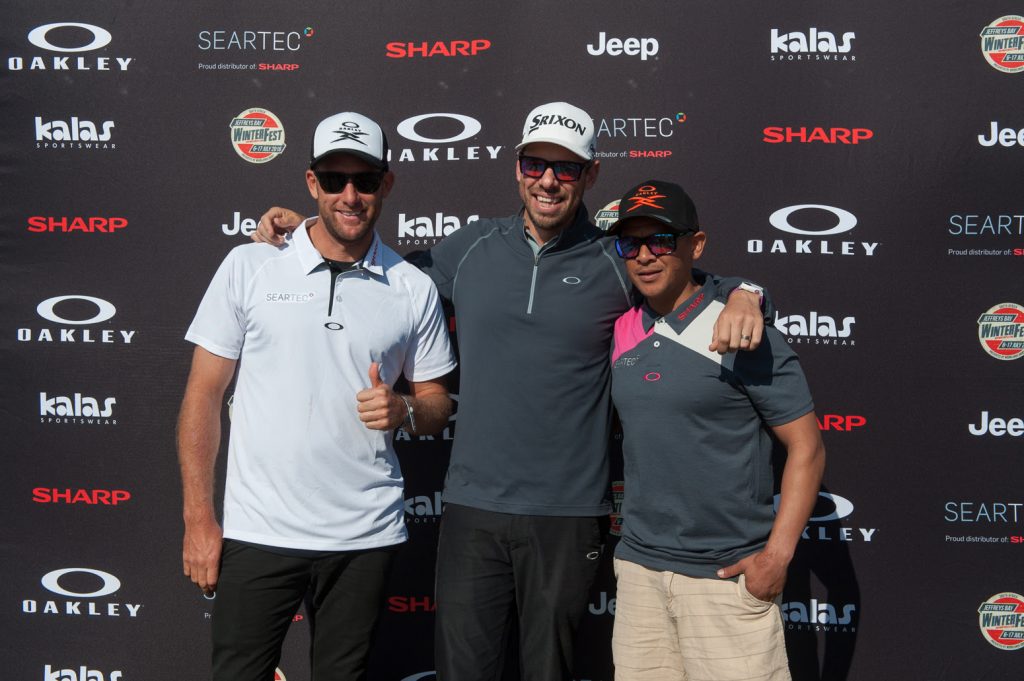 South African downhill legend Greg Minnaar took out the mountain bike event at Fountains Mall on Wednesday afternoon. The Maritzburg native, who is the most successful World Cup racer of all time (and fresh off a third place at the Lenzerheide World Cup event) didn’t have it all his own way on the innovative new eliminator format however, with retired Ironman champ Raynard Tissink and super fit rally driver Giniel de Villiers make him work all the way till to the line. 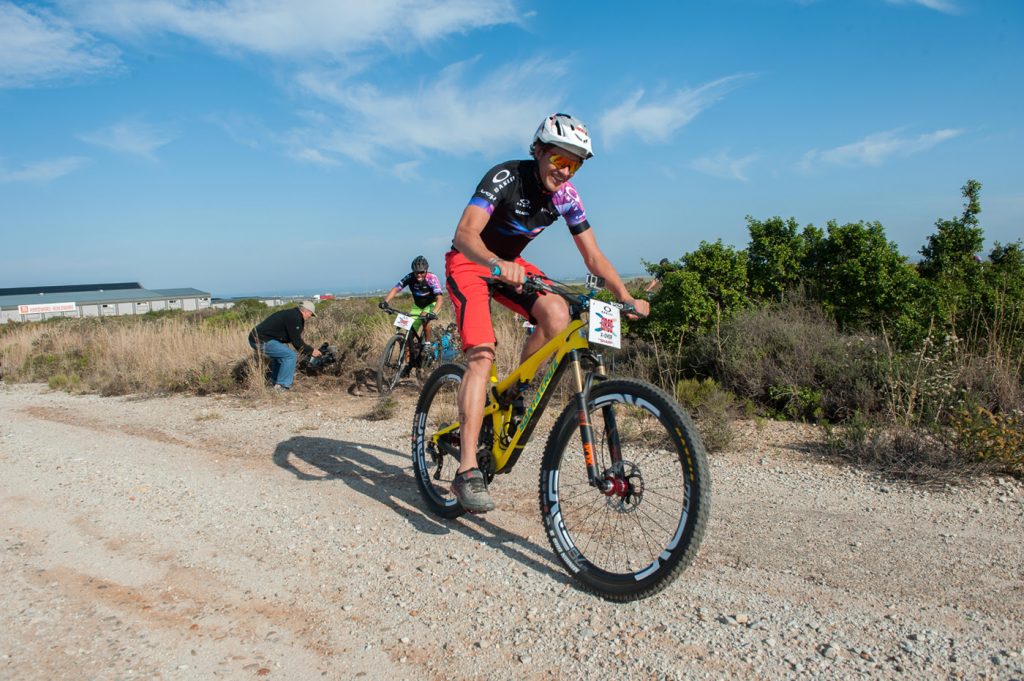 “I’m well chuffed with the win,” commented Minnaar afterward. “It was tough though, but I think the new format was more fun than in the past.”

The new race format saw the riders tackle a 1.7km course, designed by JBay Wind Farm MTB Classic founder and route designer, Arthur Joubert. After each lap the last three riders were eliminated and then another lap was started.

Conditions were warm and dry and this was telling on the riders still in the running in the final few laps. “We had the golf this morning,” said Minnaar. “That always starts well, but ends bad,” he joked. “The stopping and starting was tough for me – you get the heart rate way up, so it was short but very tough. But, the new format meant spectators could watch the riders all the way round the course and it made for some exciting racing.” 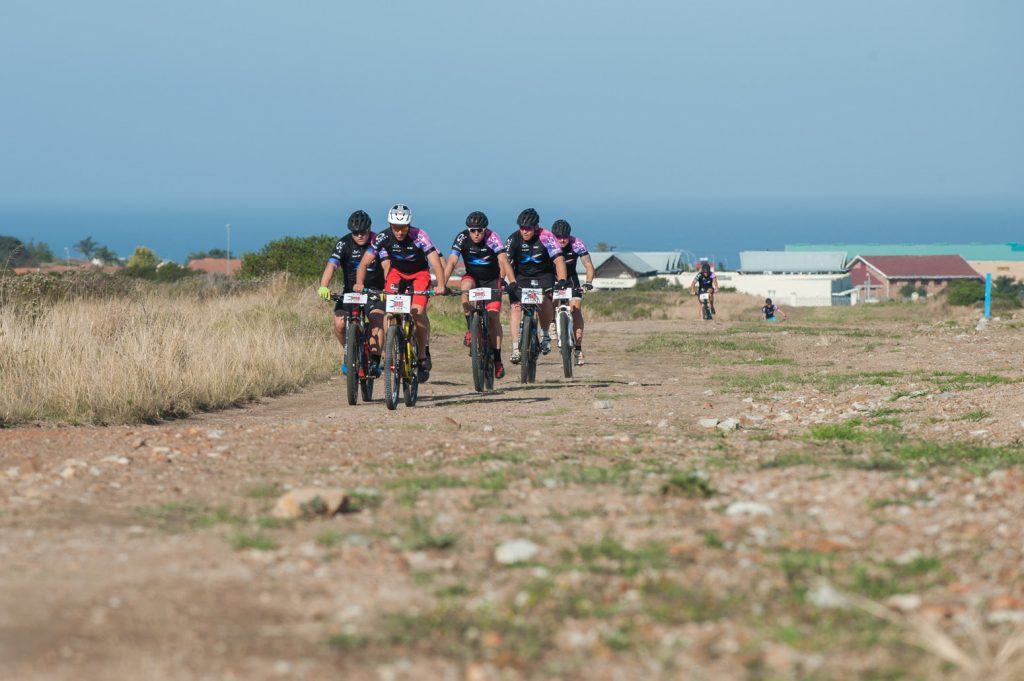 Minnaar and the rest of the riders who made it to the final lap completed seven laps in total.

Tomorrow sees the Oakley X Over move to the Lower Point in JBay for the surf event. the surfing will kick off at 9 am, and learners from the St Francis College will be in attendance to meet their heroes and to do a beach cleanup at the Lower Point.

The Oakley X Over presented by Seartec runs on 13 and 14 July, and forms part of the JBay Winterfest.