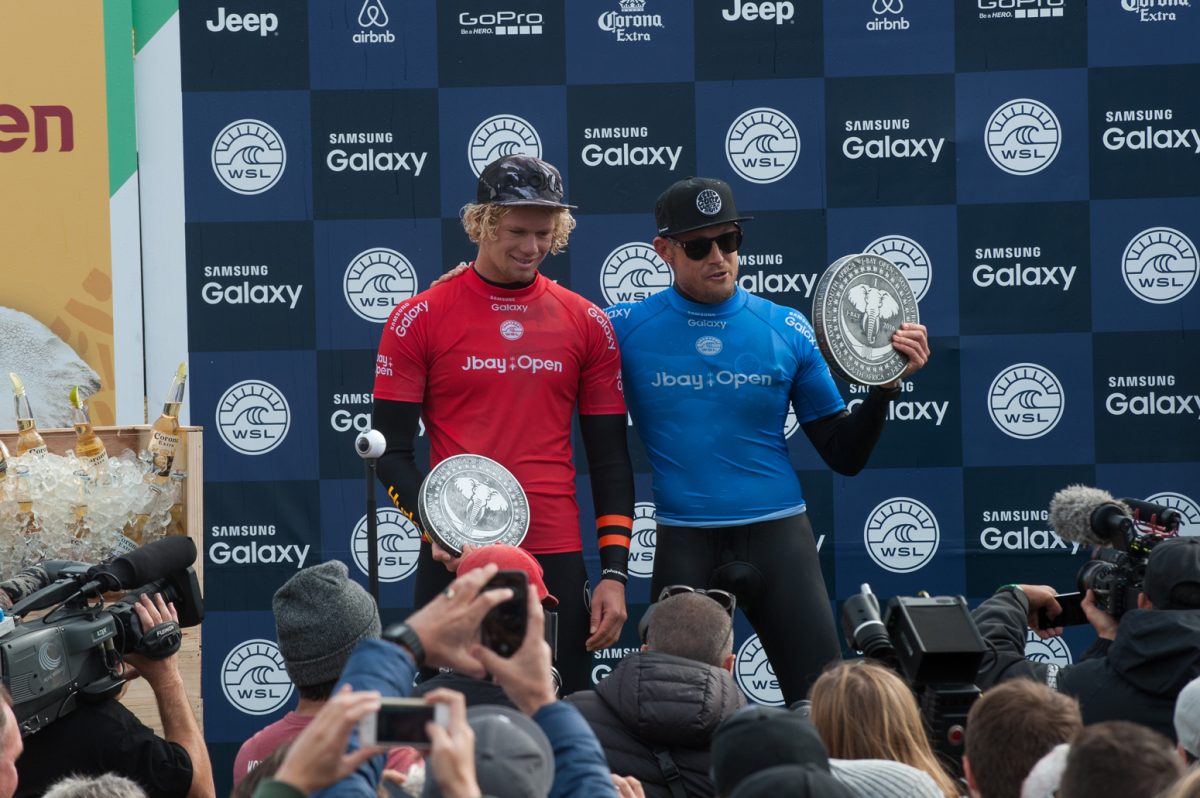 A chilly Saturday morning at Supertubes saw a few small waves running down the fabled point, and the event organisers did not hesitate in calling the event on. While it wasn’t perfect Supers, it was highly contestable and there were excellent scoring rides from the get-go. Grey skies did not keep the crowds at bay, and the beach was packed to capacity before10am.

The second semi was the repeat of last year’s final as the two Australians, Mick Fanning and Julian Wilson, repeated their disrupted final from last year, with Mick winning through to the final.

In the second semi, young Hawaiian surfer John John Florence came up against Australian surfer Josh Kerr, who deposed Slater in the first heat of the day. Both John John and Josh are aerial exponents and took to the skies, but it was John John who emerged victorious.

The final saw Fanning flying down the line to execute a few big, high scoring turns and take the lead from John John early in the heat. Despite some massive air turns from John John on both his scoring waves, Fanning hung onto the lead until the end, to win his fourth event title in JBay.