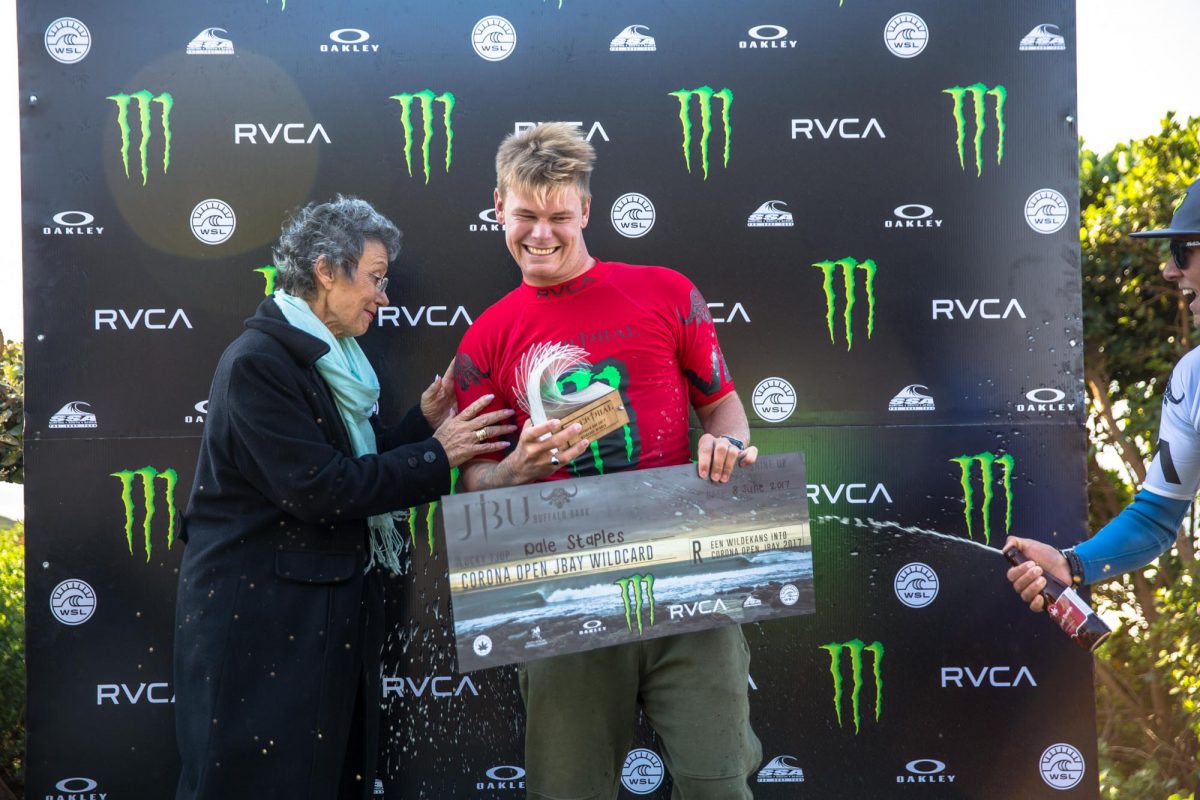 It gives me great pleasure to welcome you to Kouga in the Eastern Cape, South Africa, for the 2017 edition of the Corona Open JBay.

The Corona Open is the only stop on the World Surf League Championship Tour in South Africa and on the African Continent, and I would like to thank the WSL for once again putting their faith in the legendary waves of Jeffreys Bay, as well as for allowing the contest to serve as the anchor event of the annual JBay Winterfest.

The next 12 days will be a truly special time for Kouga, with top local, national and international athletes visiting our shores to take part in a variety of sporting events.

Many of the supporting crew, media teams and fans from outside Jeffreys Bay have also become part of the family over the years and it is wonderful to welcome you back, along with some new faces.

While this year marks the fifth edition of the Winterfest, it is the first Winterfest to be hosted under the auspices of Kouga’s new Council following the municipal elections in August last year

I would like to make use of this opportunity to assure the organisers, participants and fans that the new Council will be giving the Corona Open and Winterfest our full support.

We have already increased our sponsorship of the Winterfest and will be upgrading infrastructure along the beachfront to support the ongoing success and growth of both events.

Some of the streets around Supertubes have been resealed and we will also be upgrading the Supers boardwalk, which has had to carry an increasing number of fans year on year.

I would also like to make use of this opportunity to thank the local organisers, especially Koffie Jacobs and Brenton Williams, for all their hard work. It is events such as these that provide a much-needed boost for local businesses during the quiet winter months.

A special word of “thanks” also to the Supertubes Surfing Foundation, who for many years has been keeping Jeffreys Bay’s surfing beaches clean and pristine.

We wish all the participants only the best and hope that this year’s event will be an unforgettable experience for everyone involved.

I hope I will be forgiven if I admit a slight bias for local surf star Dale Staples from St Francis Bay, who will also be taking part in the Corona Open after winning a wild card in the JBU Supertrial.

Dale will be joining two other South African surfers – Jordy Smith and Mikey February – in the line-up. We really look forward to watching them take on the world’s best and will be crossing fingers for a home-win.

We’ve already had four fantastic Winterfest years. May year number five be the best to date and the start of even greater things to follow.