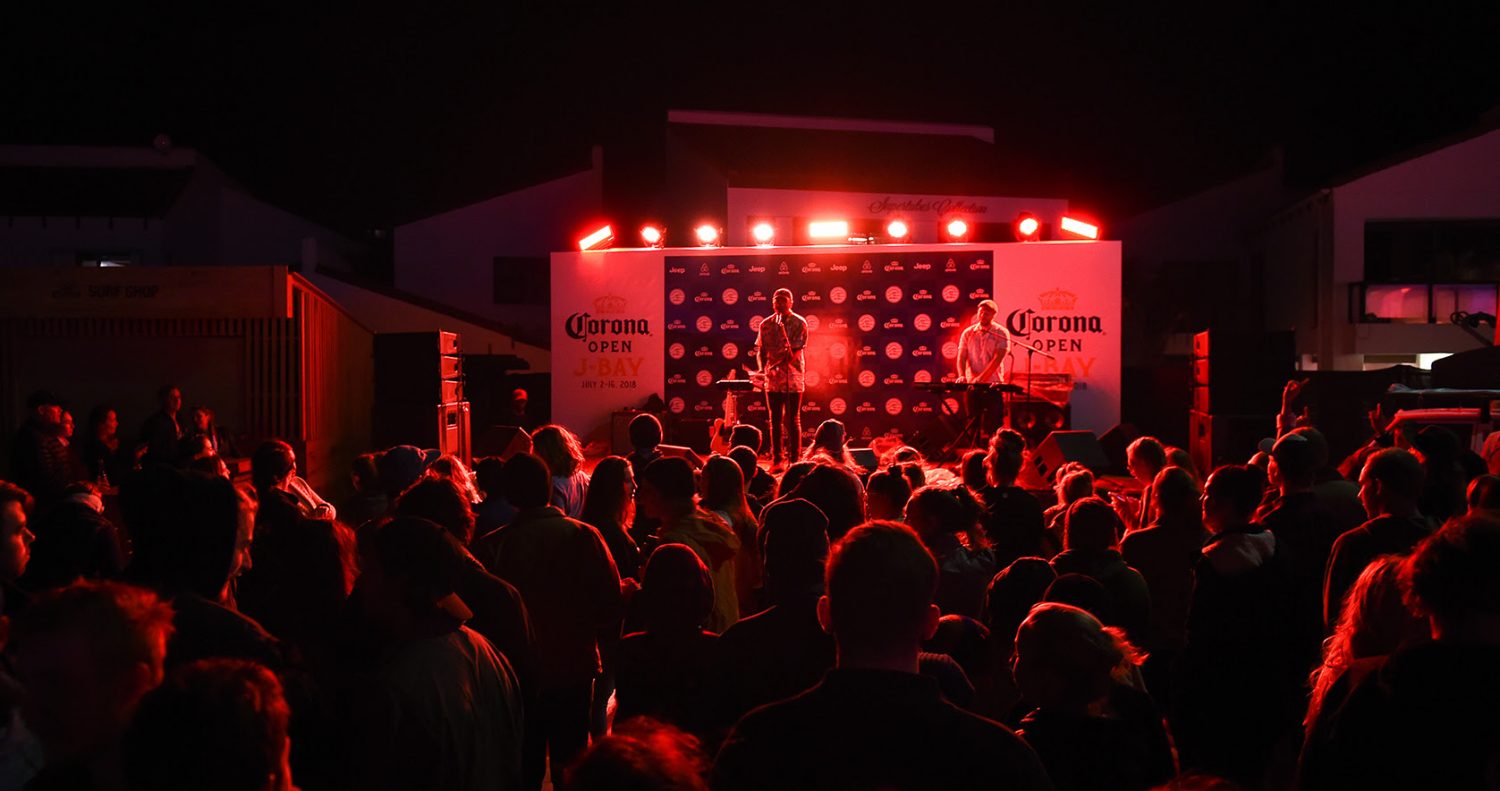 JBay – with the JBay Winterfest and the JBay Open just over a month away, there is much work being done to get the town and the amenities ready and prepared for the thousands of annual visitors and spectators. Every year the town of JBay fills up to capacity with guests and competitors, bringing a welcome boost to the economy and a welcome flurry of activity to the accommodation and hospitality establishments in the area.

Once again this year the Winterfest will feature a number of music sessions after the surfing has taken place. This year the Vibe In The Park music sessions will take place in the Supertubes Park, and there has been much interest in this part of the festival. Some big names have been dropped to headline at the Vibe In The Park, but at the time of this release their slots have not been confirmed, so stay tuned.  There will also be a number of local bands jamming at the sunset sessions.

The Men and Women surfers on the Championship Tour are currently competing in Margaret River, Western Australia, where the waves have been good for the start of the event. After Australia they head to Brazil for the Oi Rio Pro, before heading to South Africa and JBay for the Corona JBay Open, with a waiting period from 9 – 22 July. Historically, this time of year is most consistent for good surf at Supertubes.

The tournament has massive significance for the surfers as the midway point on the tour, and it is where surfers engage in their final world title push, putting all the hard work in to the back half of the year. A good result in JBay can easily lead to a world title. John John Florence, Gabriel Medina, Filipe Toledo, Italo Ferreira, Jordy Smith and even Kelly Slater are all in the world title conversation at this stage.

One of the most interesting aspects of the event in JBay is watching the tour rookies compete at Supertubes. While Supers is a flawless wave, there are still many sides to it that require the intimate knowledge gained from experience, of which rookies generally have little.

This year the rookies consist of Seth Moniz, an interesting and polished young surfer from Hawaii. Then there’s Soli Bailey, the first indigenous Australian surfer to compete on the tour. They’re joined by the likeable duo of Peterson Crisanto and Deivid Silva from Brazil, who both bring flair and attitude to the tour. Finally, there’s the young punk Mikey Wright, who turns heads whenever he surfs. The Australian has a little bit of experience on the CT, having surfed in a number of them last year as a WSL and sponsor wildcard.

It will be interesting to see how the rookies perform, and whether they assimilate to the wave with ease, or struggle to find the best waves and the sweet spots. It’s not impossible to figure it out on first go, seen as Joel Parkinson won the event as a rookie in 1999. Generally the rookies have to try that much harder in order to stand out from the more experienced surfers.

The other events in the JBay Winterfest include the Endurade JBay X Trail Run, the Bowls Tournament, the Fishing Skins competition, the Funduro Moto-X and the previously mentioned Vibe In The Park music sessions. There is also going to be a comedy festival at The Bay Pasta Co. with Barry Hilton and Gino Fabbri among others. There will also be a signature evening, where the top surfers in the world will be signing posters for the public.

The JBay Winterfest is sponsored by Kouga Municipality

The JBay Winterfest is sponsored by Howler – cashless event solutions.