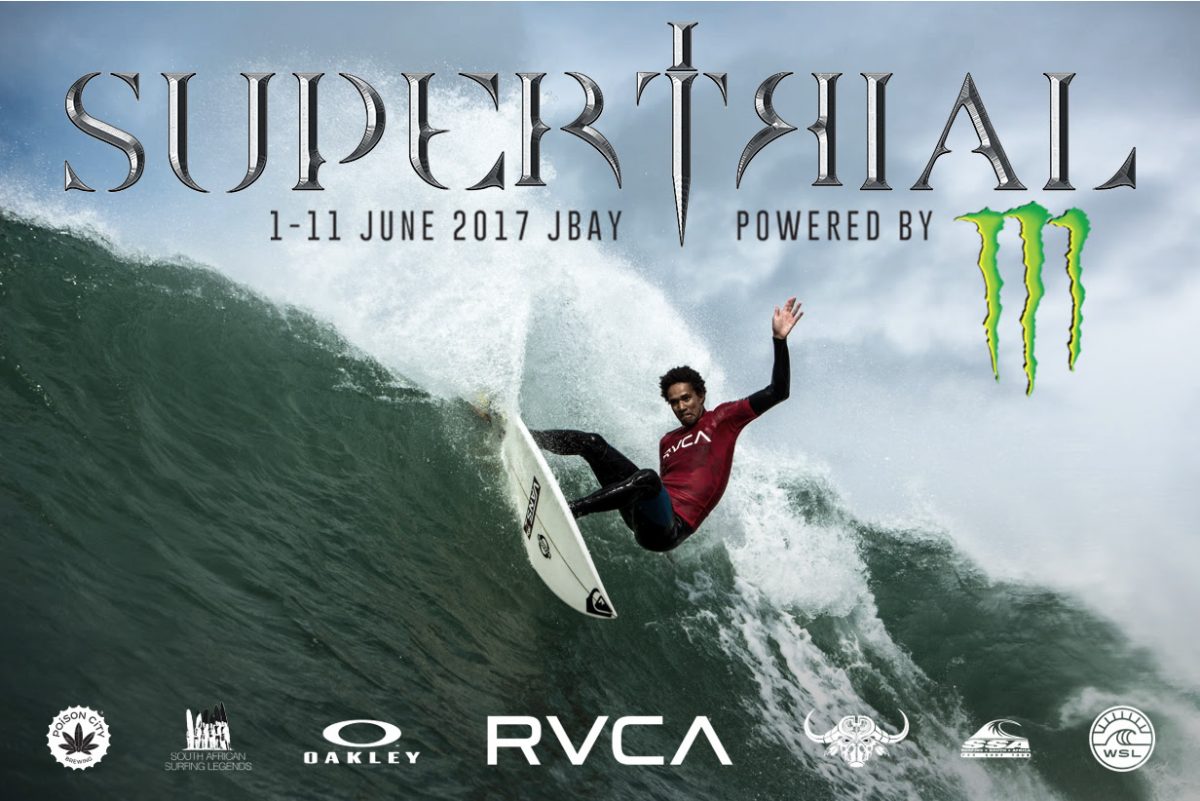 JBay – This year’s edition of the prestigious JBU Supertrial powered by Monster Energy promises a fast and lively event for the select invited surfers. With a waiting period from 1 – 11 June, this event has always enjoyed excellent Supertubes surf, and the 2017 edition should be no different.

The event is an exclusive invite-only tournament, and the winner receives a wildcard into the World Surf League Championship Tour event – the Corona Open JBay that takes place every year in Jeffreys Bay. The JBU Supertrial is the only contest in the country that offers a stake into a Championship Tour competition, and a win here could very easily launch a young South African surfers’ pro career.

The 2017 version of this event will feature an exciting new format. “This year will see a fast-paced and dynamic contest structure,” said contest organizer Koffie Jacobs. “This format will reward those surfers who surf hard and take chances from the get-go.”

The first surfers have been announced.

Mikey February from Kommetjie in Cape Town recently won the Nelson Mandela Bay Surf Pro, and is in the mix for the JBU Supertrial. Mikey has been a perennial performer in the event and has had some very close runner-up positions, but as yet has not found the win. With his current form this could be his year.

uMhlanga surfer Beyrick De Vries is also a regular in the event and has shown a strong affinity for the tube at Supertubes including one incredible barrel before the contest started last year. Beyrick was the 2016 WSL Africa champion after a stellar string of results around the Ballito Pro last year and would no doubt love to bank a JBU Supertrial victory.

JBay local Matt McGillivray is one of the best out at the Supertubes racetrack on any good day of the year, and has had numerous contest results here and in the international arena. A determined competitive surfer, McGillivray has talent, excellent competitive skills, big match temperament and local knowledge – all the elements needed for a big result.

Dylan Lightfoot is another JBay local who knows how to surf the at-times complex Supers waves. He is a former event winner, and knows what the judges look for when surfing out in his back yard. Another extremely competitive surfer, Dylan has been known to win heats and events in the dying seconds.

The JBU Supertrial is a precursor event to the JBay Winterfest that takes place in Jeffreys Bay from July 12- 23.