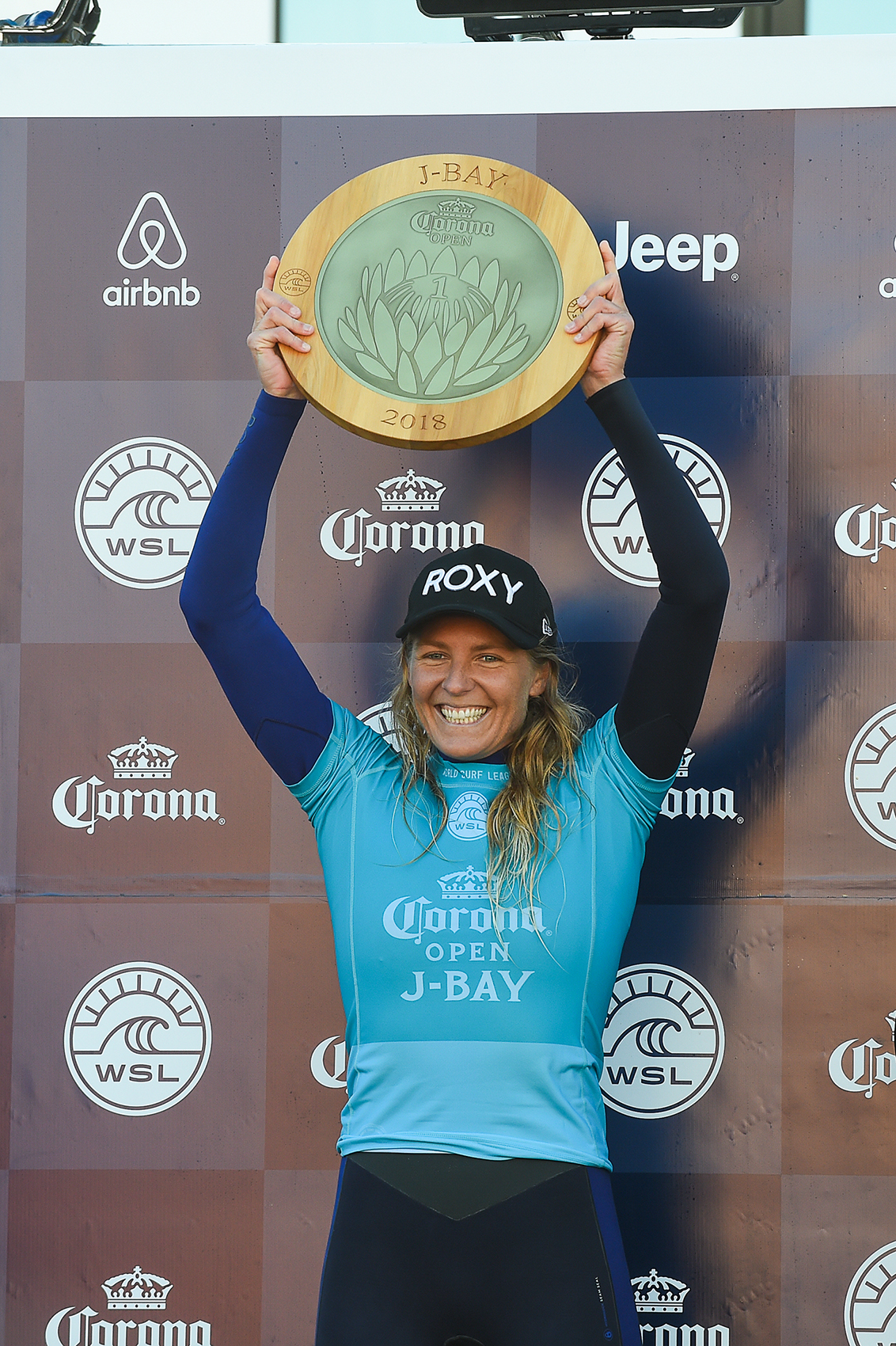 The girls own it at perfect Supers.

Stephanie Gilmore  won the Corona Open J-Bay in pumping four-to-six foot conditions at Supertubes. In a marathon day of competition, Gilmore took down Lakey Peterson in the Final, Tatiana Weston-Webb in the Semifinals, and a spirited Bronte Macaulay in the Quarterfinals to take the win at the women’s first CT hosted at Jeffreys Bay in almost 20 years.

The win by Gilmore sees her go to Number 1 position on the Jeep Leaderboard with Peterson slipping to number 2. 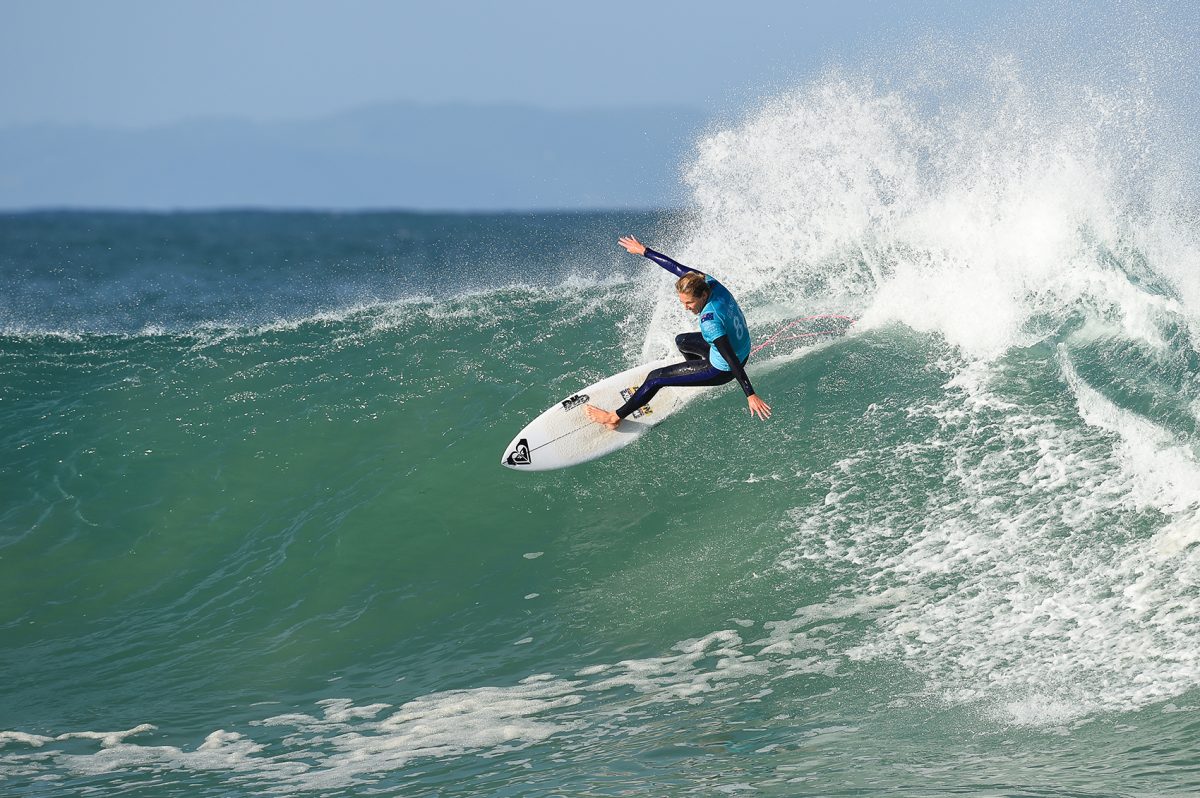 South African surfer Bianca Buitendag made the Semifinals and placed equal 3rd overall, going down to Lakey Peterson in Semifinal 1. It was an inspired performance from the injured Buitendag who earlier in the day knocked out Hawaiian’s Coco Ho and 3 time WSL Champion Carissa Moore.

It was yet another unbelievable start to the last day of competition at the Corona Open JBay women’s event, as perfect six-foot sets simply poured through from first light, and the contestants scurried over the rocks.

In a fierce final it was an incredibly on-form Lakey Peterson against the style-master Steph Gilmore, and the word on the street and in the VIP area, the athlete area, Casa Corona Bar and in the cheap seats was that it was her event to lose. Putting money on Lakey would have been an easy thing to do. Steph however, was holding back and possibly playing a fitness game on everyone. It seemed like she made it all the way to the final without trying too hard, throwing a few fins and grinding a rail when she needed to, and when she wasn’t going to fall off.

The final started off slowly, with a few low scores and a whole lot of dolphins in the lineup. The final was wide open and an opening exchange of 5.67 vs 3.33 to Lakey, there was nothing in it. The sets continued to roll through, both girls started getting bombs, and the scores were soon on the up, with Steph banking a 7.67 and a backup 6.5 for a considerable lead over the Yellow Jersey surfer. Despite a strong comeback from the American she couldn’t do enough to get into the winning position and succumbed to the dominant Australian. 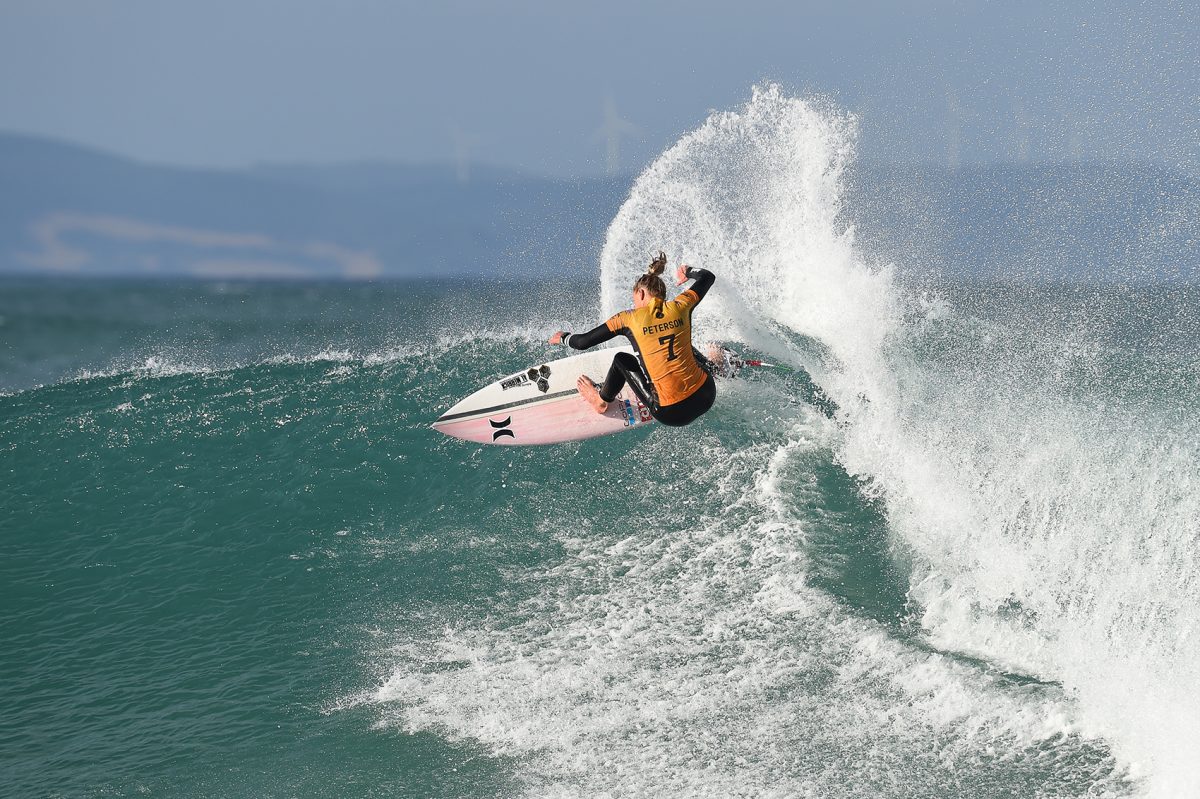 Talking about grinding rails, it really wasn’t a nice situation up at the top gate. The waves were big and the sweep was fierce, and the gully at the top wasn’t revealing itself as an easy and hassle-free jump spot for the girls. Some of them were sent flying, to bounce over the rocks and eventually to freedom, while others got washed down the point so fast that before they looked up they were already sitting down somewhere near the Impossibles section.

The Jet Skies were activated however, and they lent assistance whenever they could, alleviating a little of the grind of Supertubes with a sweep.

In the first semifinal and after a full week’s break from the surfing, all eyes were on Bianca Buitendag, the WSL wildcard and former Championship Tour surfer from South Africa. Bianca had been suffering from a back injury and had been undergoing extensive rehab over the last few days, but it unfortunately wasn’t enough, and she was beaten in the first semifinal. Bianca was committed though, pulling into a big backhand barrel, but Lakey outpointed the lanky goofy-footer in surf that continued to fire at Supers.

The second semifinal was a wild heat, with two of the best women surfers in the world battling it out in perfect six foot sets at one of the greatest right-hand point-breaks in the world. Tatiana Weston-Webb had been setting the waves alight all morning, grinding into some huge turns and long lip-line floaters on bigger sets. She is popular as well, with the crowd cheering her on whenever she took off on a wave and started flying down the line.

Steph however, is one surfer who is perfectly suited to the lines of Supers. She has such an amazing knack of finding the right speed-lines, high lining when she needs speed, and throwing the hammer when the opportunities arise, looking oh-so-graceful throughout. A classic rail surfer, Steph has the sort of style that makes Supers look good, and the wave makes her look incredibly graceful. It’s an example of beautiful surfing symbiosis. Tati fought hard, going for broke on a few bigger sets, but Steph was dominant and went into the final looking strong.

Surfing a couple of heats at Supers in one day is an exhausting affair as well. The two surfers, Steph and Lakey, were paddling out for their fourth heat by the time the final came around, and that sort of physical duress is going to take its toll. In A-grade Supertubes they traded off sets on the pushing high tide. At the final siren it was all about Steph, and she was a popular winner and yet another surfer who was born to surf Supers. Her win was deserving, and her Yellow Jersey even more so. 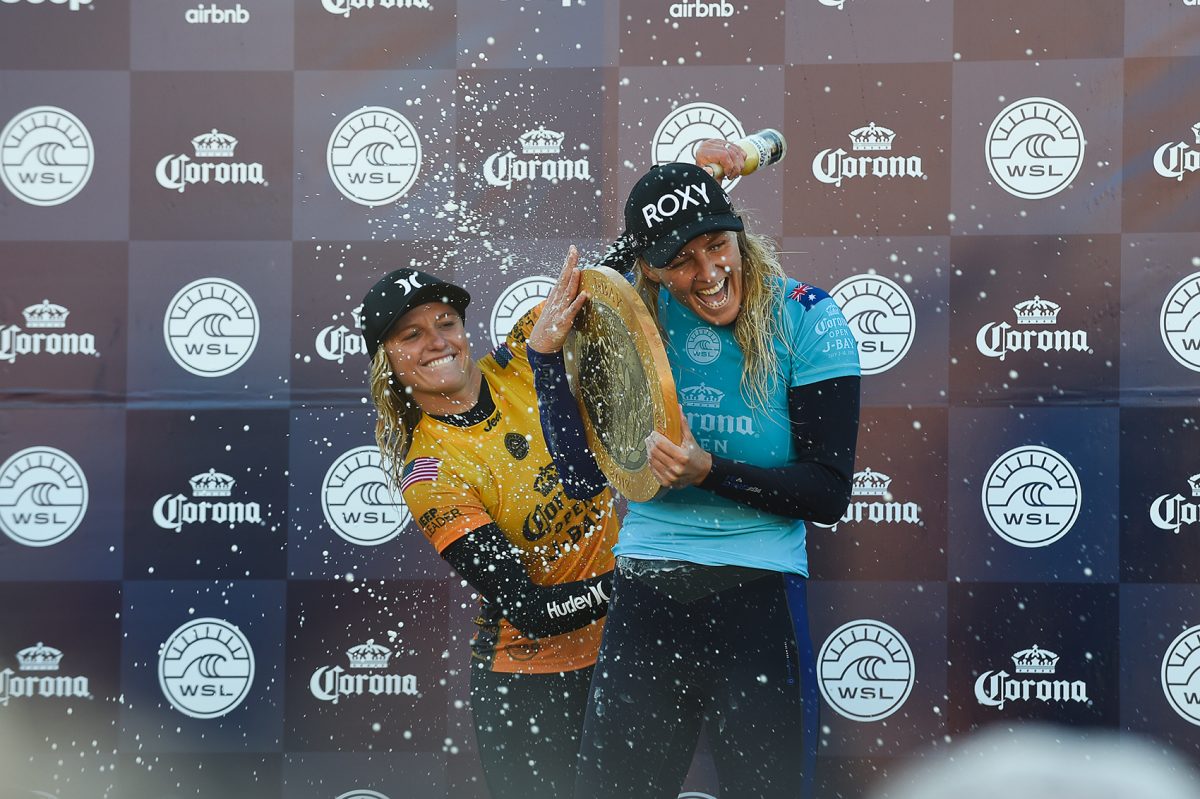