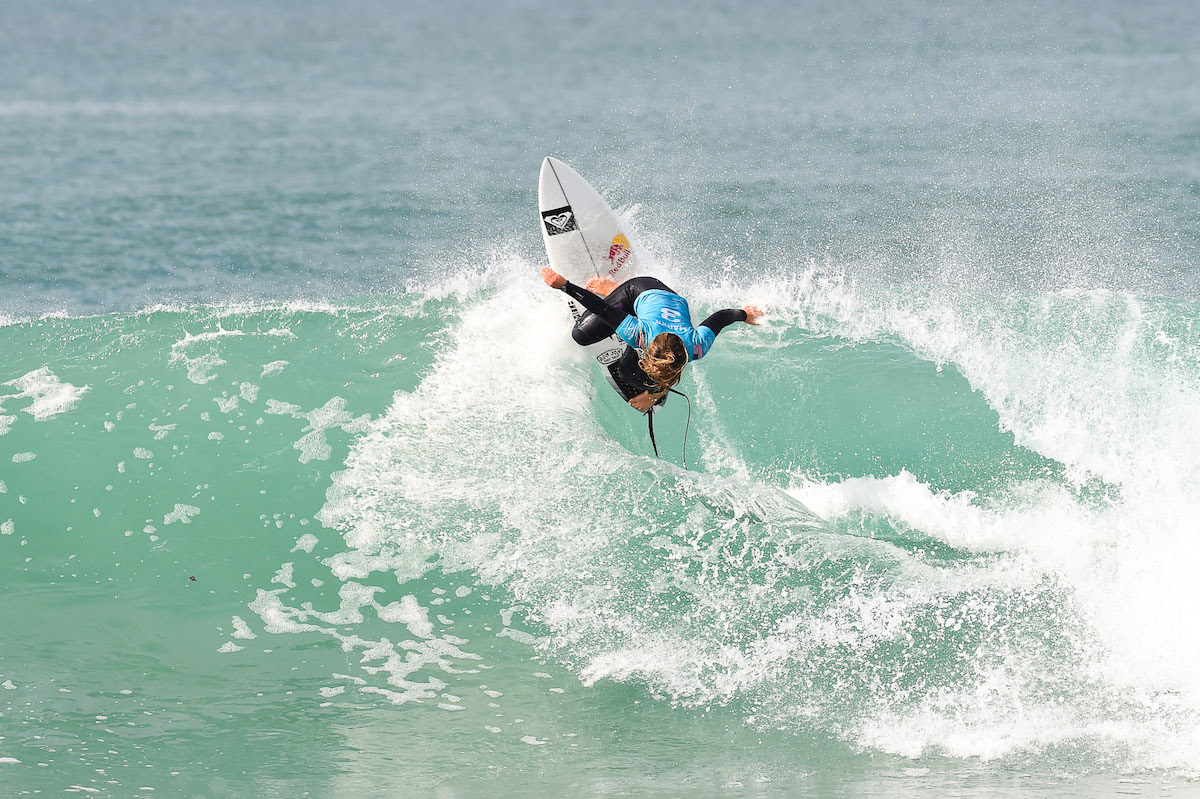 JBay – Endless lines of perfect Supertubes greeted contestants as the sun peeped over the eastern skyline this morning, and there was no hesitation in calling the contest on.

In the first heat of the day Jordy Smith made a simple error of being out of position for the best wave of the heat. Owen Wright picked it up further on the shoulder and out of priority and proceeded to whip a series of backhand hits for an 8.60 and the heat win.

Japanese surfer Kanoa Igarashi is looking like he is the man to beat. It is very clear that he has the wave dialed and that he has some of the best equipment underfoot. He put on an incredible performance today, executing as many critical turns as is possible on a wave like Supers, with great style and always tight in the pocket. He banked a score of 8.17 and Brazilian surfer Peterson Crisanto was chasing. Kanoa proceeded to go all the way to town on his final wave and surfed it absolutely to pieces, and deserved the 9.07 score awarded and the win.

In the Kelly Slater (USA) vs Italo Ferriera (BRA) heat, it was the Brazilian goofy-footer who got off to a flying start, with two quick and well-surfed waves under the belt for a combination score of 14.06, before Kelly had anything on the score board. Two failed waves saw the King with 1,40 and the ocean went flat. When Kelly finally got going on a mid-sized wave –all he could put down was a 5.10. At the final siren Ferreira held onto the lead and Kelly was eliminated, from what is possibly his last event in JBay.

Young star Caroline Marks (USA) continued to show the world why she has been recognized as the New Order, by eliminating defending champion and current world champion Stephanie Gilmore (AUS) in their quarter-final encounter with a series of searing backhand hooks and a very critical backhand close-out reentry for a score of 8.17, the best score of the heat and victory.

The ever-gracious Steph was disappointed. “I had a great opportunity and I had a great wave and I fell off on that floater,” said Steph about her loss. “My biggest problem was that I couldn’t get a finish, the judges really like it when you finish your waves strongly.”

Carissa Moore had an incredible heat against Johanne Defay, by putting down the highest score of the women’s round with a heat total of 17.67, including a fantastic score of a 9.50 for a set wave in which she cracked the lip a few times and finished with a deep barrel through the inside.

There are more waves on the way. The next three days has all sorts of weather and swell, and Commissioner Logie is going to have the luxury of cherry-picking what he needs to finish the event.

Vibe In The Park This Weekend.

We have four Corona hampers up for grabs, and to be in the running all you need to do is download the JBay Winterfest app. Each hamper consists of a Corona bag, a Corona fleece blanket, a Corona hoodie and a tee, a Corona beanie, a bamboo straw and a block of wax.

The Corona Open JBay is a wheelchair friendly event and parking is available in Pepper Street, which is right at the event site. All vehicles with the proper disabled accreditation will be allowed access to Pepper Street that will ensure the event is wheelchair friendly. JOC coordinator Brenton Williams said that event security has been alerted to allow access to vehicles with the Wheelchair Parking Disc.

Williams can be contacted on 083 5496795 should there be any problems trying to access the Corona Open JBay event site.