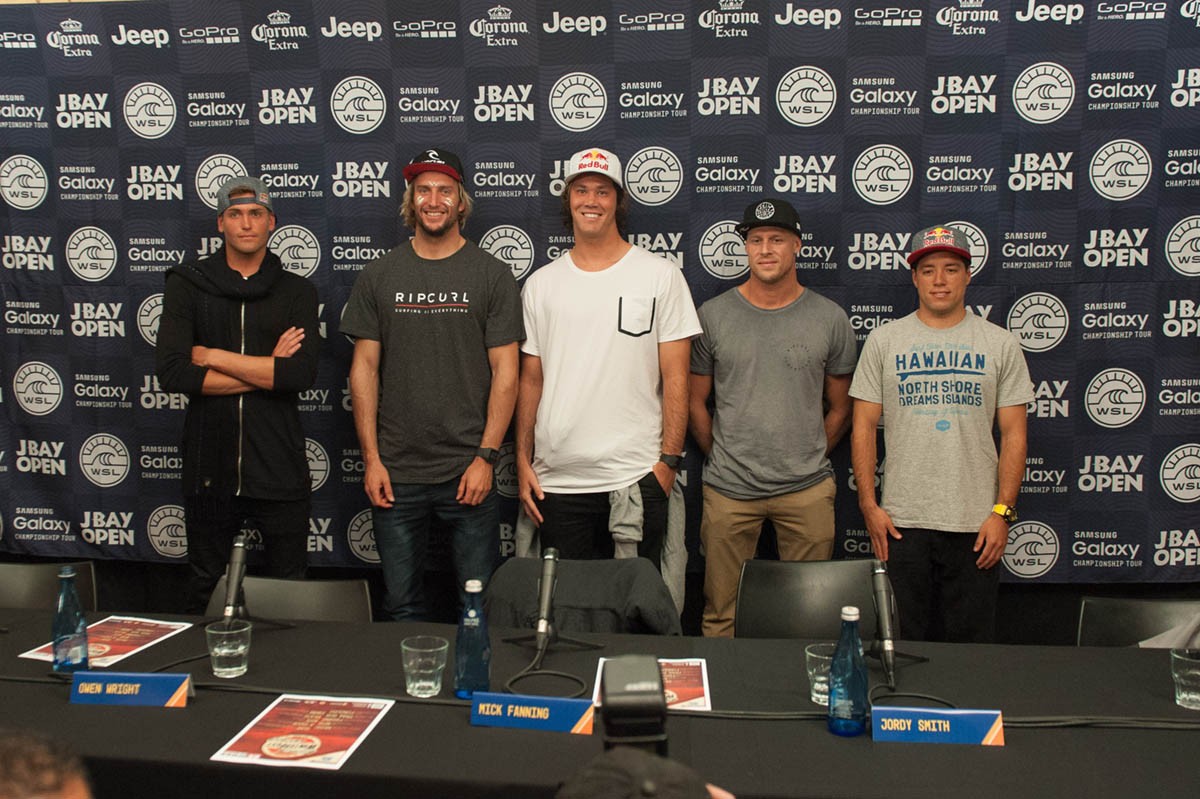 Tuesday night saw the press conference for the JBay Open take place at InFood in JBay. The World Surfing League CEO Paul Speaker gave a quick introductory speech before the local councillor took over the mic and thanked the WSL as well as the JBU, Koffie Jacobs and Arthur Joubert for having the event return to JBay.
Then the 1989 world champion Martin Potter took to the stage and began the press conference.
The gathered surfers were current Jeep Leaderboard tour leader Adriano De Souza from Brazil, defending champion Mick Fanning from Australia, two times event champion Jordy Smith from Durban, Owen Wright from Australia and event wildcard Slade Prestwich from Durban.
Slade gained his entry into the event by winning the recent JBU Supertrial presented by RVCA from Mikey February from Cape Town. Highlights of Slade’s journey through to the event victory can be viewed here https://www.youtube.com/watch?v=6V4OtwXE5vA
The surfers all got a chance to talk to the public, followed by a brief question-and-answer session, before it was time to hit the food queue. A great evening had by all, awesome food, some funny moments, old friend catching up, and the JBay Open was all systems go.*
*Having said that, day number 1 of the waiting period, Wednesday 8 july 2015, was declared a lay day as the waves were deemed small and uncontestable.
— all photos ©Kody McGregor