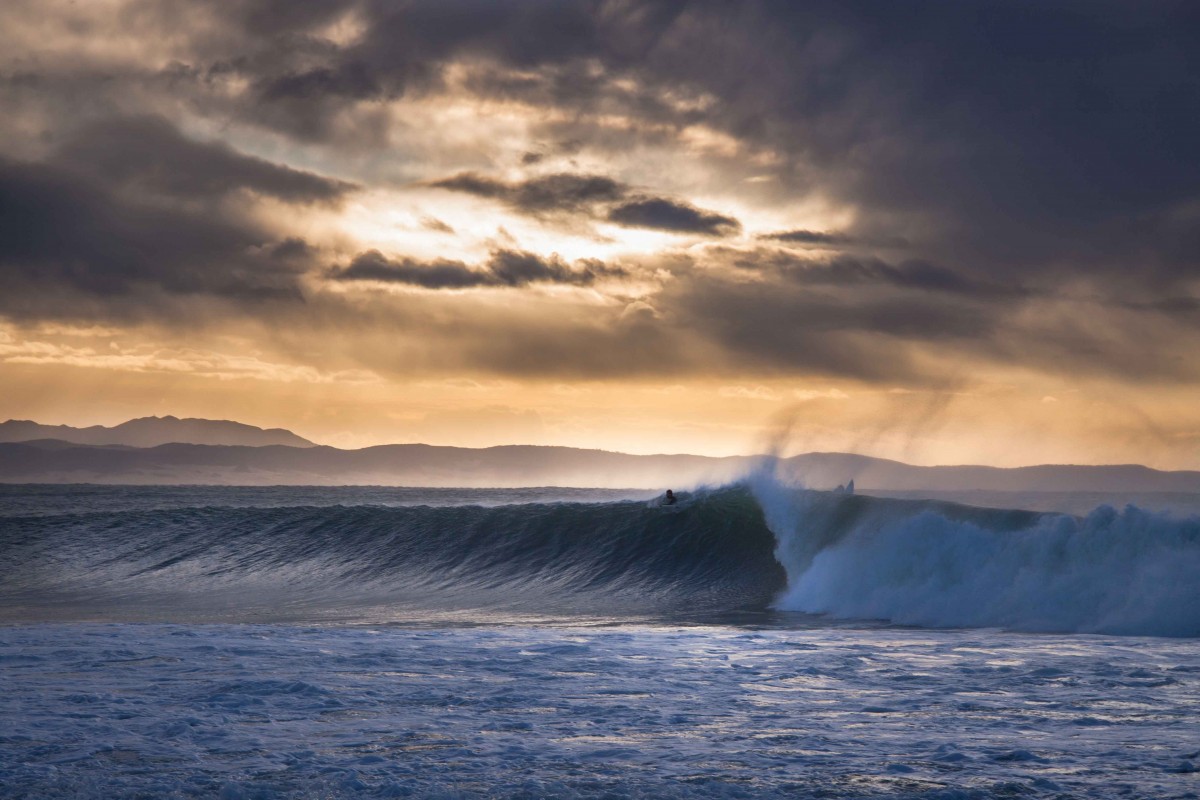 Some large waves are on their way to Supertubes in Jeffreys Bay, and 24 of the best surfers in the country are on their way to meet these waves. The cold weather that is associated with excellent surf at Supers is already upon the Eastern Cape, and all signs are pointing to an excellent run of swell for the contest venue, Supertubes.

With contest organisers keeping their eyes on the swell forecast sites, the best window at this stage looks like Thursday morning and possibly Friday. Invited surfers need to be at the Pepper Street car park at 9 0’clock on Thursday morning for the early morning surf check and a possible start.

Some surfers have started making their way down the coast from Durban by car, while others are scrambling to catch flights. Cape Town surfers are hitting the Garden Route, and the East London contingent are packing up their cars and getting ready to head on down.

Invited surfer Benji Brand has withdrawn from the event due to travel commitments, and first alternate Shane Thorne is now in the event.

Then there are the local crew, who are standing by, watching the ocean, getting their boards ready. Surfers like Dan Thornton who is in the first heat of the day, and Remi Peterson in heat 2. Apart from the local surfers, heat 3 looks like a really interesting heat. Frankie Oberholzer from Warners, Simon Nicholson from Durban, Ricky Basnett from The Bluff and Ryan Payne from Cape Town are going to meet up for some fireworks. All four of them have proven themselves at JBay, and all know how to surf Supertubes the correct way. It’s going to be one of the most interesting and exciting heats of the day, especially if the surf is big and grinding.

One of the seeded surfers, Sean Holmes from Cape Town, was up at Supers on the weekend getting some practice in before the big event. Sean was carving and laying the rail on some big Supers walls and was definitely one of the standouts of the weekend’s swell. Another surfer who put on an outstanding performance over the swell was Alternate surfer Grant ‘Twiggy’ Baker from Durban. Twig was charging the big sets with style, and managed to snag a few choice set waves.

The surf that is approaching is coming with plenty of wind. Surfers might need slightly longer boards, and plenty of time and patience for the paddle out.

Supertubes when it is of decent size such as the swell that is forecast, is a complex wave to ride, and the surfers are going to need to draw on all of their experience and skills to give it their best shot. Good luck to all competitors.

The first heat of the day will be: