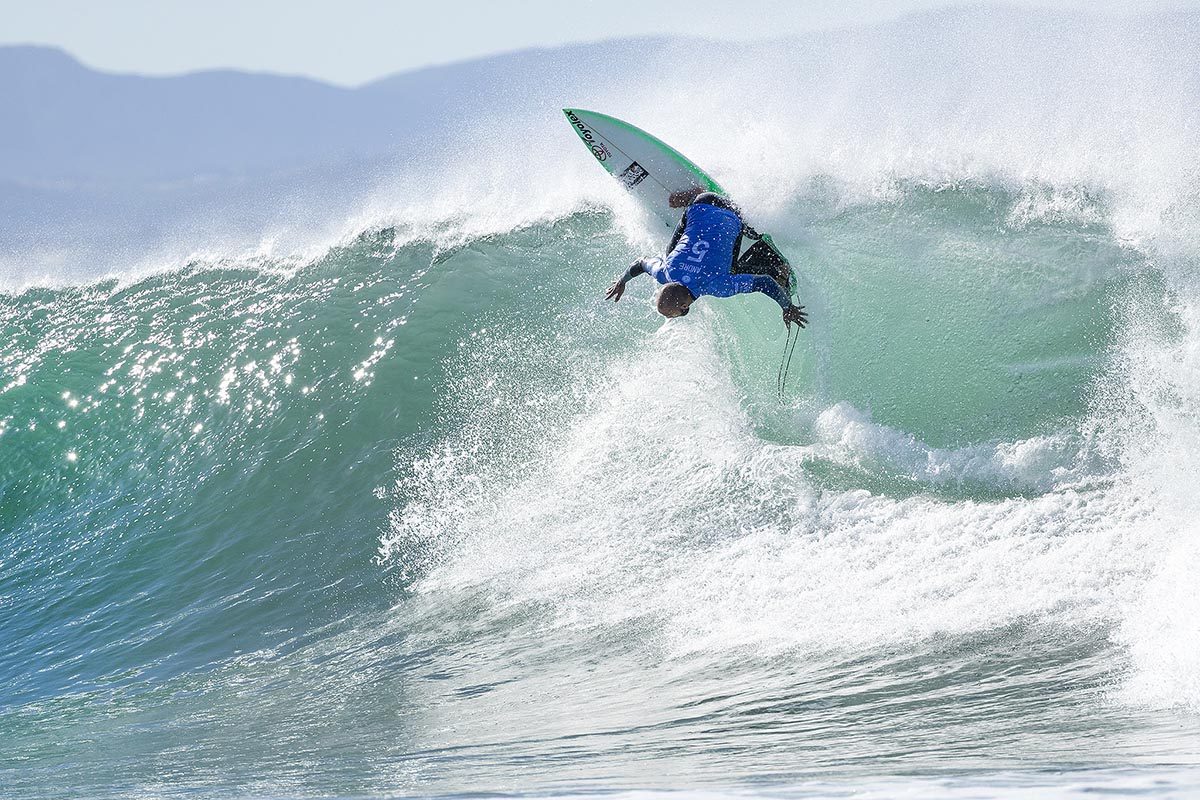 The waves at Supertubes in JBay were absolutely perfect for the elimination round 2 of the Corona Open JBay. Four to six-foot lines peeled down the point all day from a 10:30 AM start, and were still reeling down perfectly as the sun went down.

There were some radical performances throughout the day, a few upsets and a few surprises. Jadson Andre (Bra) eliminated Kolohe Andino (USA) in what was the biggest upset of the day, and Filipe Toledo (Bra) was the most outstanding surfer of the day with a 10-point ride and a heat total of 19.63.

Eleven times world champion Kelly Slater was injured free surfing Boneyards today and has withdrawn from the event. His injury will give Filipe Toledo a pass through round 3. 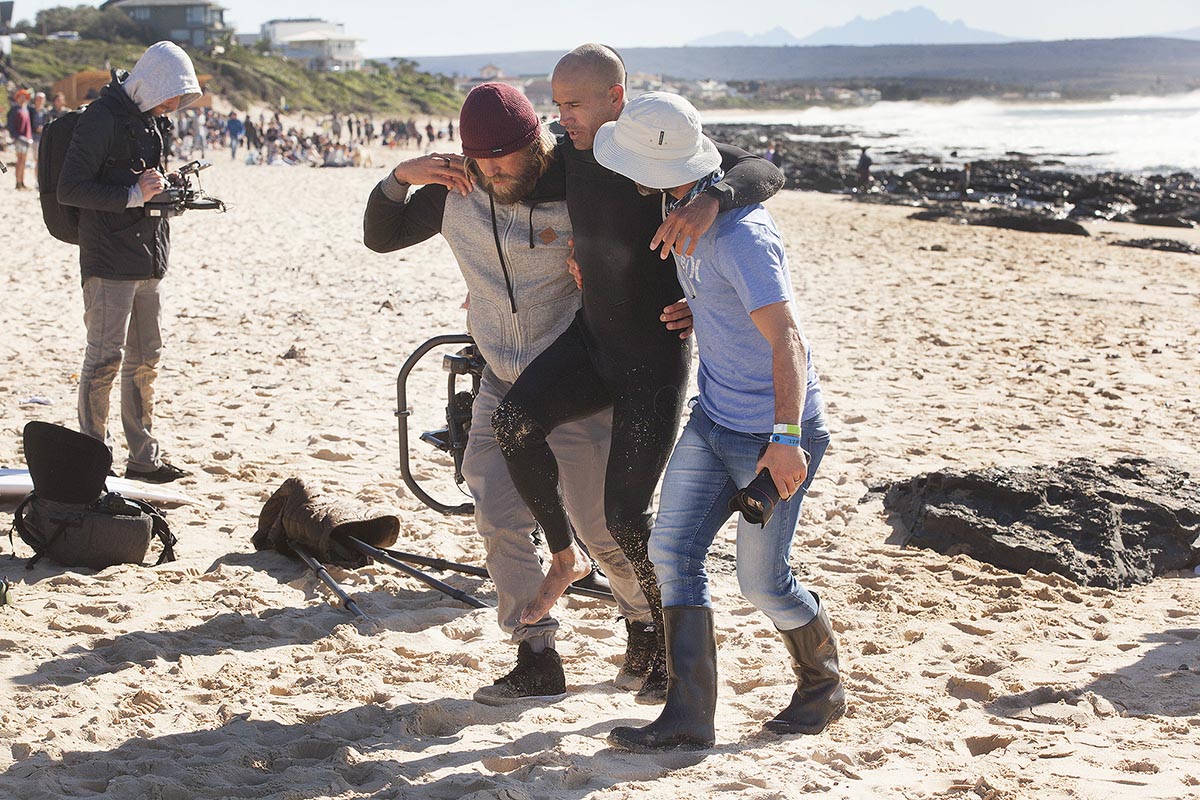 Kelly gets help up the beach to Sharon’s house to get medical attention.

Rookie surfer Ezekiel Lau from Hawaii had a close heat with Brazilian goofy footer Wiggolly Dantes, with the powerful Hawaiian emerging victorious from the exchange after a few powerful barrels through the inside Carpark section. 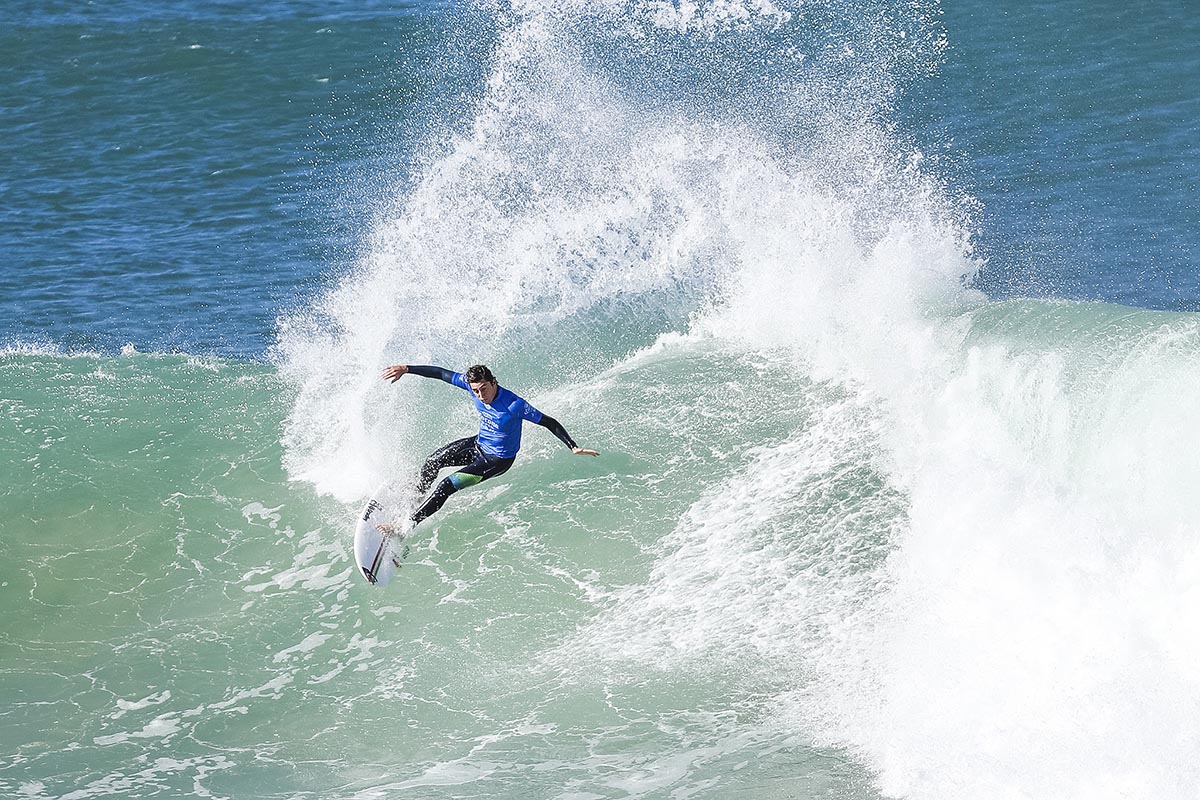 Rookie Leonardo Fioravanti of Italy advances to Round Three of the Corona Open J-Bay after defeating Sebastien Zietz of Hawaii in Heat 7 of Round Two in pumping Supertubes, Jeffreys Bay, South Africa.

The forecasts are showing large surf over the next few days, and event organisers are spoiled for choice. Large surf has been called Tuesday 18th, and even larger surf for Thursday 20th. 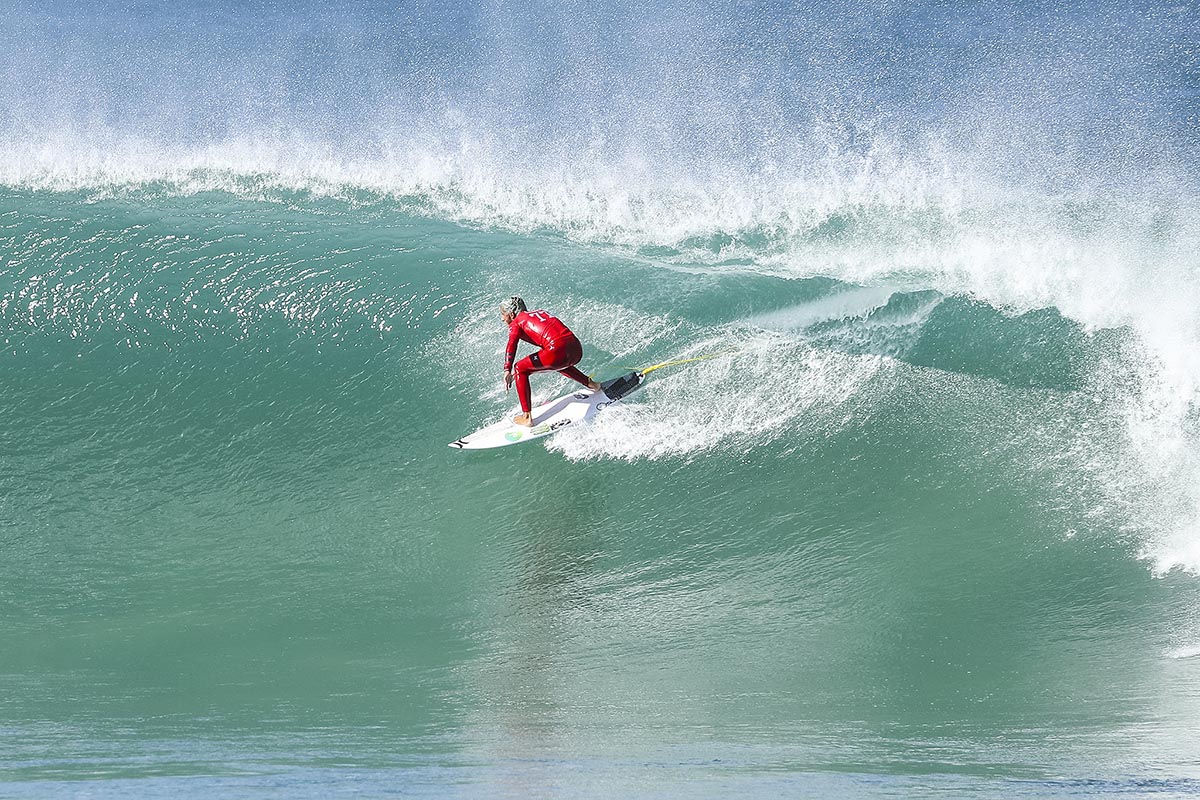 Filipe Toledo banked the highest score of the day with a heat total of 19.63 © WSL / Tostee