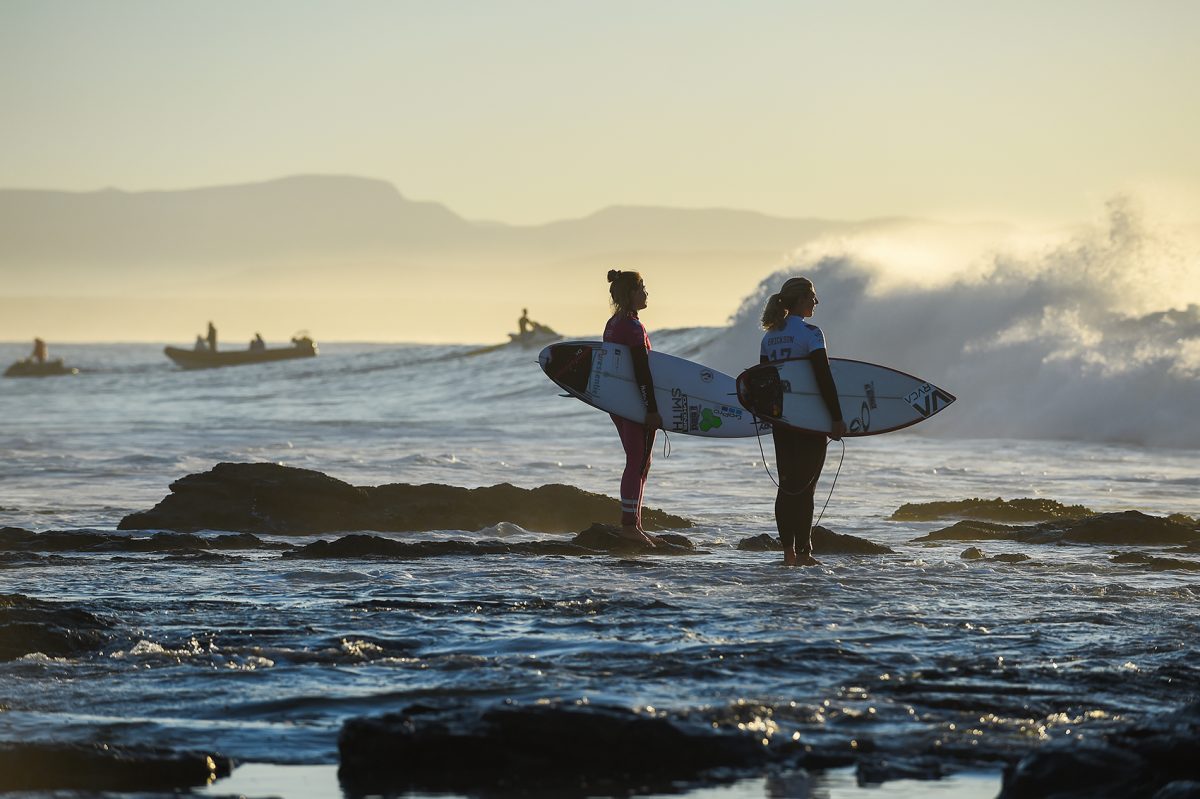 Six-foot sets greeted the contestants, and there were a few bigger ones, as the wind puffed from the north-west and slowly swung to the north.

Sage Erickson swung into a few good set waves and headed for the lip whenever she could, charging all the way down to the Impossibles section – meaty and thick in the light onshore – to win her first heat against Johanne Defay and our Sally Fitzgibbons. 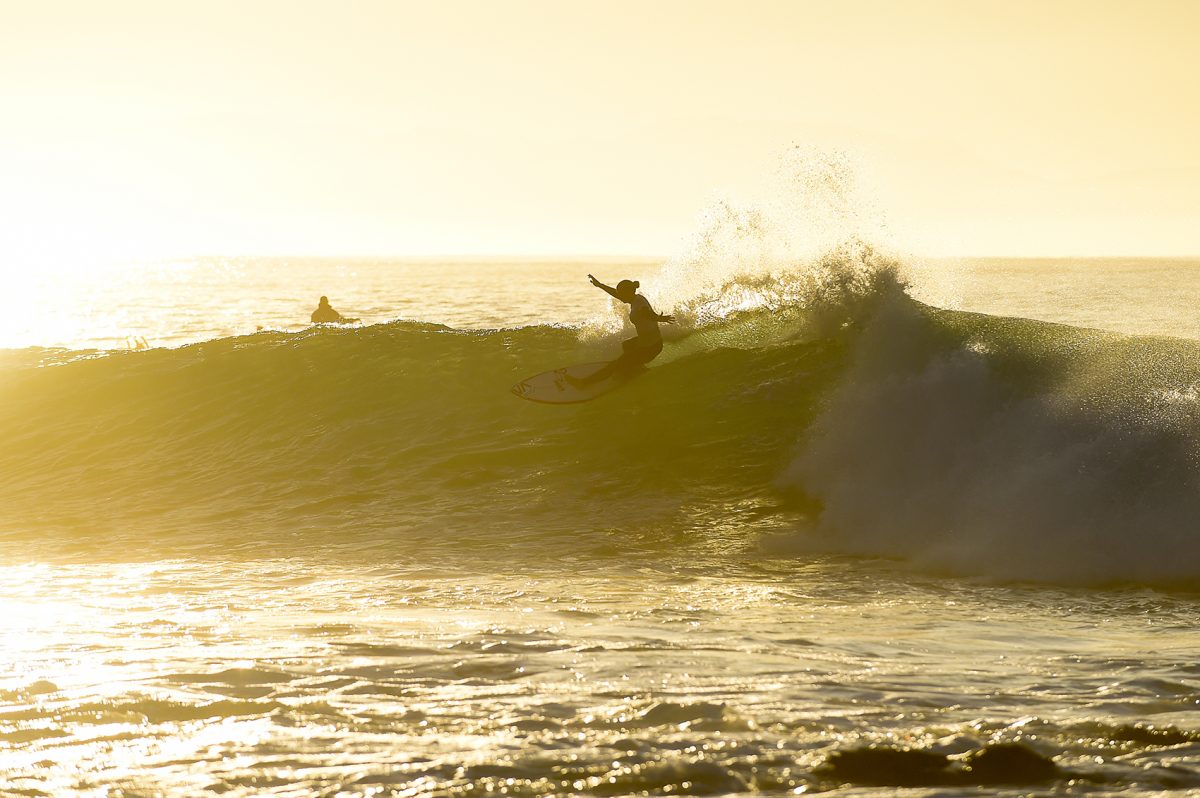 Bronte Macaulay was the next surfer to show her disdain for the powerful surf rolling through at Supers. She blasted the light-onshore sets and outpointed Silvana Lima from Peru and South African wildcard Nicole Pallet, with relative ease.

Another South African wildcard in former Championship Tour (CT) surfer Bianca Buitendag took to the set waves with relish in her first round heat, with Malia Manuel and Lakey Peterson picking up the scraps in a heat littered with endless sets. Buitendag perfected her backhand cracks at a right-hand point-break called Victoria Bay, situated a few hours down the coast from Jeffreys Bay, and is very comfortable surfing on her backhand.

“I think for all the girls it is hard to believe we are actually here,” said Buitendag. “It is actually four-to-six foot and running all the way down, so it is a bit surreal but we are settling into it, and I am very happy to be here.” 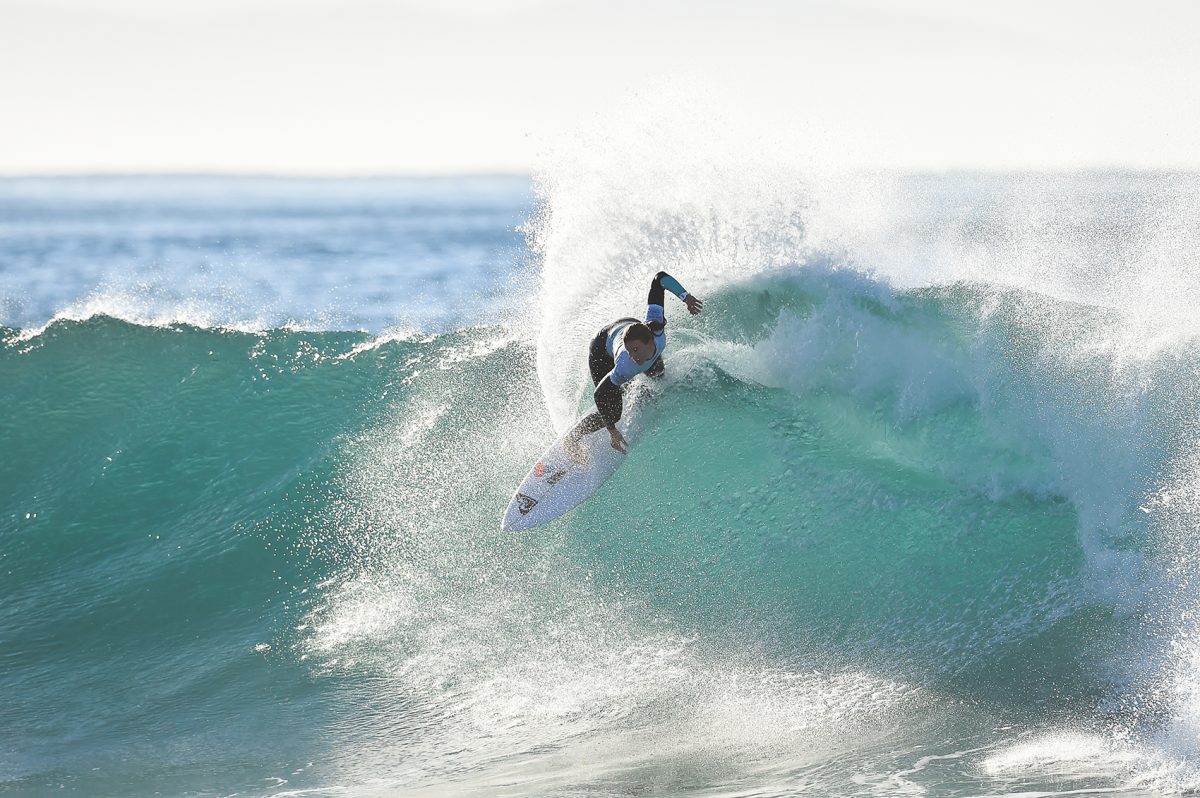 Steph Gilmore won her heat convincingly, but it seemed that she was coming in at about half-pace. Her style and flow is perfectly suited to the waves of Supertubes, but she never found the bombs and stole into the lead more from the lack of competition in her heat as opposed to throwing down the hammer. Steph will kick in later no doubt.

Tatiana Weston- Webb put down the best performance of the round, with an excellent heat score of 16.37 with a series of courageous back-hand cracks on the bigger set waves, and in the final heat of the round the young Caroline Marks put on her best Occy impersonation to win with a series of backhand cracks on a smaller wave to sneak the win against the legendary duo of Carissa Moore and Coco Ho.

The surprises were coming thick and fast in round 2, as top surfers started to fall in the challenging conditions. Sally Fitzgibbons was the first surprise elimination despite surfing well and pulling off some huge turns in the now-onshore conditions. She was beaten by Coco Ho. Lakey Peterson continued surfing with incredible confidence, easily taking care of Nicole Pallet, and advancing to round three in the process. 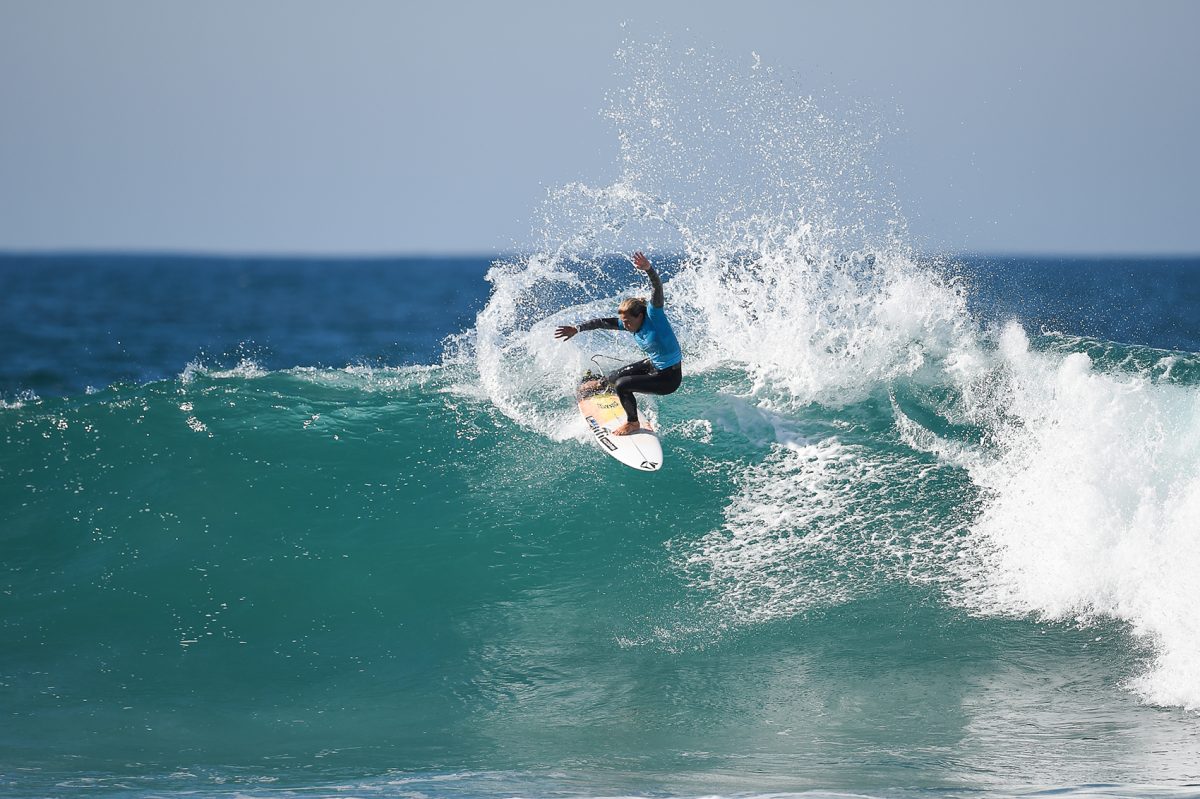 The heat of the day was the Carissa Moore vs Courtney Conlogue heat. Moore found great form in this encounter, and Conlogue was outpointed and outclassed in the difficult conditions. With six-foot sets pouring through, ruffled by the onshore breeze that had been steadily picking up all morning, Moore found two great running waves and went to town on them, belting them with high risk but functional moves for a great score of 8.57 and backup 4.90, and Conlogue had no answer and was eliminated needing a 9.14 by the final siren. 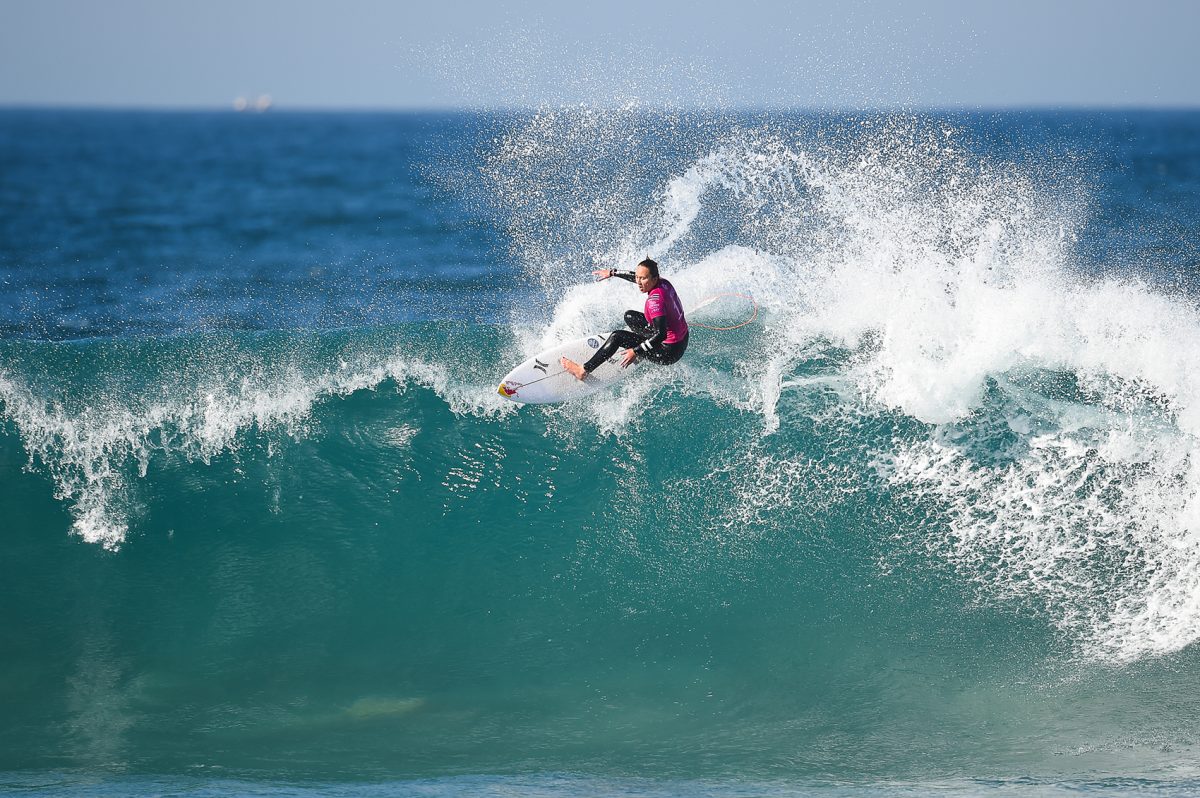 The forecast doesn’t look as promising as it has over the last few days, but Supertubes is known to surprise, and with just a few hours left of surfing, the Women’s event could still be run off over the weekend.