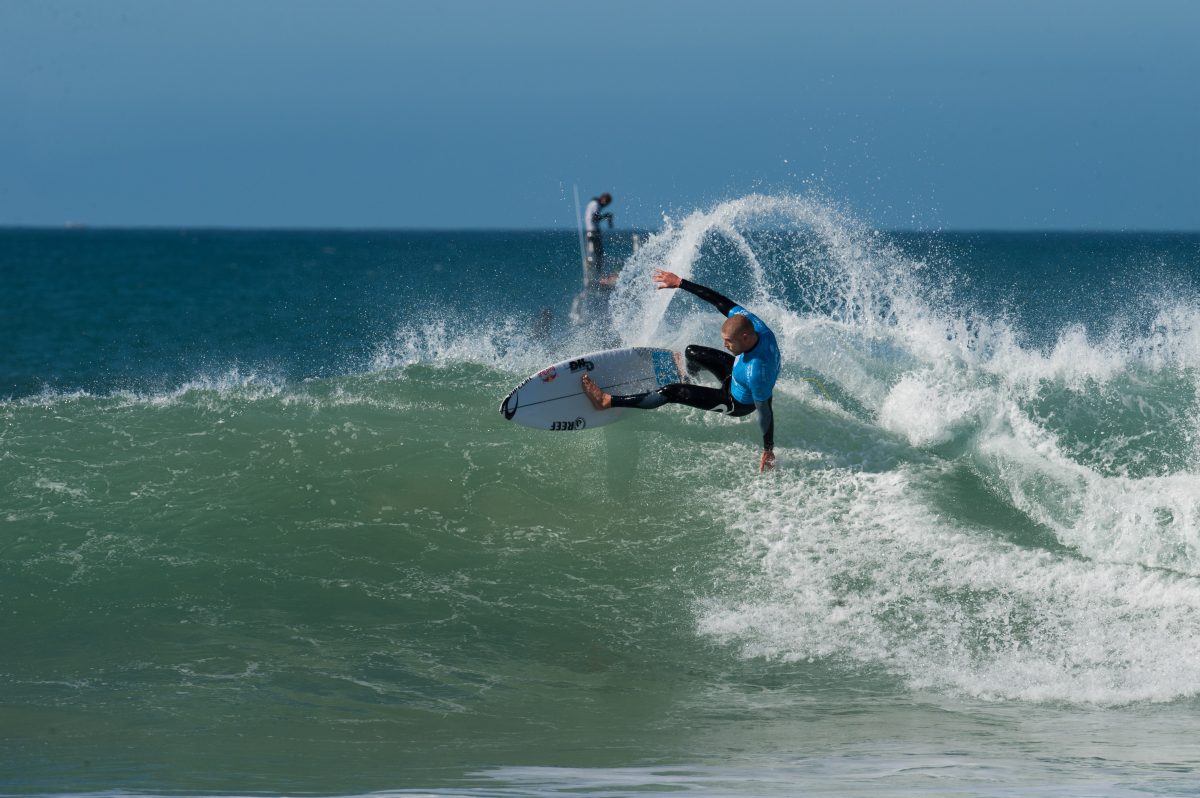 One of the most winningest surfers in JBay over the years has been Australian, Mick Fanning. The three times world champion is one of the fastest surfers on the planet, and his fast, down-the-line style is perfectly suited to the long, winding walls of Supertubes when the waves are good.

In 2002, when Fanning secured his first win at Supertubes, there were still three waves counting in the heats. Fanning’s score was 27.70 out of a possible 30 points, and he beat Australian powerhouse goofy-foot surfer Michael Lowe, who topped a score of 21.60 out of those possible 30 points.

By the time Fanning banked his second victory at JBay in 2006, the judging criteria was based on two waves and 20 points. Fanning came up against the now-retired fellow Australian, Taj Burrow, known as the best surfer to never have won a world title. In a bittersweet return, Burrow won the event the very next year, beating Kelly Slater in the process.

The last few years at JBay and the Corona Open JBay have been all about Fanning, with no one getting as many incredible rides, amassing more points and earning more prize money than the Australian natural footer. In 2014 Fanning came up against good friend and 2012 World Champion, Joel Parkinson, in excellent six-to-eight foot conditions and defeated him. It was a close final however, with both surfers flying down the line from Boneyards to Impossibles, getting multiple tube rides and huge opening carves, but in the end of the day the judges swung it Fanning’s way.

Then in 2015 the surfing world experienced a huge wake up after the final day of surfing at that year’s event. Fanning, in his second final in a row, was up against fellow Australian Julian Wilson when a Great White shark bumped him. It was only 2 minutes into the final when Fanning was bumped off his board and floated away from the creature before being picked up by a safety ski and whisked away to safety. Wilson, seeing what was going on, paddled up to Fanning in a bid to rescue him from the shark, but the rescue crew got to him in time as well. The media responded, and the video clip of the encounter went viral, sitting now on 24,5million views.

Last year Fanning brushed off his demons and paddled back out into the water at JBay for the Open, and surfed like his nickname, Fanning The Fire. He advanced all the way through to the final and defeated the current world champion John John Florence for his fourth contest victory at JBay.

Fanning will be back this year. He is tied with Kelly Slater with four victories each at JBay since 1996, and this year could break that tie for either of the two multiple world champion surfers.