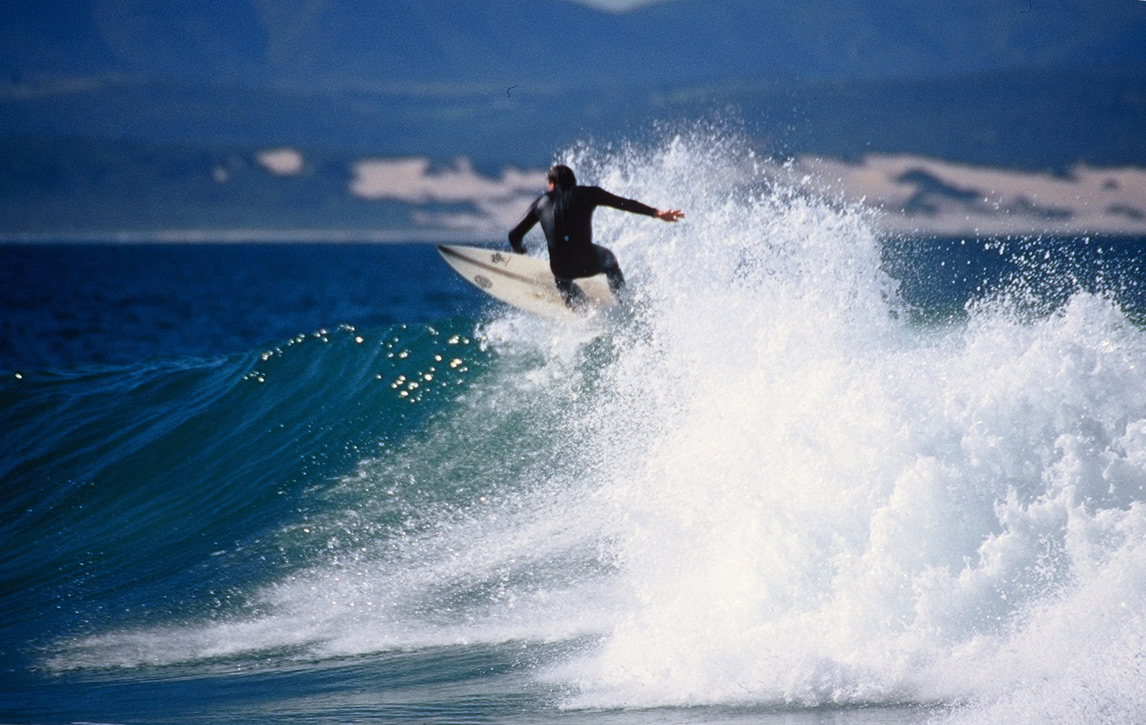 We chat to the JBU Supertrial swell forecaster and soothsayer Spike from www.wavescape.co.za

How difficult is it to forecast swell for JBay?
It can be a bit stressful when you’re not forecasting for your mates or yourself. However, it’s quite a straight forward equation when it comes to the swell direction and swell period needed for it to turn on in the average, normal (which is still world class) kind of way for JBay. The other factors that matter to other spots are not that crucial, like strength of the offshore, sand movement and tides. These make subtle differences (when it goes from the sublime to the ridiculous) but you don’t have to factor them in as much for ‘normal’ JBay. While JBay can be quite tough when working out storm intensity and angles and energy, it’s very forgiving with these more localised things – but makes a big difference at say New Pier in Durban for example.

What do you reckon your hit ratio is?

“Hit rates” can be subjective. It’s pretty good, maybe 9 out of 10, if you’re just making a general call about overall size and general conditions. Maybe it drops a bit when making an exact call about those subjective things that mean different things to different people, like ocean texture, wave quality, and the intervals and lulls between sets.

Did the #JBUSupertrial pan out surf wise as you expected?

I was worried when I first saw that giant storm about nine days before. It was coming in hard and fast and the swell looked too west at first, and the southerly component, when it came in, looked like it would be too late and onshore winds were predicted for that phase in the storm’s aftermath. However, as I studied it I began to get a sense of the sheer enormity of the storm, in terms of wind fetch and power, and in terms of the sheer amount of ambient energy that was going to cause the ocean to explode across an area the size of the whole of southern Africa. It was giant, absolutely giant, and with a lot of period. I think when you have 40 foot+ swell at 15 + seconds, you can be fairly confident a fair bit will wrap in, even when swell is going to be WSW going on SW, which is normally a bad swell direction for Supers. Even if you heavily penalised that swell, knocking off 80 to 90% of it, you’re still left with 4-6′ lines.

Do you see any difference in the seasons that everyone is talking about?
I don’t think I am old and wise enough to see the difference between ‘normal’ and what is different. Anecdotally, it seems that our seasons are bleeding into each other, with autumn coming 1-2 months late, and winter being a bit erratic. The Atlantic and Indian Ocean high pressure systems – driven by the Intertropical Convergence Zone – appear to be the culprits, whether from climate change and/or El Nino, with their positions way too far south for ‘normal’. The storms are bouncing around, mostly getting pushed further south by the high pressure cells, which means they are missing us. The interesting thing about the #dikWednesday storm was that it formed off South America almost due West of Cape Town, and it tracked OVER the top of the High pressure. As it approached SA, the high deepened below it, so instead of forcing it south as many others have been, it forced it to stay way higher than normal. As it approached, it became surrounded by high pressure cells all around it, including a cold sinking high over the land, which caused it to strengthen as it hit. Normally they weaken before landfall. That’s why it was so devastating for Cape Town, and why the berg winds were so fierce that drove the fires. The eye of the storm, or centre (I was recently chastised for calling it an eye because apparently you can only say eye if you’re talking about hurricanes or typhoons) was much higher north, and the main brunt of the storm – a lot of its energy and wind and storm swell and big rain – basically just slammed into the land.

Why is the rainfall so slight this year? What is the major climatological difference to years before, if any?
Bizarrely, south-placed Highs are pushing the storms south and their rain is falling into the sea.

What does the www.wavescape.co.za magic 8 ball tell you about the upcoming Corona Open JBay?

It does seem that we’re in a seesaw season of weird extremes. At the moment the highs are behaving and pushed further north and we’ve got a whole lot of what you might call normal winter swell coming for the rest of June into July. By the end of June it seems that the Highs are back to misbehaving, and don’t discount the chance of a couple more super storms klapping Cape Town, and some big weather pushing east. Certainly, the big Wednesday storm seems to have broken the seal, and there is proper winter stuff going on, with a lot of storms. Looks like we’re in for lots of extremes in cold, busting weather and giant swell oscillating with stiff High pressure-induced devils N winds and north easterlies.

Oh, and who is going to bet against Mick Fanning continuing his winning trend? Either way, if not Mick, then I would say it’s one of the “older” athletes. Maybe even Jordy Smith again. He’s pushing 30 so must definitely qualify in the ballie department. Surfing Supers well is about flow and composure, and tapping into the energy, rather than trying to force your move on the wave, which I am not sure the younger guys know how to do as much as the ou ballies.