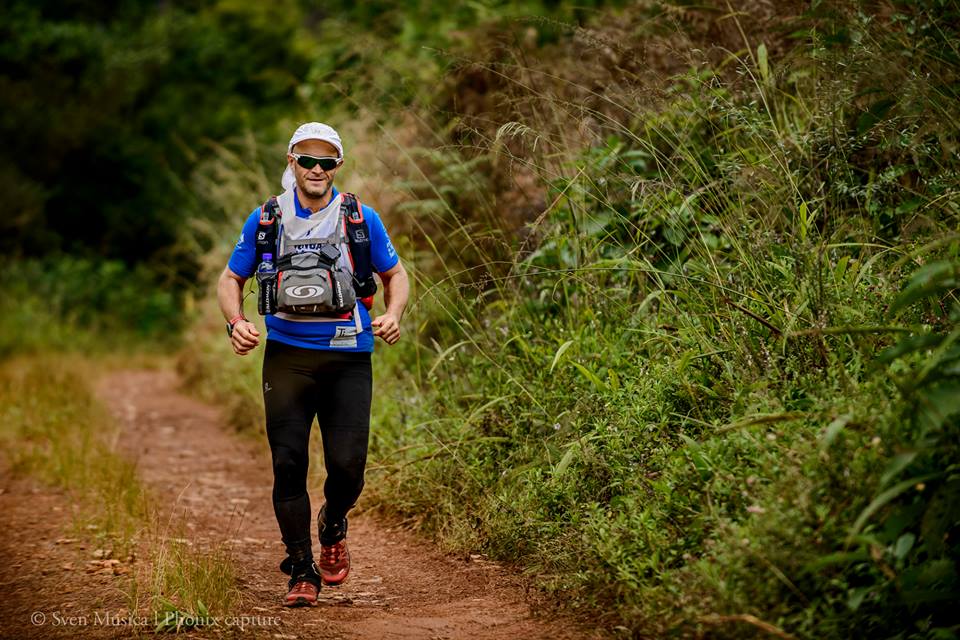 How did the idea of the Endurade JBayX trail run come about?

Little more than two years ago I was chatting to Koffie about a trail run event for the #JBaywinterfest and we were playing with the idea of more than one run during the whole winterfest period, but eventually realized that the logistics will be a big issue. So I came-up with the idea of three stages, all starting twelve hours apart and incorporating a night run. So it became a ‘compressed’ stage race.

How easy/difficult was it to pitch the idea to the event organizers?

I think the idea was very well accepted, with the JBay Winterfest committee buying into the idea from day one. I think it is sometime a bit more difficult to get the idea across to runners, as they tend to think ‘one stage – one day’ and we are doing three stages in little more than 24 hours. I still believe its a great concept and surely tests runners in a different way.

What was the biggest challenge with pulling off the first one?

What has been the best moment in the #JBayX thus far?

Seeing people who thought it was impossible for them to complete one 20Km run, finish all three and cherishing their medal!

On Stage one of the first ever JBayX our ground crew couldn’t find the waypoint, where runners had to cross the dunes into the Kabeljous Nature Reserve and only after the start was I informed. I had to race past the runners on a quad and call back the 1st group and get them back on track. Fortunately everything else went much better after that!

What has been the worst moment?

Having an issue with the timing at one of the events at the 2016 race, where two of the lady runners’ times were swapped around and we had the wrong person on the podium!

What are your predictions for the 2017 event?

We are very excited about the 2017 event! Not only will SA’s golden couple of trail running be taking part, they will also be presenting a trail running workshop, made possible by Sea Whisper Guest House on Friday 21 July 2017. Tickets for the Event and the Workshop is available via Quicket – http://qkt.io/2017jbayx

Runners are reminded that the three-stage trail run entries will close on 30 June 2017!