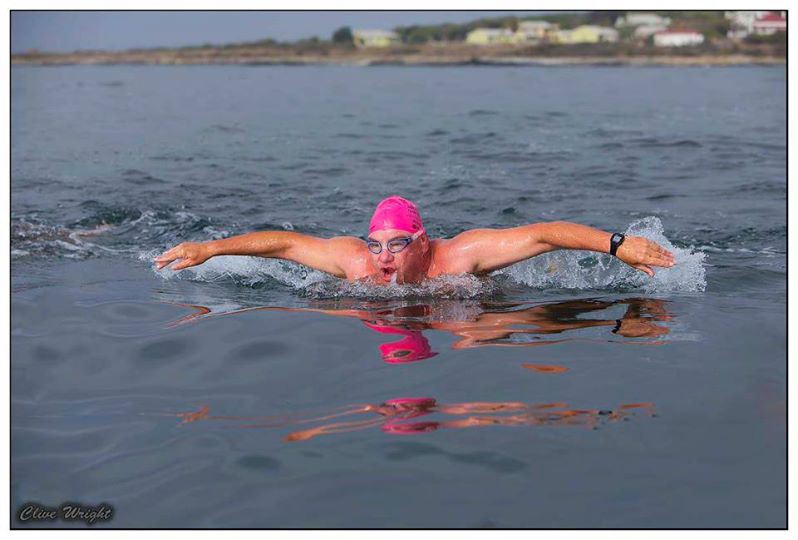 How did the idea of the Cold Water Swim come about?

A group of Eastern Cape swimmers began training for the 2011 Robben Island Freedom Swim, which took place at the end of April that year and we discovered that the water in Marina Martinique was consistently around 13/14 C. In 2013 we held the first Cold Water Classic and the swim is now an official Robben Island qualifier.

How easy/difficult was it to pitch the idea to the JBWF organizers?

The organizers recognized straight away that the Cold Water Classic was an extreme event as most of the swimmers would be adhering to Channel Rules which means you only allowed to wear a speedo type costume, goggles and a swim cap – no wetsuit. The swim was a perfect fit for the concept of a Winterfest

What was the biggest challenge with pulling off the first one?

What has been the best moment in the CWS thus far?

Swimmers finish the event and seeing them realize that they could handle (physically and mentally) a swim in extremely cold water and were capable of taking on the biggest challenge of them all – Robben Island.

What has been the worst moment?

The 2015 event when we had hard rain, 11.5 C water and just really bad conditions. The positive was only two swimmers withdrew during the swim because they got too cold.

What are your predictions for the 2017 event? Anyone new set to step up to the plate?

We have two young swimmers who have entered this year. Issataya Bredell (8yrs) will be attempting to be the youngest swimmer to ever complete the Mile wearing her costume, while older sister Abriella (10yrs) will be attempting the triple mile as part of her journey to become the youngest swimmer to ever swim Robben Island to Blouberg later in the year.