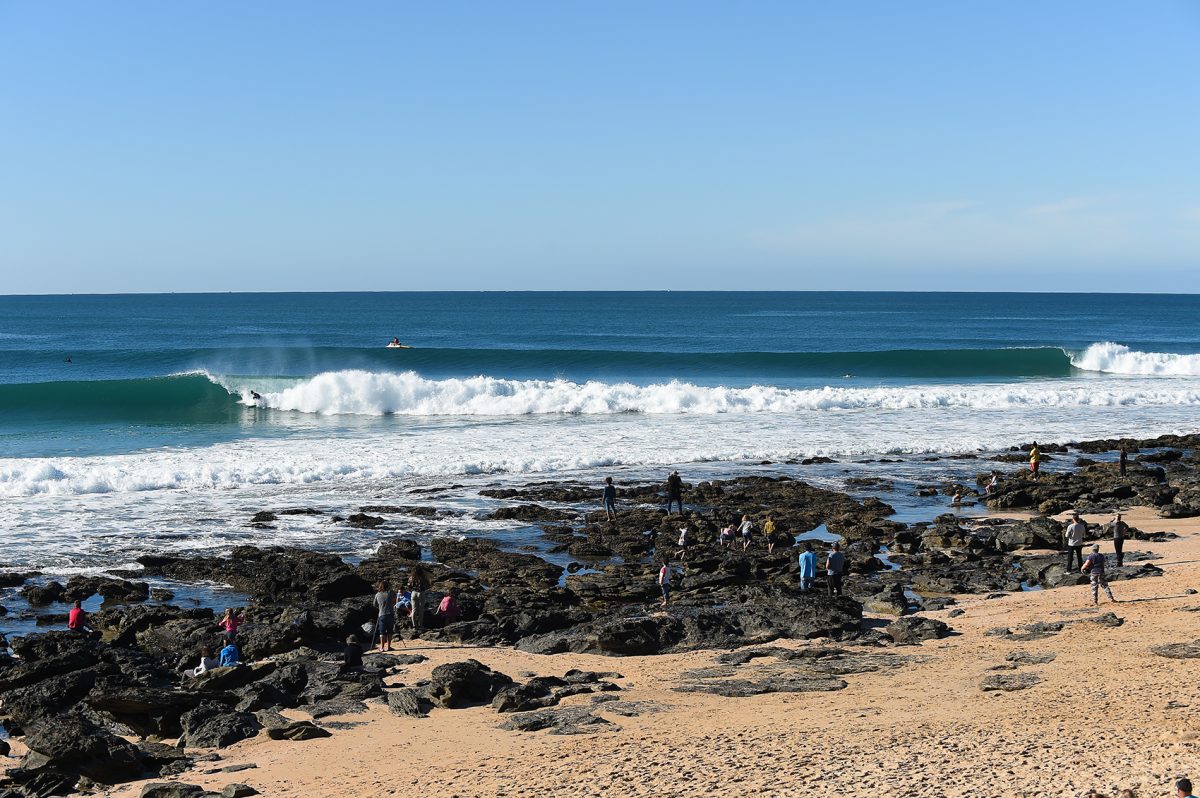 Supertubes, JBay – for the third day in a row Supertubes in Jeffreys Bay turned on for a full day of incredible surfing, with a number of big results and a fair share of upsets. South African Jordy Smith again showed his local knowledge in the lineup, advancing through the day’s heats to make it through to the quarter-finals set to run tomorrow.

The big Australian Wade Carmichael was another stand-out surfer who surfed with power and flair in the six-foot surf that thundered down the point. Carmichael surfed solid and strong, belting the bigger sets all the way down to the Impossibles section and being rewarded for his confident approach by the assembled judges. 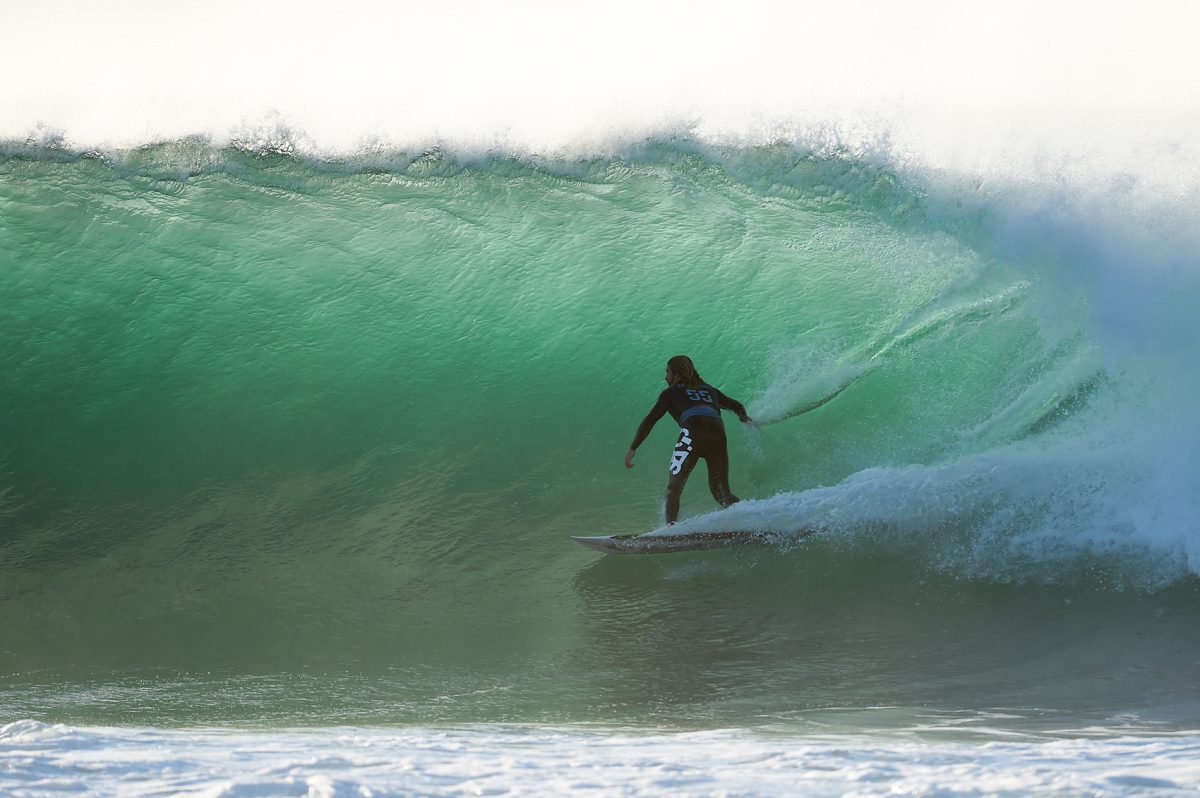 Last year’s event winner Filipe Toledo tore into the set waves, and was awarded one of the highest single wave scores of the day for one wave that he totally destroyed with six searing off the top moves, and despite falling off at the end had done enough in the eyes of the judges to be awarded a nearly perfect score. 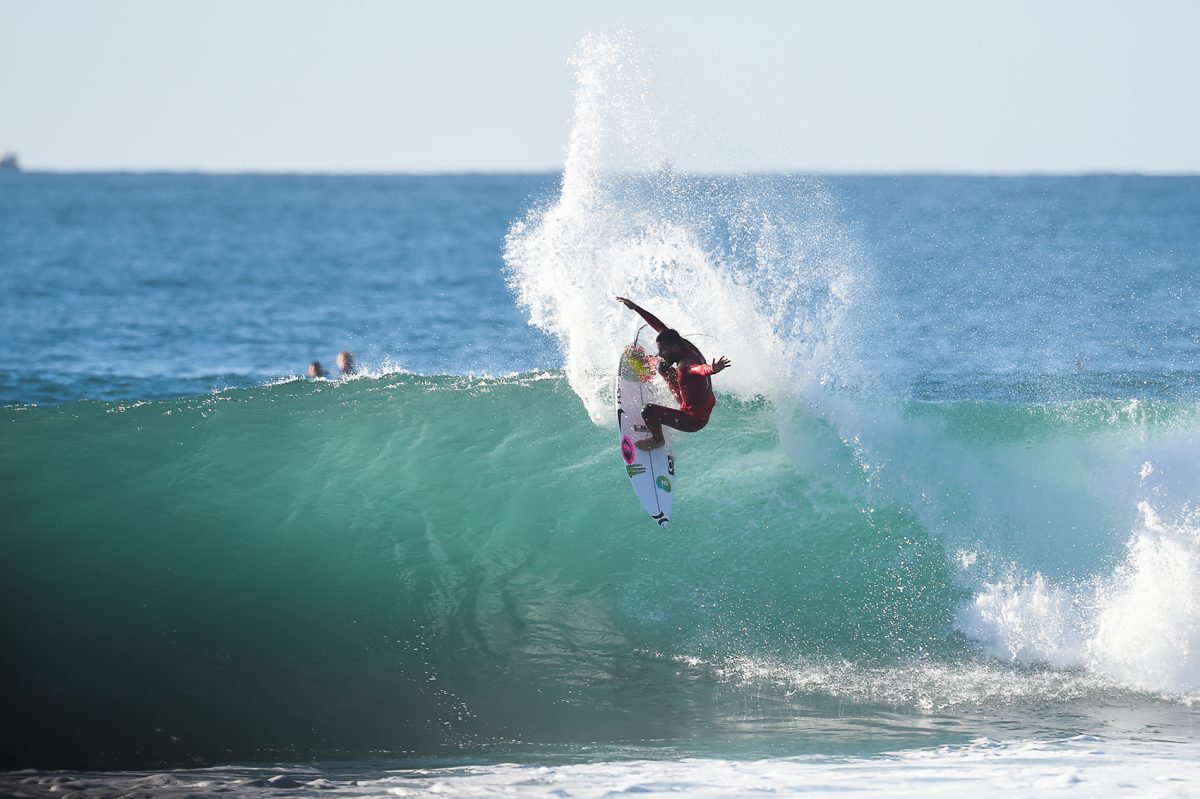 Joel Parkinson from Australia won this event as a rookie in 1999 and then again in 2009, ten years later. He announced his retirement from professional surfing in JBay and will be surfing the rest of the season as his last season on tour. He has been a full-time competitor for 18 years and has a World Title to his name already. He came up against the previously-mentioned Jordy Smith and Californian surfer Conner Coffin in their fourth round heat. All three surfers are classic rails surfers, and all three surf with style, panache and precision. It was a close heat, and at the final hooter it was Coffin who took the win, with Smith in second. Parko was unfortunately eliminated from the event, the last time he will be surfing in JBay as a Championship Tour competitor. 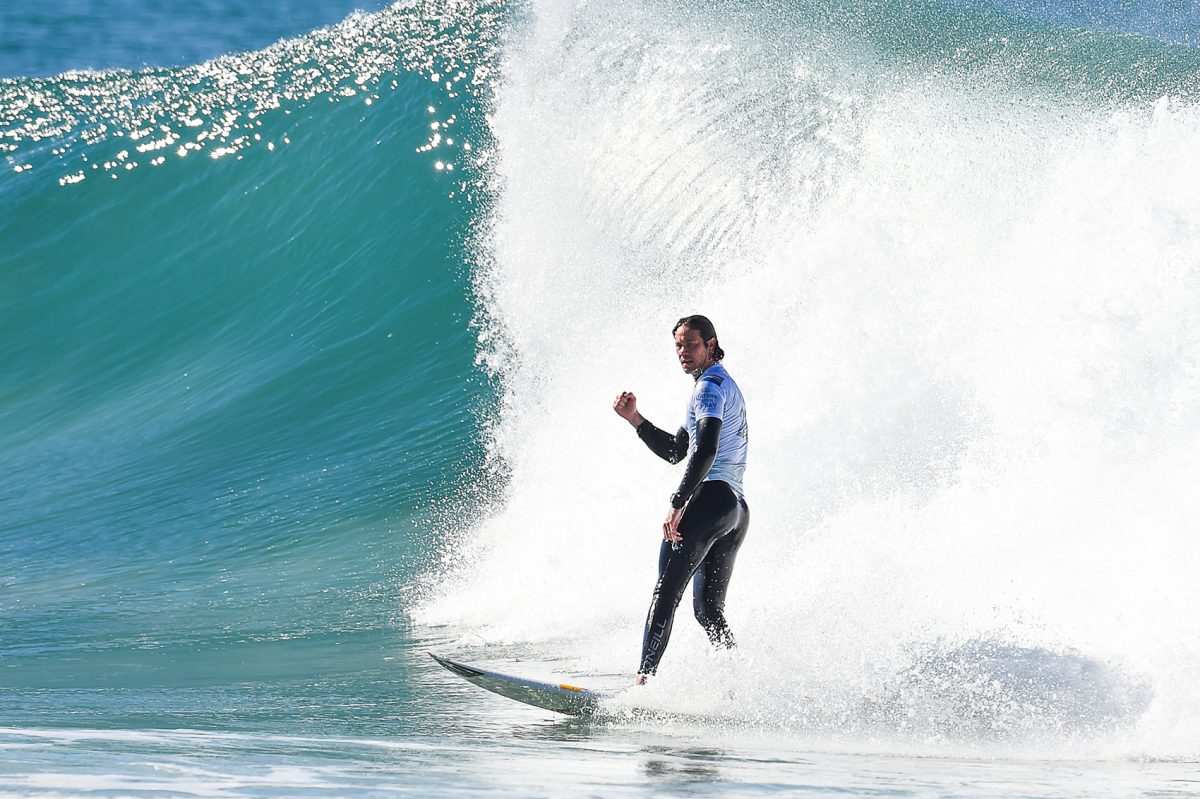 Julian Wilson, the current Jeep Leaderboard leader and the surfer who has a very good chance of winning his first world title this year, kept his momentum going throughout the day’s surfing to advance to the quarter-finals. 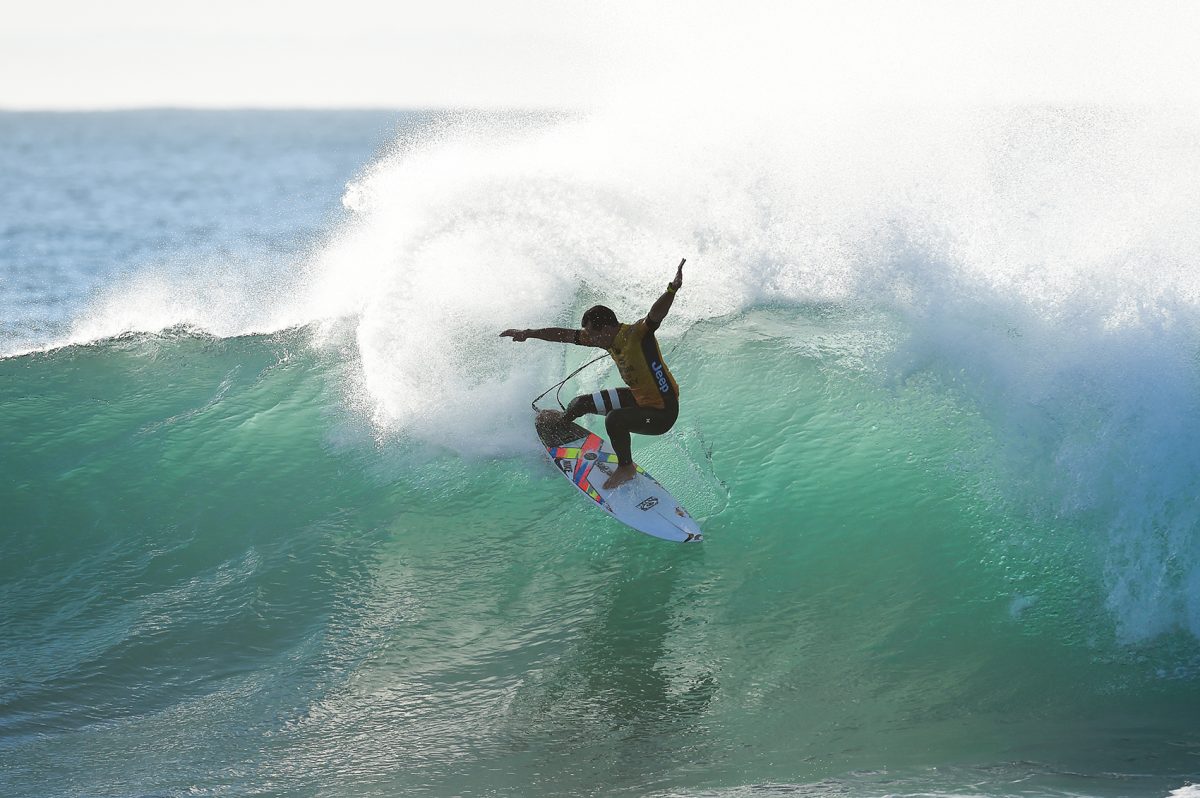 Former world champion Gabriel Medina is another surfer who advanced today, and was looking extremely polished and hungry throughout the day’s performances. Medina surfs with his back to the wave, and was one of the stand-out goofy-foots of the day. 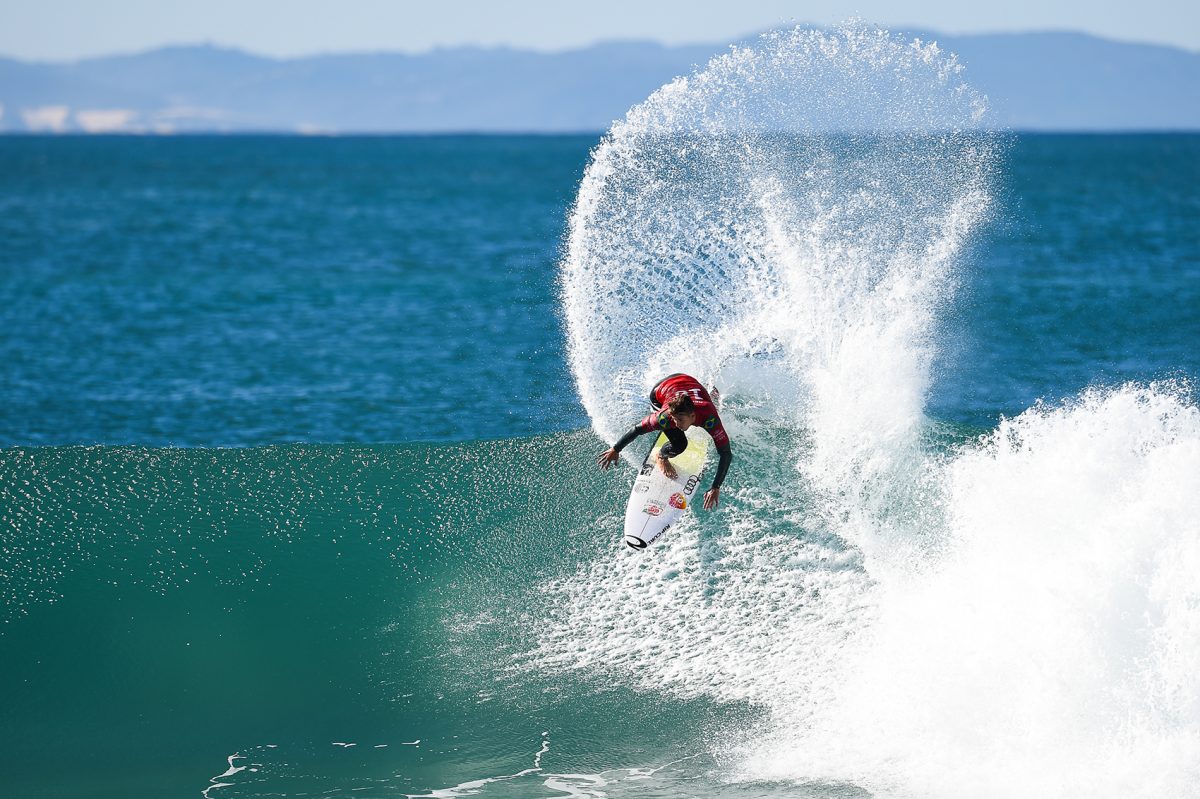 Event wildcard Mikey Wright was another surfer who looked like he had figured out the dynamics of the complex Supertubes line-up, but after a few uncharacteristic mistakes, was eliminated from the competition.

The forecast for tomorrow looks excellent, with a slightly larger swell on the way, and good winds in the morning. There is every chance that a champion will be crowned by lunchtime. Stay tuned.