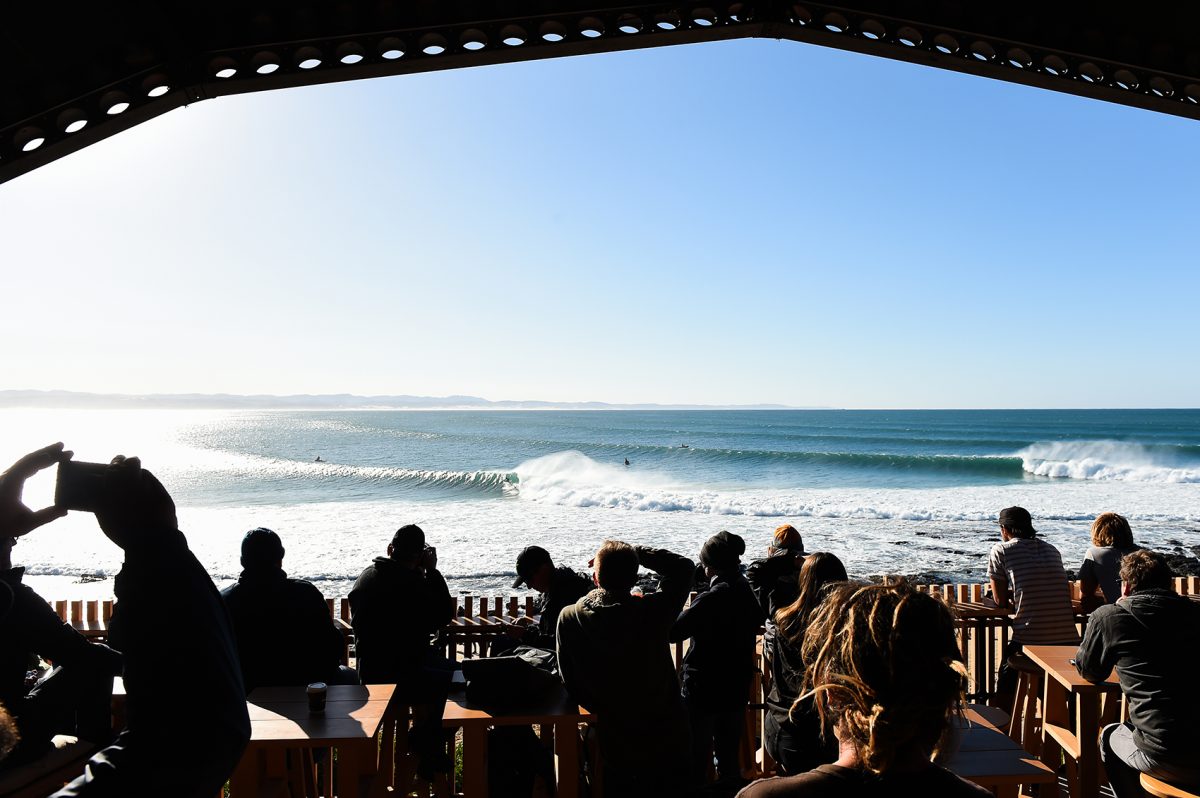 Once again we had a visit by a Great White, a mature adult ( ! ) – only this time it was about 400 meters away and the Spotter Plane got it long before it posed any threat. Jordy Smith was about to paddle out for his round three encounter when it was spotted, and as per protocol, the contest was stopped and the shark was monitored until it had moved away. 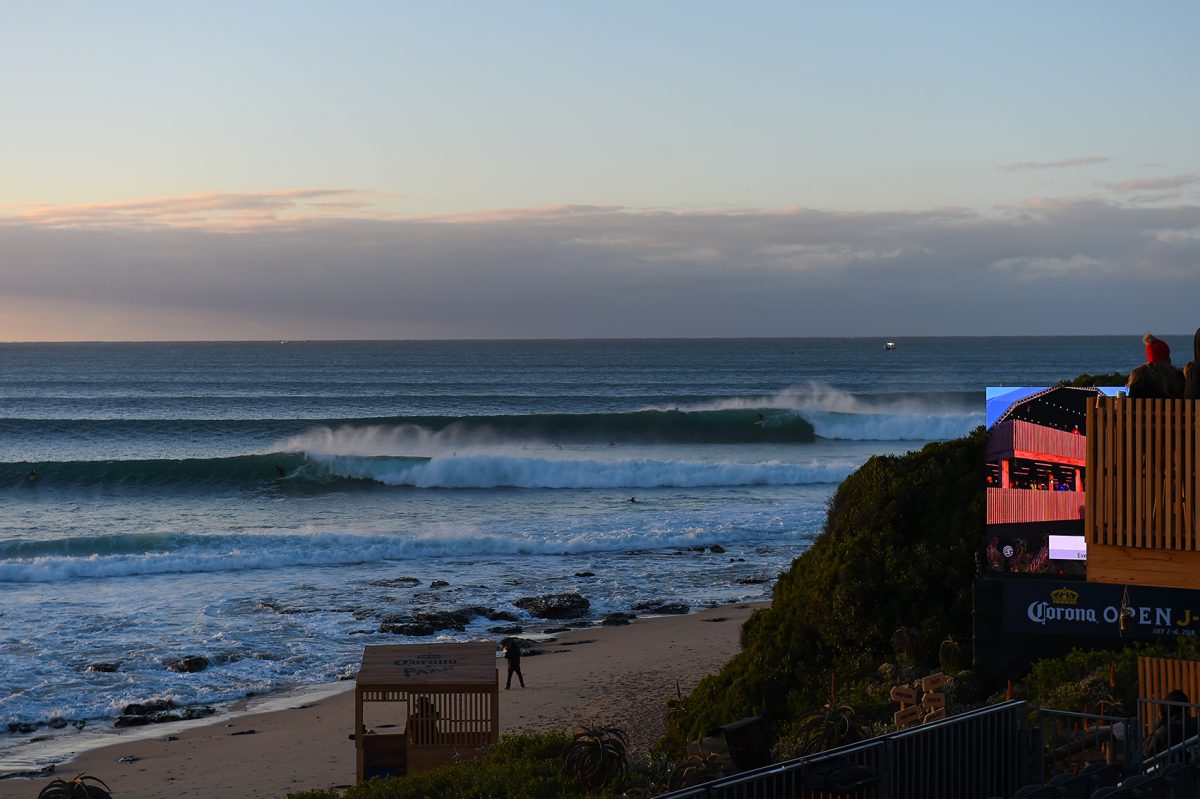 It was first spotted by the Spotter Plane before the rest of the shark mitigation team kicked in. The Corona Open JBay has a solid and well-planned system in case of shark incidents, including the previously mentioned Spotter Plane, three jetskies in the water, a drone doing spotter duties, and a land based spotter system. It is well thought out and decisive. The surfers are covered.

After the shark had moved on, Jordy then paddled back out for his heat against Tomas Hermes, the Brazilian rookie, and showed him and the rest of the world just how in-depth and innate his knowledge of Supers is – it’s in his DNA. Jordy has two wins behind him at Supers, and a third is totally within his grasp. He dominated the heat, despite Hermes showing good form and approach throughout the day’s surfing. 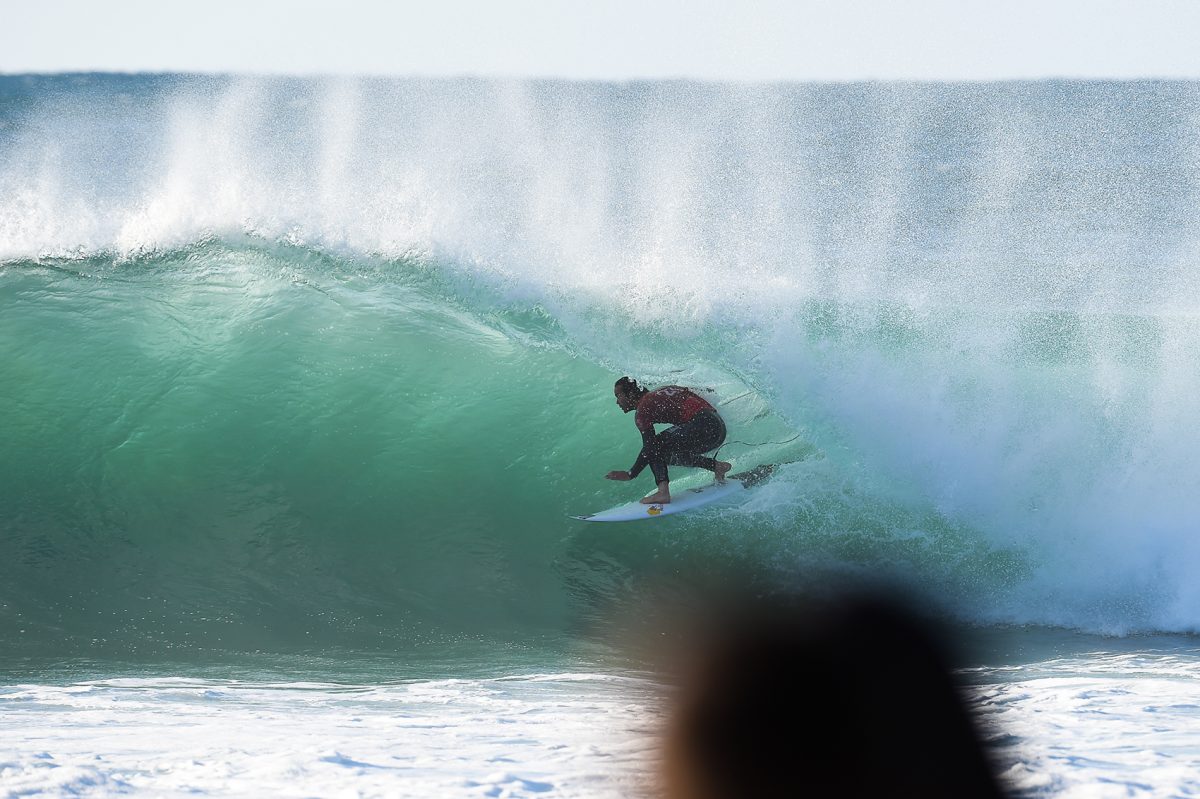 It was an incredible day of waves at Supers and the forecast looks extremely promising for the next few days. Stay tuned for more.