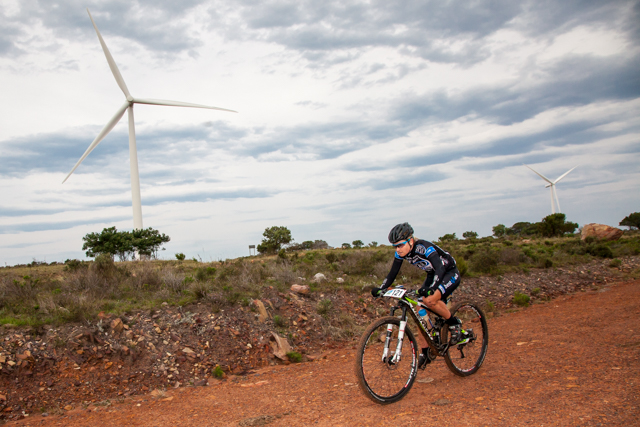 In a calendar flooded with events, there are two main reasons that govern choice for mountain bikers: Firstly riding a route or trail they usually would not have access to; and, secondly the iconic stature of the race.

After three highly successful years, the JBay MTB Open has established itself as an event which easily ticks both boxes. The resounding success of the 2015 event was a testament to this and three-time women’s category winner – the legendary Anriëtte Schoeman – summed it up best when she said: “I’m going to frame this medal and give it pride of place in my trophy cabinet.”

Schoeman was referring to the route – the spectacular scenery, beautiful singletrack and overall challenging ‘real mountain-biking’ nature of the 80-kilometre route. But, the 2015 event was not only significant for its improvements in the route, it also saw developments in terms of the host venue – at Kabeljous Lagoon ‘hub’ for the first time – which made it a cornerstone event in the JBay Winterfest.

The fourth edition – happening on 16 July 2016 – will once again offer something for riders of a range of fitness and skill levels.

The race village will once again be situated at Kabeljous, and, as in the past, the event will feature three routes: 40km, 60km and 85km.

The longer routes will take in the spectacular trails of Impala Ranch. The land on which Impala Ranch is built, has been a private game farm for the past 20 years with access only for family and friends of the landowner. During that time the farm has been regularly stocked with superb specimens of a wide range of animals. All trails have been built to IMBA standards and we have been affiliated with the AMA with full public liability insurance in place for trail building, events and general riding.

ONE OF A KIND

The event also carries the unique distinction of being the only MTB event in Africa to run through a wind farm. Riders taking part in all three routes will be racing through the wind farm, riding along roads that are interspersed by 80m tall wind turbines towers, spread more than 500m apart. The wind farm site spans 3 700 hectares on which there are 60 wind turbines. This project is one of the first and largest wind farms in South Africa.