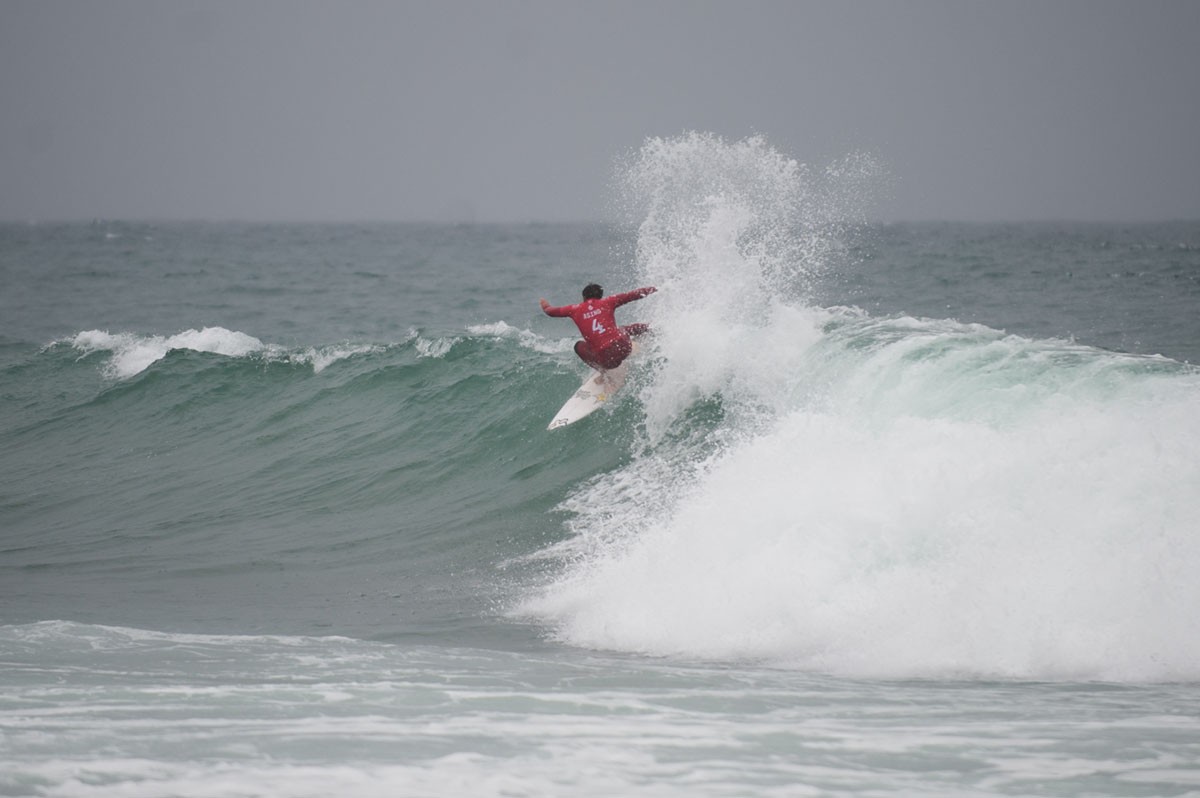 A resurgent Gabriel Medina continued his form today to win the much-touted ‘super heat (and with 11-time world champ Kelly Slater and defending event-champ Mick Fanning. If not a high-scoring affair, it had its moments with flashes of brilliance in a ding-dong battle between Medina and Slater. Both are due for a big result and it showed.

It was a rather cold and rainy day with tricky light-onshore lumps wobbling down the point at Supertubes, but the faithful came out to support the world’d best and the stands were packed. Running today was also something of a forced call, as round four is a non-elimination round and the fact that they ran it takes a lot of pressure off tomorrow (the final day of the waiting period and the final day of the JBay Winterfest presented by Woodlands Dairy).

The other Brazilian who shone was injury substitute, Alejo Muniz, who continued his giant killing ways (he took down world number two, Filipe Toledo in round three). Muniz lead from start to finish against rookie Keanu Asing and Michel Bourez and seemed to be in the best rhythm with the tricky conditions.

Tomorrow will see a winner crowned.