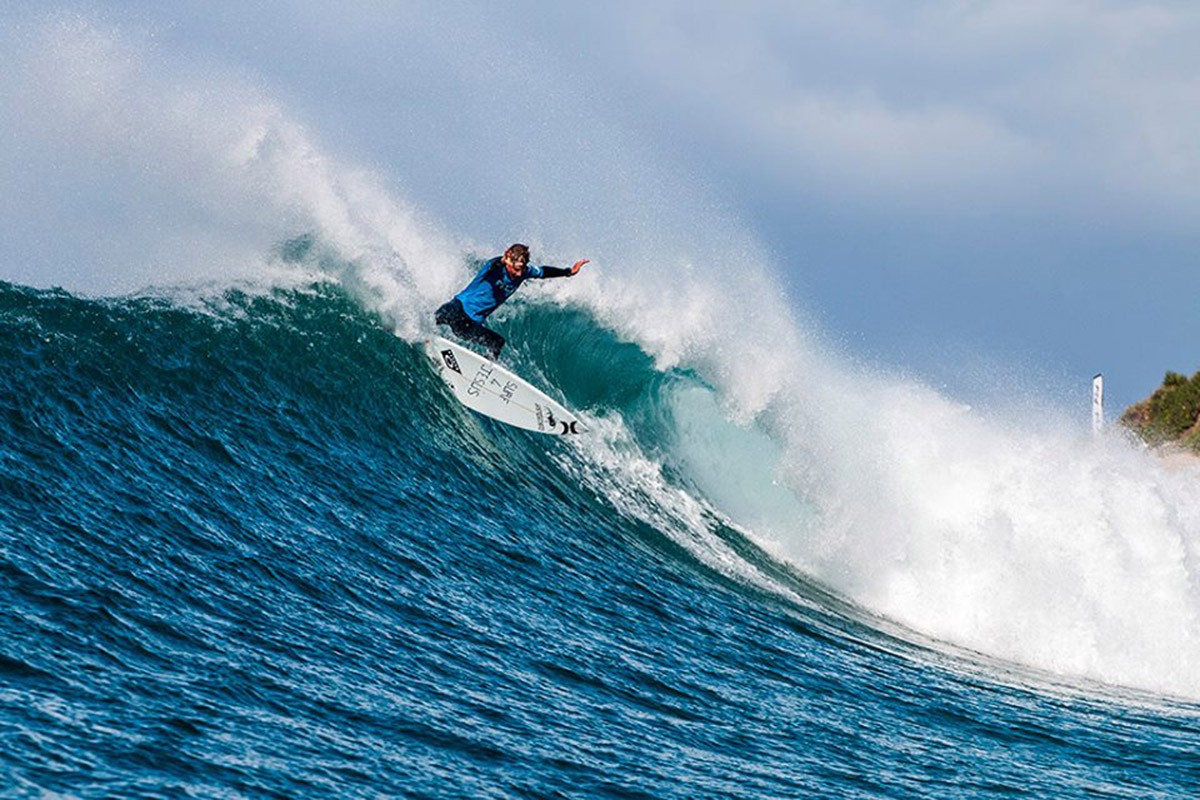 The surfers are a mix of hard-earned experience and young blood, of local Supertubes talent, and others from as far afield as Durban and Cape Town.

After a lengthy selection process, the first 8 surfers were finally selected for the JBU Supertrial presented by RVCA.

The JBU Supertrial is an invite-only event that gives a wildcard into the World Surf League Championship Tour event, the JBay Open. To get a wildcard into what is the most prestigious surf event in the country will see that surfer win a minimum of $9,000 (R109,000), but also a chance to surf against the best surfers in the world.

The JBU Supertrial is set to take place at Supertubes, arguably one of the best right-hand point-breaks in the surfing world and the contest venue for the JBay Open. Selection of the top 8 surfers for the JBU Supertrial took into account their previous experience at Supers, as well as recent performances at the break. The waiting period for the JBU Supertrial is 1-12 June, and the contest needs one full day to complete. These 8 surfers selected are seeded directly into the quarterfinals, and the second group of 8 surfers will be decided from the outcome of the first round.

“I’m stoked to get into the event,” said last year’s event winner Lightfoot from JBay. “I have been surfing Supers non-stop the last few weeks so have had loads of practice. I always look forward to surfing Supers with just three other guys out. Hopefully we get a good run of swell this year.”

Dale Staples from St Francis Bay is another surfer who can excel at Supertubes. Three years ago, when the event was a WQS event, he was the highest placed South African, defeating John John Florence on his way through to a quarterfinal finish.

Slade Prestwich from Durban is a surfer who turns heads wherever he paddles out, and is a favourite to do well at Supers. His smooth and powerful forehand approach suits the long walls of Supertubes perfectly, and Slade is at home in the barrel. Slade won the Volcom VQS Global Championships at Cloudbreak in Fiji in 2013, and is now competing on the WQS.

Beyrick de Vries made his name in November 2013 when he paddled into a monster of a wave at Sunset Beach in Hawaii, pulled into a giant tube, and scored a perfect 10 point ride at one of the most challenging waves in the world. To watch that ride – https://www.youtube.com/watch?v=1PqruE5V1EU

He is also confident at Supertubes, has a full array of new school surfing moves in his repertoire, and prefers it when it gets a bit more solid.

Sean Holmes from Cape Town, still recognised as the best wildcard at JBay, and known throughout the surfing world as ‘The Nemesis’ was equally excited about his inclusion. “I’m super excited to be selected for the JBU Supertrial. It’s such a cool event with a real local feel,” said Holmes on hearing the news about his inclusion. “The fact that it presents an opportunity to possibly surf against the best in the world on local soil is the cherry on the cake!

The JBU Supertrial presented by RVCA is a precursor to the JBay Winterfest.